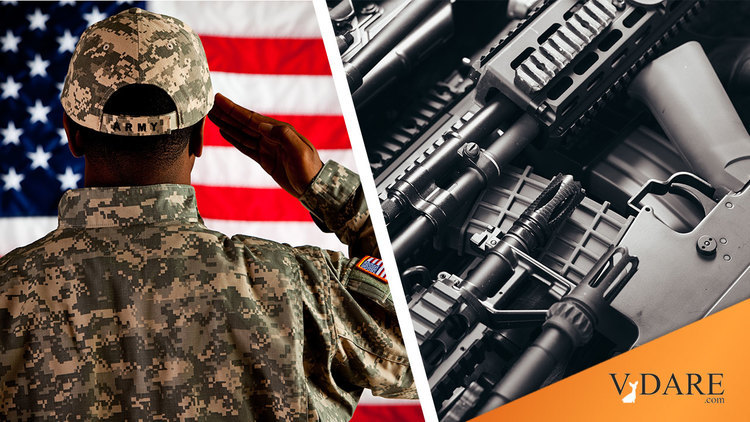 An Ex-Paratrooper Comments On The Black Gunrunners At Fort Campbell

From: An Ex-Paratrooper [Email him]

The photo of the black soldier saluting the flag that accompanies your article really does your article no good. The photo is obviously a staged shot showing a non-soldier (his cap is clearly not a regulation Army cap, and his collar is turned up—no one wears the uniform like that except actors and models who don't know what they're doing), and since this took place at Fort Campbell, home to the 101st Airborne Division (Air Assault), the former parachute unit that converted to helicopter-landing during the Vietnam War, you'd be better off replacing the fake soldier photo with the shoulder patch of the 101st, which also happens to be the unit to which these three deadbeats are assigned.

Other than that, it was an excellent article and I've forwarded the URL to a number of my fellow ex-paratrooper friends. Unfortunately I can't say this is a recent development or that "this didn't happen in my day." Two friends were in the Army 50 years ago and such things were common then as well.

James Fulford writes: It's quite true that the picture, above, is a stock photo of a guy who's wearing, now that I look at it, a camo baseball cap, rather than a uniform one. That's deliberate—we don't have mugshots of the accused soldiers, Demarcus Adams, 21; Jarius Brunson, 22; and Brandon Miller, 22, because federal authorities haven't provided them. We only know that the accused are black because (a) names, and (b) South Side of Chicago.

However, it's an appropriate stock photo, as the linked MSM story starts out "Three U.S. Army soldiers who took an oath to defend this country stood charged Tuesday night with running guns to Chicago." 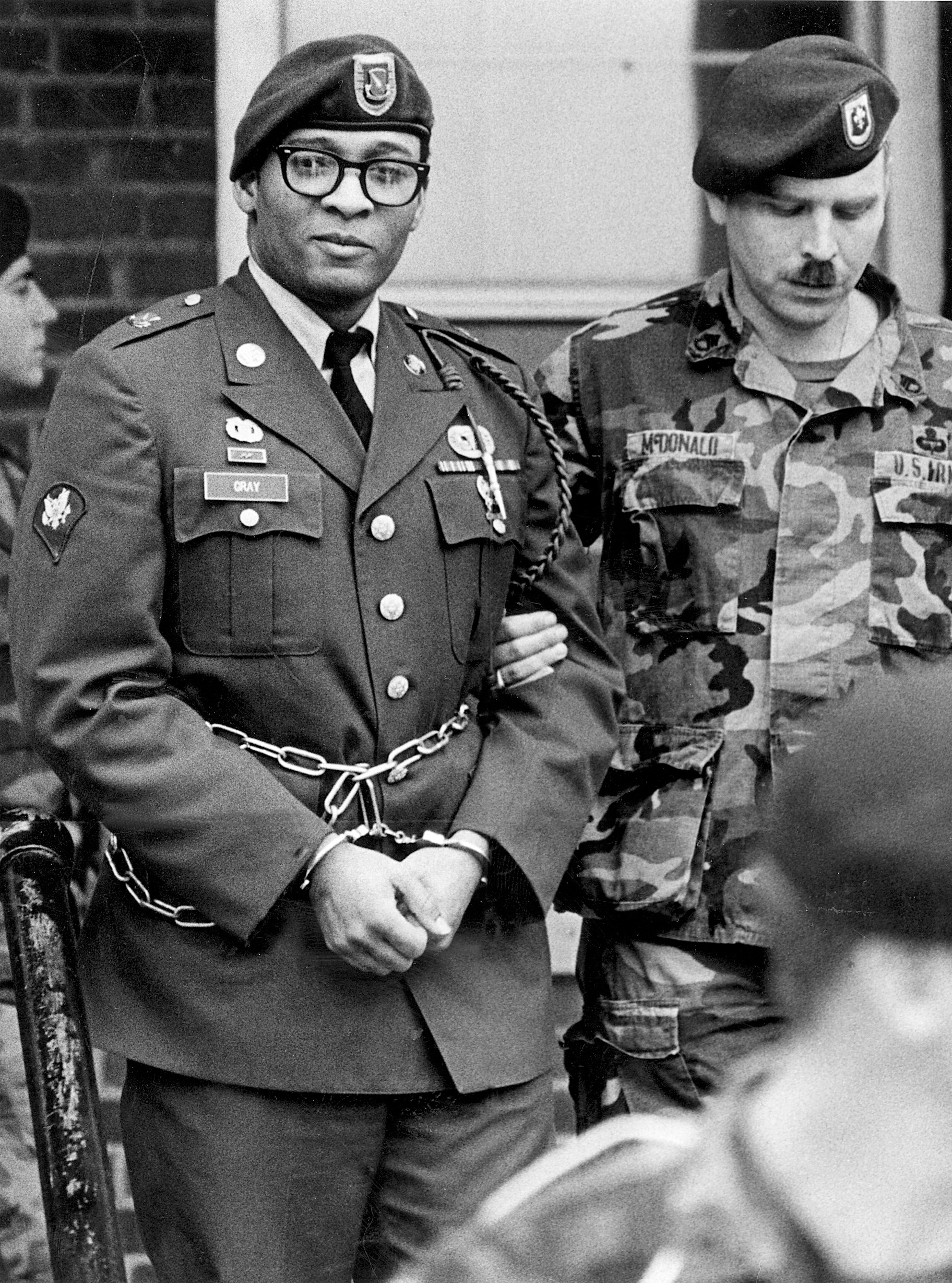 If you would like examples of how this kind of thing has been going on for years, see my article The Multicultural Military Success Story—Its (Deliberately) Forgotten Failures, and Diversity in the Army, by Duncan Hengest, American Renaissance, January 2008.

If you want to see an example of someone in correct  uniform, here's a photograph of Ronald A. Gray, convicted of multiple rapes and murders of white women in the Fort Bragg area in 1988...and still not executed [Couldn’t Happen to a Nicer Guy Dep’t, Weaponsman Blog, December 29, 2016].