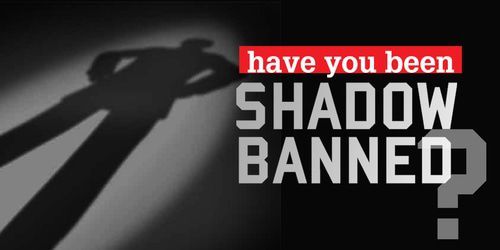 From: Henry Wolff [Email him]

Thanks for your concern about Google shadowbanning us. I ran the search myself, though, and found our re-posted review on page 4 of the Google results. I tried in different browsers and on an incognito window and got the same result.

Also, if Google did downgrade that article, I wouldn't be surprised. Google prioritizes recency, and it recognizes re-posted material, so a dug up review from 2002 isn't likely to perform well.

Of course,  recency is only one thing Google takes into account. The other factors (often lumped under "relevance" and "authority") could explain why results don't appear in chronological order.

Google probably has done something that has downgraded AR results.

I think that's unquestionably the case with the results for "race and crime." They've done something, but as to whether that something is nefarious (as "shadowbanning" suggests) or not, we can only guess.

Henry Wolff writes at American Renaissance, and can be frequently heard on its podcasts.

Chris Roberts writes: Curious. I tried the search again on Google and the AR review is not appearing on page four of my Google results. It is possible that this is a function of Henry Wolff and I being in different countries. Regardless, the difference between page four and page one is enormous, as most searchers do not click beyond page one.

Yes, it is an old review, and yes, Google does often prioritize recency. However, recency matters less with book reviews, and Bing and DuckDuckGo are both certainly taking into account the age of the review as well. On page two of my Google results, I see reviews for 2002, 2003, and 2004—but not in chronological order.

The discrepancy between search engines is big no matter how you cut it.

As you know, Google searches for "race and crime" used to return AR content at very high rates, and that was suddenly cut off a few months ago, with appreciable effects on Amren.com's traffic. Take a look at the different AR rankings for that phrase on DuckDuckGo and Google right now.

The crime and the Swain review cannot be unrelated. There is a pattern.