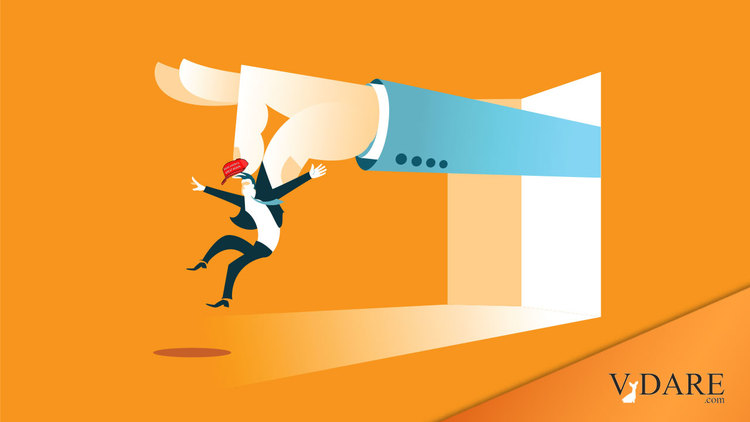 Re: Daughter Gets Mother Fired For Trump Support As Snitch Culture Grows

From: An Anonymous Reader [Email him]

I was suspended the day after Election Day from one of the biggest food distribution industries in America and terminated a week later for some pro-Trump statements that questioned the hysteria about Trump.

That’s only the beginning. When I got pulled into the managers office, he told me I needed to have my head examined and to seek mental help. Also he refused to let me speak on my behalf, saying my side doesn’t matter. After I went home he went to my fellow coworkers and told them that they better make a statement or I’m going to lump you in with the bad guys like me and the bigots. You’re either part of the problem or part of the solution, America has a serious racist problem.

I had a meeting with my manager's boss and he basically told me that my manager was just excited by the election and it’s OK. But my actions needed investigating further as to figure out if I said it out of anger or in jest. I insisted it was all satirical but he told me that he would be the judge of that.

He also voluntarily informed me that he had to kick someone out of the break room for reading a Bible. So I asked him "Why would you do that and let anyone toss a rug down and pray to Allah whenever they want?" He had no answer to that, he avoided the question.

I hear all around my area this past week about tons of people being put on leave or fired for showing up to the Trump rally on the 6th. And every interview for a job I have gone through, that is one of the questions: "Do I or have I ever supported Donald trump?" No job has offered me a position as of yet, but hopefully  2021 will be a better outcome.