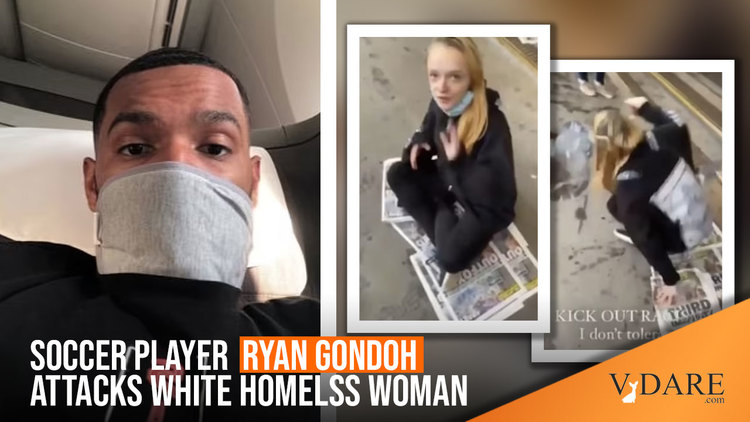 Re: Black Male Dunkin' Worker Kills 77-Year-Old With One Punch

From: A Canadian Reader [Email him] 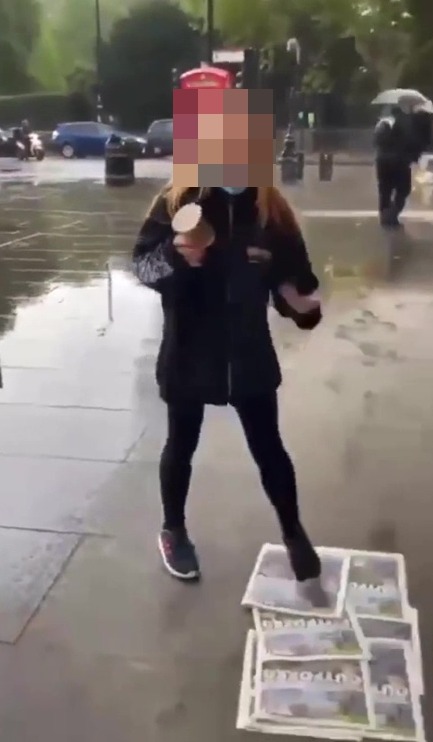 Maybe I missed it, but I didn't see this story on VDARE. com. I watched the video a few days ago and I'm still angry.

In the shocking footage she denies calling him a racial slur, before repeatedly saying it again.

Gondoh then kicks her cup of change over and calls her a "tramp".

He later returns as she sits outside the west London station with a mask on, and says he wants apologise.

But he pulls out a bottle of water and sprays it all over the woman, before she runs into the station.

The clash appears to have happened after the homeless woman accused Gondoh of not giving her enough money - calling him "greedy" before unleashing a racist tirade.

His football team is taking his side. [Wealdstone shocked by “disturbing and disgusting” abuse of winger Ryan Gondoh,  The Non-League Football Paper, May 30, 2021]

Two versions of the video: