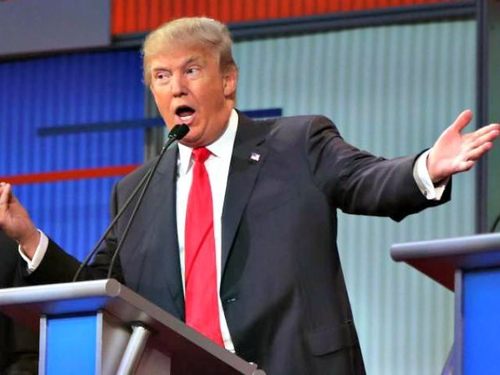 Re: An Illinois Reader Would Be Happy To See Trump Run As A Third Party Candidate—If It Would Break The Useless GOP

From: Joseph Morabito [Email him]

From Wikipedia article on the Vietnamese city of B?n Tre.

"A famous quote from the Vietnam War was a statement attributed to an unnamed U.S. officer by AP correspondent Peter Arnett in his writing about B?n Tre city on February 7, 1968:

'It became necessary to destroy the town to save it',  a United States major said today. He was talking about the decision by allied commanders to bomb and shell the town regardless of civilian casualties, to rout the Vietcong.'"

A modern version of that line can be applied to today's political scene: "It's now becoming necessary to destroy the Republican Party to save it". How much longer can voters tolerate the mealy-mouth mush of "secure the border", "guest worker program", "pay a fine", blah blah as the GOP's solution to the issue of illegal immigration?

Just the threat of a Third-Party run by Donald Trump is making the Republican Establishment quake in their boots. They're probably even more worried that a Trump presidency would shut them out of those patronage plum positions like ambassadorships, too.