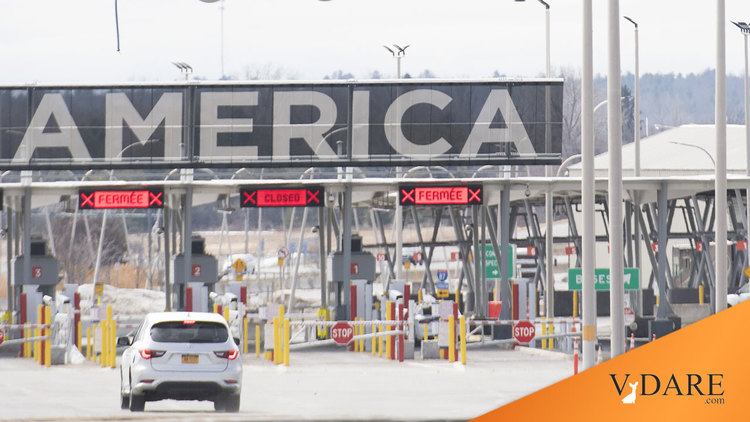 From: A Canadian Reader [Email him]

For an excellent example of anarcho-tyranny on a continental scale, unfolding before our very eyes, contrast the law-abiding Canadian border, still closed to entry from Canada, with the Mexican border, seeing invasion on a scale unmatched since Barbarossa.

Many Canadians are familiar with the often explosive politics in the U.S. regarding the Mexican border—Trump’s longtime cries of “build a wall,” for example, were loud enough to be heard up north. But Canadians considering whether they can vacation in Florida or shop at a Target in Buffalo may not think that has anything to do with them.

Yet in conversations with those inside and outside the U.S. government who follow Canadian border issues closely, the subject of the Mexican border frequently comes up.

“The issue is always that the U.S. has two borders,” trade lawyer Dan Ujczo said recently. He works on Canada-U.S. trade issues, and previously worked in the U.S. Department of Homeland Security and on border issues in the Canadian government. “We can’t do something for Canada that we’re not going to do for Mexico, and the situation in Mexico is awful right now.”

[Why won’t Joe Biden reopen the border with Canada? An email from Donald Trump holds a clue, by Edward Keenan, August 9, 2021]

There is, as far as I know, no rule in American or international law that prevents the U.S. government from treating Mexico and the U.S. as two separate countries, especially on public health questions, but apparently there are people in the DHS who feel otherwise.

Anarcho-Tyranny means that the Biden Administration refuses to protect the Southern Border from unvaccinated Third World illegals, but is quite capable of refusing entry to vaccinated Canadian tourists lining up at the Buffalo border crossing.

Post
Why Is Legal For The Biden Admin To Give A Left-Wing Foundation $158 Million To Help Stop Illegals Being Deported? 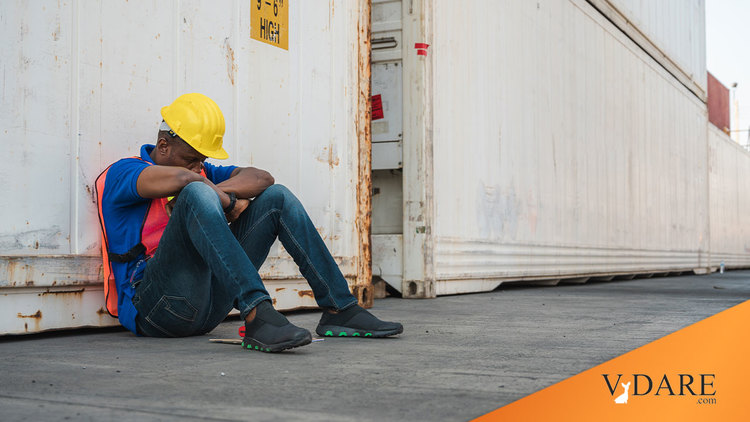