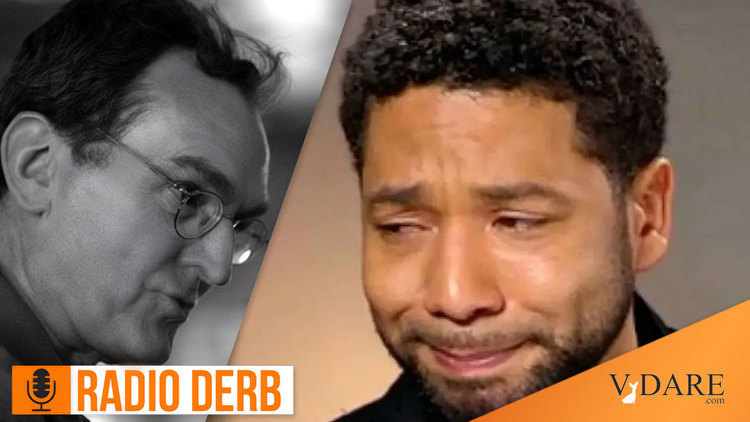 A CA Reader Disagrees With Derb, Says Throw The Book At Jussie

Re: Radio Derb: Approximate Justice—Jussie, Maxwell-Epstein, Another Minneapolis Martyr, And Why Aren't We Friends With Russia? Etc.

From: A California Reader  [Email her]

I disagree with John Derbyshire’s complaint about the Smollett affair, that it's a waste of  "public time and resources for reasons ultimately political."

I think that it’s right to make an example of Jussie Smollett by prosecuting him, in Voltaire's term, “pour encourager les autres.” This may have been Smollett’s first offense, but it is the ten-thousandthtime that anti-white hoaxes have been perpetrated by race grifters and showcased by the media. Time to stop it once and for all.

James Fulford writes: The authorities seem always willing to use "exemplary punishment" on any whites whose offences can be called racist. The Smollett Hate Hoax was so widespread and massive that it does deserve actual jail time.