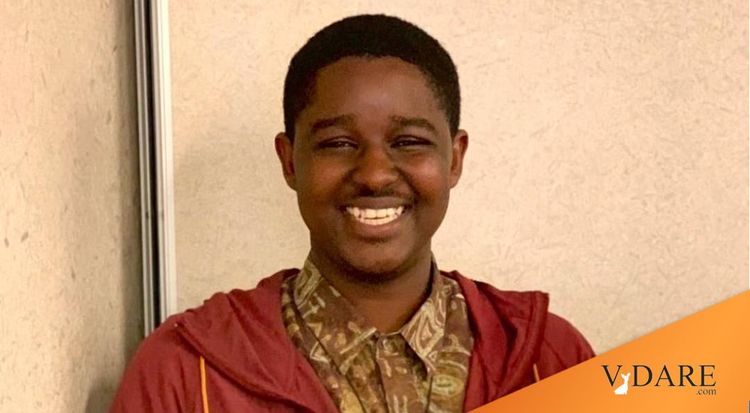 From: A Berkeley Reader [Email her]

From Berkeleyside, the city‘s online newspaper, via the San Luis Obispo Tribune, comes a eulogy masquerading as a news story about a 23-year-old Gambian immigrant who crashed his car during a chase near Gilroy, CA. The article is filled with praise of Bubacarr Kora as a beloved friend and neighbor, but fails to provide the most basic facts about his death. Why was he being chased and why did he crash his car? Why did the California Highway Patrol at the time describe his death as a “suicide“? [‘A generous spirit‘: Loved ones honor Berkeley High alum who died in chase, by Stephanie Zappelli, San Luis Obispo Tribune, July 25, 2022]

An earlier Tribune article coauthored by the same reporter gives some background information:

According to CHP Officer Patrick Seebart, a Cal Fire arson investigator initiated a traffic stop on the unidentified driver for speeding in Monterey County.

That led to a car chase, Seebart wrote in an email, adding that Cal Fire followed the driver into San Luis Obispo County.

The silver SUV was traveling south at a “high rate of speed” on Monday afternoon when the crash occurred, CHP Sgt. Steve Warzee told the Tribune on Monday.

Responding CHP units were getting into position to take over the pursuit, but never did because the vehicle crashed for “no reason,” Seebart wrote Tuesday.

The SUV crossed over the median and careened off Highway 101 onto the east shoulder of the roadway, according to the CHP.

The vehicle then tumbled down an embankment and landed on its roof behind Gallo Winery near the 10th Street exit at about 1:30 p.m., Warzee said.

[Man whose SUV careened off Highway 101 during chase died by suicide, CHP says, by Stephanie Zappelli and Chloe Jones, July 5, 2022]

This explanation creates more questions than it answers, since a “Cal Fire arson investigator“ is not a CHP officer and therefore, one would think, has no authority to stop or chase a speeder. But even if I am wrong and the pursuit was in fact legit, the guy managed to kill himself by driving recklessly and fleeing the authorities. Did he have some particular reason for not wanting to be stopped, such as being engaged in illegal activity or having outstanding warrants?

Related to this question is a strange omission from both articles of what this Oakland resident did for a living and how he supported himself. Of his history, we are told only that he graduated from Berkeley High and attended San Francisco State University for some time, majoring in Africana Studies (surprise!), but apparently never finished his degree. No post-school employment is mentioned for him, unless you count his babysitting a neighbor‘s child and also his own 9-year-old brother.

With the facts as we have them, this motorist‘s death does not exactly suggest an upstanding character whose loss should be the cause of universal mourning. We can at least be thankful that he didn‘t take anyone along with him on his journey to oblivion.

James Fulford writes: Cal Fire arson investigators are, in fact, sworn peace officers, and Cal Fire does more than put out California’s frequent wildfires. In a case like this, drugs may be involved, or suicidal intentions for whatever reason. But it may also be an example of the phenomenon Steve Sailer has called the new Zeroth Amendment of the Bill of Rights: “No Black Man need submit to arrest unless he’s damn well in the mood to be arrested.”