Where the Ducks Are—Why Can't McCain Court Reagan Democrats Instead Of La Raza?

”You go hunting where the ducks are,” said Barry Goldwater.

The successor to Barry's Senate seat apparently believes that ducks come from Mexico and speak Spanish. For in July alone, John McCain made three separate appearances before Hispanic groups.

Last week, he spoke to La Raza (The Race), where rival Barack Obama said, “The Latino community holds the election in its hands.”

McCain would appear to agree. But are he and the GOP letting go of the bird in the hand to grab two in the bush, which may not even be there?

Consider. Though Hispanics are 14.5 percent of the U.S. population, they will likely constitute only 7 percent to 8 percent of the electorate in 2008.

Why? A vast share are illegal or recent immigrants who cannot vote. Hispanic citizens also register and vote in low percentages. And they are concentrated in New York, Illinois and California, which are out of reach for McCain, and Texas, where McCain will win handily.

Some 14 percent of the vote in crucial Florida is Hispanic, but Cubans are overrepresented there, and Cubans do not vote like La Razans.

Now, as GOP nominee, McCain is entitled to court any voters. But why has he decided to court the hardest of hard-core Democrats, rather than the Democrats he can win?

Who are they? Though the GOP seems deaf to the message, the primaries of 2008 fairly screamed out the answer.

Hillary lost 90 percent of the black vote in April and May but routed Obama in Ohio and Pennsylvania by 10 points, and in Kentucky and West Virginia by 35 and 41. With almost no African-American votes, in states where the Hispanic vote is tiny, Hillary crushed the nominee of the Democratic Party who is McCain's opponent this fall.

The Democrats who will decide the outcome in November are white folks living in Ohio, Michigan, Pennsylvania and Wisconsin. More numerous than African-Americans and Hispanics combined, they have often voted Republican and, as they showed in the primaries, are wary of Barack, his associations and his attitudes.

He has severed ties to Trinity United, defenestrated the Rev. Wright, come out for the death penalty for child rapists, supported the Second Amendment right to keep a handgun in the home, put the flag pin back on and denounced MoveOn.org for the “General Betray Us” ad.

If Obama believes his vulnerability is with Hillary's Democrats, why is McCain doing the La Raza-NAACP tour? Why is he not going for the Democrats who carried Hillary to victory after victory?

How can they be won? The answers lie in the successful referenda of the past two decades.

On the California ballot this year is a proposition that declares, in repudiation of the state's Supreme Court, that marriage is between a man and a woman only, and California shall recognize no other.

More than 61 percent of Californians in 2000 voted for a similar law. In 2004, 13 states, including Ohio, enacted—by landslides ranging from 57 percent of the vote to 85 percent in Mississippi—ballot propositions that restricted marriage to men and women.

Barack opposes the California proposition. Why do McCain and the Republicans not exploit this?

On illegal immigration, it is hard anywhere to find a referendum that has called for a cut-off in social welfare benefits that did not pass. That includes Proposition 200 in McCain's own state of Arizona in 2004, which carried with 56 percent, including 47 percent of Hispanics, over McCain's opposition and that of the entire GOP congressional delegation.

Ward Connerly of the American Civil Rights Institute has never lost a referendum. In California in 1996, Washington and Michigan after that, his initiatives, which outlaw affirmative action—i.e., any state discrimination against or favoritism toward anyone based on race, gender, ethnicity or sexual preference—usually triumph handily.

Connerly is fighting the good fight again this year. Why is McCain, why are the national Republicans, not campaigning with him? For the primary victims of affirmative action are the working- and middle-class white Democrats who will decide the election.

Campaigning in Ohio, Barack and Hillary discovered NAFTA is toxic. Both denounced it. McCain, however, embraced it and told Michigan voters, “The jobs are not coming back.”

Then he went to Canada and Mexico to assure those folks that NAFTA is sacred writ.

Among the issues on which Republicans can find common ground with Democrats are language, borders, culture, affirmative action, re-industrializing the nation and retention of our sovereignty.

Neither La Raza nor the NAACP is likely to be of much help with this agenda.

Patrick J. Buchanan needs no introduction to VDARE.COM readers; his book State of Emergency: The Third World Invasion and Conquest of America

, can be ordered from Amazon.com. His latest book is Churchill, Hitler, and "The Unnecessary War": How Britain Lost Its Empire and the West Lost the World, 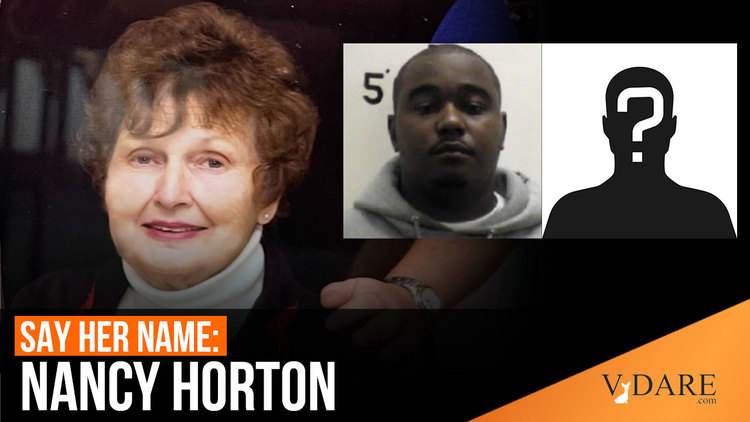