What Would Obama, Left Have Said If Dylann Roof Were Muslim?

This was an act of hate and intolerance against Christians. We need to see this in the context of anti-Christian bigotry and violence around the country. Perhaps all the laws forcing Christian business owners violate their beliefs created the toxic climate where Roof decided to shoot up a Church. To the extent that Roof was a white supremacist who flew the Confederate battle flag, he perverted these causes.  The vast majority of white supremacists and Southern heritage activists are law-abiding and decry violence, and we must take care to prevent backlash against them. Furthermore, we need to see this as a problem not of “white racism” but racism generally. Racism is Racism whether it’s shooting up a black church or supporting racial preferences for blacks in college admissions. 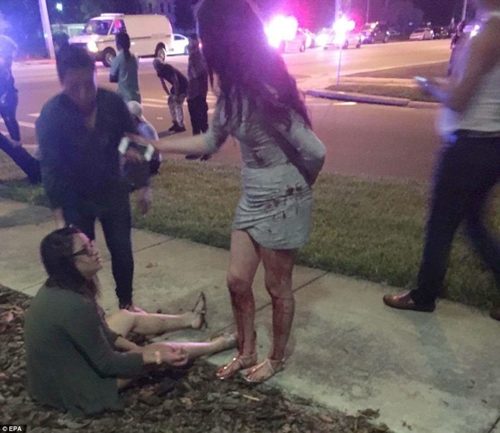 To quote the late Sam Francis, “she would have a great career as a pizza delivery girl.”

But this is exactly what Clinton, Kohn and the entire Democrat/ MSM Narrative Enforcement Complex said when gunman killed dozens of people at a gay night club during Gay Pride Weekend.

At first, many Leftists were flagrantly salivating over the possibility of using the tragedy to target gun owners and white Christians. The earliest news reports included utterly irresponsible speculation that the shooter was associated 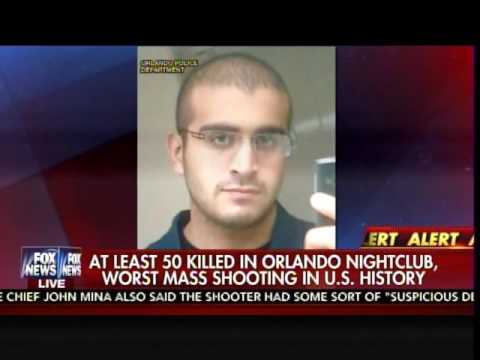 Yet before the Sunday news programs, this narrative was stopped dead in its tracks. The shooter, Omar Marteen, turned out to be an ISIS supporter, the son of an Afghan immigrant who runs a pro-Taliban satellite TV show. Not 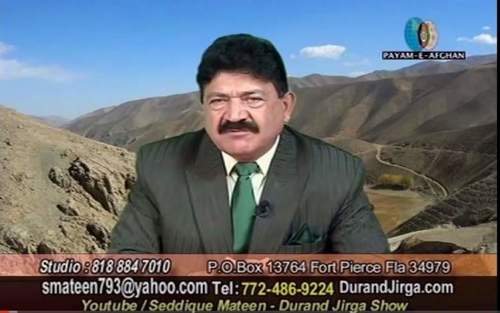 The gun control angle is even weaker, because Marteen worked for a Homeland Security Contractor and had both firearms and security guard licenses. Furthermore, despite its strict gun laws, France also suffered from a mass shooting for Islamic gunmen— making reactions like this from Think Progress’s Judd Legum [Email him] even more ridiculous than usual:

If the Left had any self-awareness, they would use the Orlando shooting to consider whether their coalition of the aggrieved groups who have nothing in common besides hatred of mainstream American society is inherently unstable. You cannot honestly complain about “rape culture” and “misogyny” from white fraternity brothers while supporting immigrant groups who have no qualms about raping infidels, honor killings, or female genital mutilation. You cannot honestly complain about Christian pizzaiolos who don’t want to cater a gay wedding, while allowing in immigrants from cultures who want to throw homosexuals off buildings.

Donald Trump masterfully noted this contradiction in his speech after the attack:

Why does Hillary Clinton want to bring people here—in vast numbers—who reject our values? Ask yourself, who is really the friend of women and the LGBT community, Donald Trump with his actions, or Hillary Clinton with her words? Clinton wants to allow Radical Islamic terrorists to pour into our country—they enslave women, and murder gays.

Instead of engaging in self-scrutiny, however, many on the Left simply continued with their usual mantras. Thus the Human Rights Campaign, the country’s largest gay rights group, proclaimed “we must come together as a nation to affirm that love conquers hate” without acknowledging that the shooter was Muslim. Far from demanding an end to Muslim immigration, the HRC used the massacre to demand more resources for tracking “hate crimes” [Human Rights Campaign Statement on Tragic Shooting at Orlando Nightclub Serving LGBTQ Community, by Ianthe Metzger, June 12, 2016]

In his initial reaction, President Obama did not mention Islam at all, but rather focused on how the shooting is a “reminder of how easy it is for someone to get their hands on a weapon that lets them shoot people in a school, or in a house of worship, or a movie theater, or in a nightclub.” He repeatedly called the attack an “act of hate” and called the gay night club a place where Americans “raise awareness, to speak their minds, and to advocate for their civil rights.” [Remarks by the President on Mass Shooting in Orlando, whitehouse.gov, June 12, 2016].

In his second briefing, Obama managed to mention the word “Islam” (twice!), but he prefaced it both times by noting that “organizations like ISIL or organizations like Al Qaeda” have “perverted” the faith—despite the fact that the vast majority of Muslims worldwide oppose homosexuality—often lethally. [Remarks by the President After Briefing on the Attack in Orlando, Florida, whitehouse.gov, June 13, 2016].

Today, losing his temper, Obama attacked Trump’s criticism of Muslim immigration, claiming Trump was “doing the terrorists’ work for them". Of course, this is the direct equivalent of claiming that denouncing Roof’s—nugatory—links to white supremacism would build support for the Ku Klux Klan.

Hillary Clinton claimed the Orlando attack was part of a long trend of homophobic violence, “From Stonewall to Laramie, and now Orlando, we’ve seen too many examples of how the struggle to live freely, openly and without fear has been met by violence.”

Like Obama, she spoke out against a “distorted version of Islam.” But spent much more time attacking “Inflammatory anti-Muslim rhetoric and threatening to ban the families and friends of Muslim Americans as well as millions of Muslim business people and tourists from entering our country hurts the vast majority of Muslims who love freedom and hate terror” [Read Hillary Clinton’s Speech About the Orlando Shooting, Time, June 13, 2016]

And Clinton and Obama’s rhetoric was tame compared to many who explicitly blamed the Christian Right for the shooting. National Center for Lesbian Rights executive director Kate Kendell [Email her]responded to the attack by blaming rejection of anti-discrimination laws:

“In the past two years, cowardly and irresponsible politicians have proposed more than 200 anti-LGBT laws—including those passed this year in North Carolina and Mississippi, Make no mistake, these laws and the pandering of so many elected officials to those who promote anti-LGBT bias foster a toxic climate. “

The New York Times similarly suggested that the shooting was caused by resisting transvestites’ use women’s bathrooms:

[Homosexual] leaders, speaking anecdotally, said they sensed an increase in violence against gay people this year—perhaps, some said, because of the divisive presidential campaign, or because of high-profile policy fights like the one over the Obama administration’s recent directive requiring schools to allow transgender students to use the bathrooms of their choice.” It only mentioned the Islamic perpetrator in the context of gay leaders “worry[ing] about Islamophobia.”

Others Narrative Enforcers tried to claim the real culprit was “religious” fundamentalism—without singling out Islam. Thus according to Amanda Marcotte, “[t]he common thread here, again and again, is religious fundamentalism, whether your call it ‘Christian’ or ‘Muslim.’” For good measure, she also noted that because Marteen apparently beat his wife, ‘[h]omophobia, misogyny, toxic masculinity, and religious fundamentalism are all tied together in a noxious knot that feminists call “patriarchy”, and it’s a cancer that crosses cultural and national and even religious lines.”[ Orlando mass shooting: Bigotry is bigotry, no matter what religion you use to justify it, Salon, June 12, 2016]

The problem isn't any one religion.

The problem is hateful intolerance and violence disguised as religion.

When asked whether she could distinguish between Christians opposed to gay marriage and Muslims who murder gays, she responded,

No. Homophobia is homophobia. https://t.co/Hb1a7bdZu9

After criticism, she doubled down:

We must stand against hate & discrimination.
Whether in Islam or Christianity or Judaism.
Whether in bullets or bathrooms. #StandTogether

So to sum up, the Left responded by ignoring the terrorist’s animus against Americans, the West—and reportedly Whites (one witness said Marteen asked "Are you guys black?" and added "I don’t have an issue with the blacks." See Witness: Orlando Shooter Asked Club Goers Their Race, "Don't Have a Problem With the Blacks", by Tim Hains, Real Clear Politics, June 13, 2016].

Instead they ocused on Mateen’s (quite possibly tangential) dislike of gays. If they did acknowledge that Islamic ideology motivated him, they made sure to distinguish the minority of violent Muslims from those who allegedly do not support terrorism—although never acknowledging that the vast majority still oppose homosexuality—while conflating Muslims who kill gays with Christians who do not want to bake cakes for their weddings.

A year ago, the press and politicians could get away with these lies—hence their ease in using Roof’s massacre to suppress the Confederate Flag.

But with the Republican nominee for president calling out their hypocrisy, the Left is finding it much harder to advance impose its agenda.

Hopefully, and given a good election result, instead of more propaganda this tragedy will result real reforms that prevent it from recurring.