VDARE.com Editor Peter Brimelow writes: This remarkable article appeared on the official website of the National Party of Ireland (An Páirtí Náisiúnta—email here), April 25, 2017. We have added some explanatory hyperlinks links and pictures. The leader of the National Party, Justin Barrett, recently posted a powerful video pointing out the incompatibility of mass non-traditional immigration and "the Historic Irish Nation"—a point VDARE.com regularly makes relative to the Historic American Nation, although in Ireland's case the concept dates back to Pádraig Pearse, one of the leaders of the 1916 Easter Rising.[The Spiritual Nation, February 13th, 1916]

On the 18th of April, 2017,  Úna-Minh Kavanagh posted a message on Twitter, under #WeAreIrish, complaining that “our ads, our broadcasters and tourism material” were dominated by “white faces.” This resulted predictably in a backlash. The backlash was picked up, predictably, by the media and framed by them in the most manipulative way possible. In short, “racists attack woman for demanding her human-rights.” 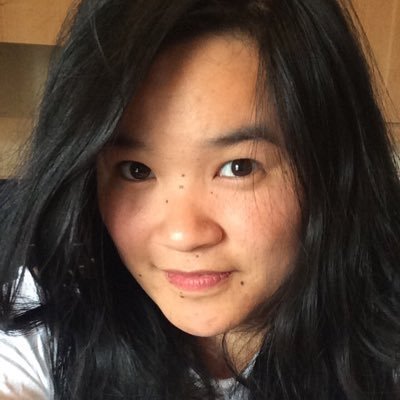 Úna-Minh Kavanagh is a young Vietnamese woman and Irish citizen who was raised from childhood by an Irish family in Kerry. She has become a poster child for the New Ireland we keep hearing about. Evidence, we are told, that mass-immigration is no big deal because everyone assimilates and becomes Irish. Such is the new State-Individualist paradigm of Irish nationality.

But a closer inspection of the hashtag and the media’s reporting on it, reveals a much more complicated story. Úna-Minh Kavanagh “started a hashtag to celebrate diversity. Then the trolling started.” So the Irish Times explain, in their usual objective way (21/04/17). But, really, who is trolling whom? The Irish Times did not post a screenshot of the following tweet which undoubtedly provoked most of the backlash. Why?

Here is Úna-Minh Kavanagh, trolling Ireland by telling them their media is “too white.” The object is to point out that Ireland has not moved on. Ireland has not acknowledged the changes that have occurred in Irish society. Ireland is behind the times. Ireland is in denial. She might as well have employed the term “white Irish” rather like the term “white British” is now commonly employed by the British media. The template we have seen in use elsewhere is now being used in Ireland. That is to say, the creation of a category of Irishness against which new forms of Irishness will be pitted. Meanwhile we are expected to reserve judgment and try to look surprised when things get messy. Of course, if things do get messy, if people become confused or marginalised or offended, we know who will get the blame. The scapegoat in the Diversity wars will not be the New Irish but the Old. Much as we have seen in other Western countries.

The first thing to acknowledge here is that Úna-Minh Kavanagh is advocating for her ethnic interests. Plain and simple. She is doing so directly and unambiguously. She is being tolerated and encouraged in doing so. She is accepted within the Liberal paradigm. So what is occurring here? And how can we make sense of it? 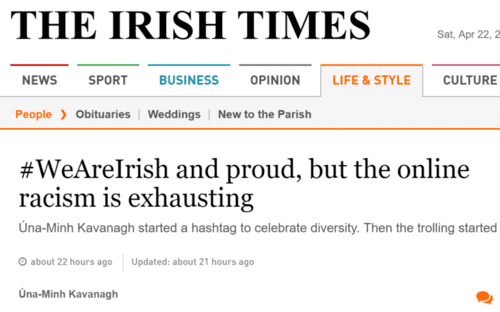 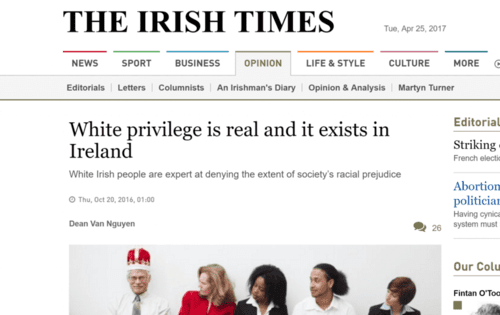 There were too kinds of responses to #WeAreIrish. One was ethnic activism, of which Úna-Minh Kavanagh was the prime example. That is, people who were advocating for their own ethnic interests. It is striking that those interests transcended the boundaries of paper citizenship. But this is no surprise to anyone who takes ethnicity seriously. When a wand is waved and three-thousand foreigners suddenly become Irish citizens, it does not alter their ethnic interests. They do not abruptly stop being what they formerly were.

Adopting American paradigms is convenient of course. Saying there are too many white people in the Irish media is very convenient indeed. If we said there were too many Asian people in the Vietnamese media it might be supposed we were talking about Vietnamese people and that we were adopting a clever paradigm to obfuscate this. She says she is Irish. But she wants to change Ireland so that Ireland adheres more closely to her sense of self. A self which she defines against whiteness, which in this case can only be a euphemism for Irishness. There is nothing unusual in what she is doing. All people have group interests. And all people support more power for their group. This rule applies to Irish Times editors just as much as it does to desert nomads.

Úna-Minh Kavanagh even suggests that the Irish Tourist Board should be marketing Ireland to the world as a diverse, multi-ethnic society. Even from a coldly commercial point of view this is idiotic. People don’t visit Ireland to see generic Anglo-American type multi-culturalism, do they? They visit Ireland because it is the homeland of an Irish people and because Irish culture exists in that context. The Netherlands without the Dutch people might as well be a swamp. Its culture and architecture, removed from their basic context, would be meaningless. Paris without the French is no more romantic than an American shopping mall. London without the English is but the congested heart of a rootless world.

It should be noted that the people criticising and satirising the hashtag were also doing so on an ethnic basis. Like Úna-Minh Kavanagh they were advocating for their ethnic interests, which they recognised as having actual, tangible meaning. However, there was a second type of response to #WeAreIrish which was very different indeed. 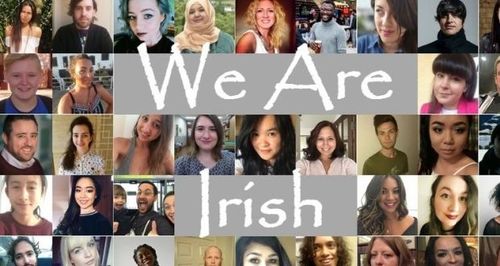 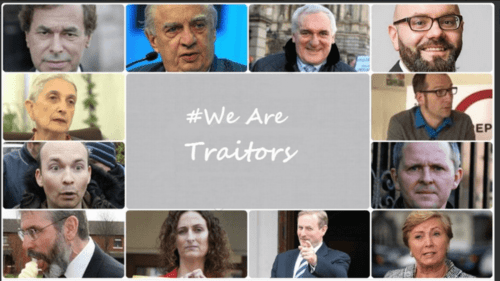 The second response was the liberal response, or the stating of the liberal position. In practice, the liberal position is generally an appeal to an abstraction. For instance, to a construct like “Equality” or “Diversity” or to “Human-Rights.” The liberal sees the world on this basis, as a series of ideas and concepts which have a kind of religious significance. What was very apparent, even from the Twitter threads, was that liberals refuse to engage with the notion of an ethnos. The notion of a nation as people broadly of a shared origin who relate organically to one another, is foreign to them.

To them Úna-Minh Kavanagh is not an activist for ethnic interests, but rather she is a human-rights activist. Rather than seeing her as a human being with human frailties and human desires they view her as an abstraction and they employ her as a battering ram for their liberal agenda.

There is of course a contradiction here, for liberals often support ethnic activism. And are seen to support it. The most recent and interesting example of this has been the campaign for Traveller ethnicity. Liberals by and large did not object to the idea of a Traveller ethnos, even though the phraseology must have bothered them on some level. Ultimately, they were able to rationalise it as a human-rights issue. They emphasised what it suited their agenda to emphasise and they brushed aside any awkward points. Yet the anomaly remains, Travellers are protected as an ethnic group. It follows logically that ethnicity must have a value.

The conflict over #WeAreIrish was not simply a conflict between liberals and people advocating for their ethnic interests. For as we have seen, there were people on both sides advocating for their ethnic interests. But as far as the Liberal media were concerned it was a battle between angels and devils, progressives and racists. The narrative was “productive immigrants integrating into Ireland.” But let’s be frank. There is only one form of integration occurring here. The integration of Ireland into the Liberal paradigm. 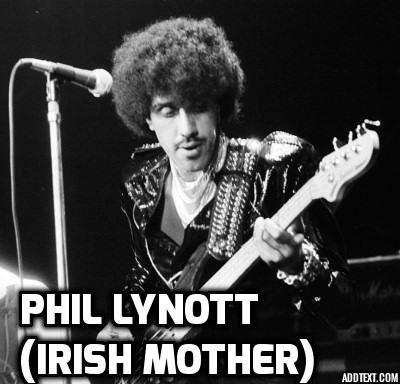 The pretence of integration anyway is based on the assumption (unstated) that there is something to integrate into. London is no longer an English city because the pretence of integrating into an English culture and ethnicity is now beyond absurd. Twitter liberals will employ nominal examples like Phil Lynott and Paul McGrath as though in some vague way they discredit the concept of an Irish ethnos. But without an Irish ethnos to integrate into, Lynott and 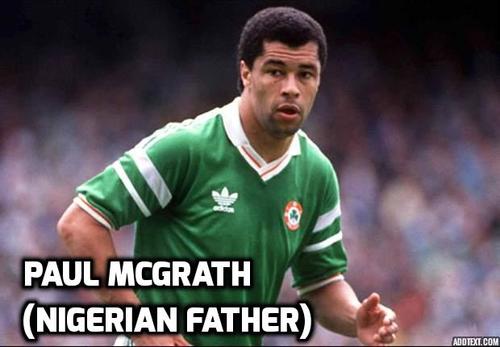 McGrath would not have been called Irish, because there would have been no such thing as an Irish people. Nominal examples do not capture the nature of vast demographic change. Lynott and McGrath are employed, much in the way Sergei Eisenstein employed a baby in a pram, in his Soviet Propaganda film Battleship Potemkin. 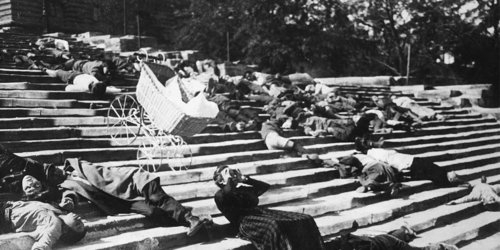 It’s a form of audience manipulation. It’s a way of manufacturing and directing empathy for broad political purposes. Úna-Minh Kavanagh is employed in the same manner. She is a human face to an inhuman process, that being the obliteration of an Irish ethnos.