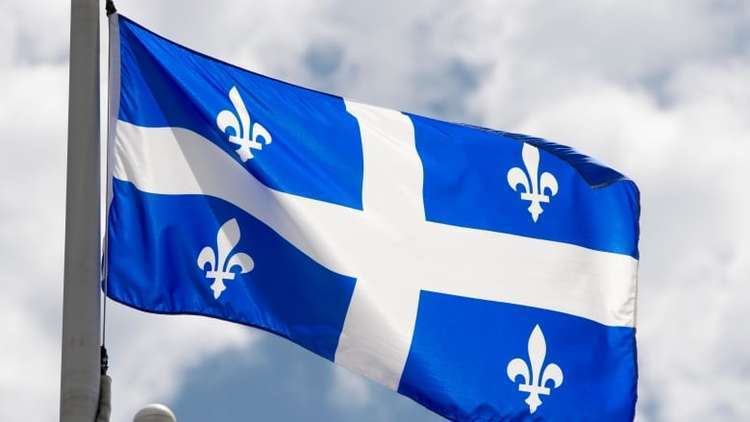 VDARE - Quebec: Keeping It In Canada Is Impossible . . . And Undesirable, By Peter Brimelow

That was the cheerful headline that The Financial Post put on my May 17, 1980, column, written from Washington DC almost (aargh!) 20 years ago. The Parti Quebecois' first referendum was about to be held. And, quite clearly, about to be lost.

A mere practical triviality of that sort did not deter me, of course. My argument, later developed in my book The Patriot Game: "A nation has been allowed to develop in Quebec, and it is utterly unnatural for free nations to exist in the same state." English Canada, I said, "is being led into a battle where victory is itself defeat." The result of trying to bribe, bamboozle and bludgeon francophone separatism into quiescence: "English Canada's energies would be totally absorbed."

My conclusion: "If Quebec can't be persuaded to secede from Canada, it should be expelled." (Unthinkable? Well, the Czechs have subsequently expelled the Slovaks in just this manner. So there!)

You always get overwhelmingly favourable mail in English Canada, in my experience, if you succeed in maneuvering this heretical viewpoint into Establishment print. But the reaction from the political class was (and no doubt still is) very different.

Now it can be told: Michael Pitfield — today Senator Pitfield, but then Clerk to the Privy Council and a key intimate of Prime Minister Pierre Trudeau — actually wrote to Donald Campbell, then chairman of MacLean Hunter, which owned The Financial Post, expressing distress that a responsible Canadian company would allow me to say such a terrible thing.

I presume poor Campbell, a humble bean-counting chartered accountant, must have seen "CRTC" in letters of fire five feet high. (A.k.a. Canadian Radio-television and Telecommunications Commission — Maclean Hunter was critically dependent on cable TV licences, over which Ottawa has unfortunate control.)

The stout professional journalists who ran The Financial Post responded somewhat differently. Neville Nankivell, then the editor and still with us as the National Post's Ottawa columnist, thoughtfully omitted to send me a copy of the Pitfield missive at all, thus depriving me of any documentary evidence of my brush with immortality. Overall, I wouldn't say I could prove any positive damage to my career. On the other hand, I never returned to work in Canada.

I wasn't really surprised at Michael Pitfield's letter. The year before, I had attended a conference put on by St. Lawrence University, a leading center of Canadian Studies in upstate New York, designed to help them spend some grant money they had obtained in the usual mysterious academic way. This was during the brief Clark interregnum. Trudeau operatives were blinking in the unaccustomed sunlight of the private sector.

I spoke up to propose a special program to study Quebec in its own right To my amazement, Mr. Pitfield, there in some private sector capacity that I no longer remember, denounced the idea vehemently. It was irresponsible in view of the upcoming referendum, he said.

Of course, this was ridiculous. We were there to advise an American university on the scholarly pursuit of eternal truths, not shill for Canada's federal Liberal Party and the Trudeauvian state. Weren't we?

But I was shocked, and silent. I suppose in those days I was just too immature to defend myself. I see from The Financial Post columnist photograph that I still had astonishingly long sideburns. (Remember sideburns — ah, forget it.) Also cheekbones.

Mr. Pitfield, by the way, seems to be a very nice man, at least so far as I could judge from the post-conference drink sessions. He wished me luck — no doubt in a field far removed from Canada.

This sort of repression about Quebec has long been a striking feature of English Canadian intellectual life. Back in 1982, the editors of the U.S.-based Atlantic Council's authoritative survey, Canada and the United States: Dependence and Divergence, felt obliged to record the objection of some (Canadian) members of their working group not merely to the perfectly sensible conclusion of their Quebec chapter, by the American academic Albert O. Hero, but to any special chapter on Quebec at all.

More recently, it explains why the PQ's victory in January's Quebec provincial election was discounted with exactly the same wishful thinking as its 1994 victory — although everyone must know the PQ came within an ace of winning the subsequent referendum.

Nations sometimes simply take wrong turns. They can waste decades and even centuries. Russia was modernizing rapidly before the disaster of the Revolution. Egypt was within hailing distance of some European countries before Nasser diverted it into socialism and pan-Arab adventurism.

English Canada had to redefine itself when the British Empire abruptly imploded after the Second World War. Unfortunately, the answer its political class came up with — what Rene Levesque once accurately called "this bilingual, bicultural monstrosity" — was a mistake.

I don't worry too much about Canada, because I think the mistake will right itself — the Quebecois will see to that. What does worry me, however, is the motive that ultimately underlies the English Canadian political class' mistake. It means they have to be stopped before they kill again. And it's also a problem right across the English-speaking world.

What underlies the attempt to coalesce with Quebec, it seems to me, is a profound revulsion from any political identity based on a specific ethnicity and culture — in short, the nation-state itself.

You can see this everywhere, in a whole new range of "isms," quite a few of them invented in Canada. Multiculturalism (The University of Bradford, in the north of England, has just announced it will no longer play God Save The Queen at commencements because Britain is now a "multicultural society.")

Bilingualism (which actually means foreign language retention — in New York it is now possible to receive a public education entirely in Spanish). Diversity (President Clinton's claim to have a Cabinet "looking like America," which means remaking American according to a new ethnic proportionalism.)

Maybe this revulsion is a misconceived reaction to two World Wars. Maybe it's an extrapolation of the contemporary pathological fear of "racism." But it explains both Britain's attempt to sink its historic identity in "Europe" — with the entirely predictable result that the Scots are looking for a new identity — and the U.S. elite's extraordinary policy of transforming the country through mass, non-traditional immigration.

These, too, are epochal mistakes — because the traditional nation-state, like the traditional family, is fundamental to liberty and civilization. But, unlike Canada's Quebec mistake, they have no imminent solution.

Peter Brimelow is a senior editor of Forbes Magazine in New York, and the author of Alien Nation: Common Sense about America's Immigration Disaster.