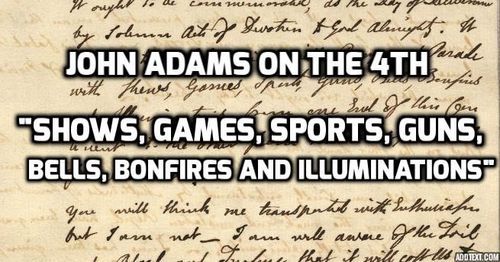 On Independence Day, for normal Americans the occasion for patriotic feeling, a lot of Americans in the Main Stream Media seem to feel that they live in a racist country.

Rick Hampson in USA Today is going on about the Japanese internment of World War II, and comparing it to the detention of illegals breaking into the country [Celebrating Independence Day in America's detention camps – during World War II and now,July 2, 2018]. That’s in spite of the fact that the only thing conceivably wrong with that internment—which was upheld by the Supreme Court—was that some of the Japanese interned were American citizens, either naturalized, or native-born. (Japanese citizen parents were interned with their American citizen children.)

Hampson points out something I hadn’t heard about the recent “Travel Ban” decision that overturned the effeorts of the “Hawaiian Judge” and others:

Left unsettled is whether, in its treatment of migrants near the Southern border, the nation has again lost its moral compass. 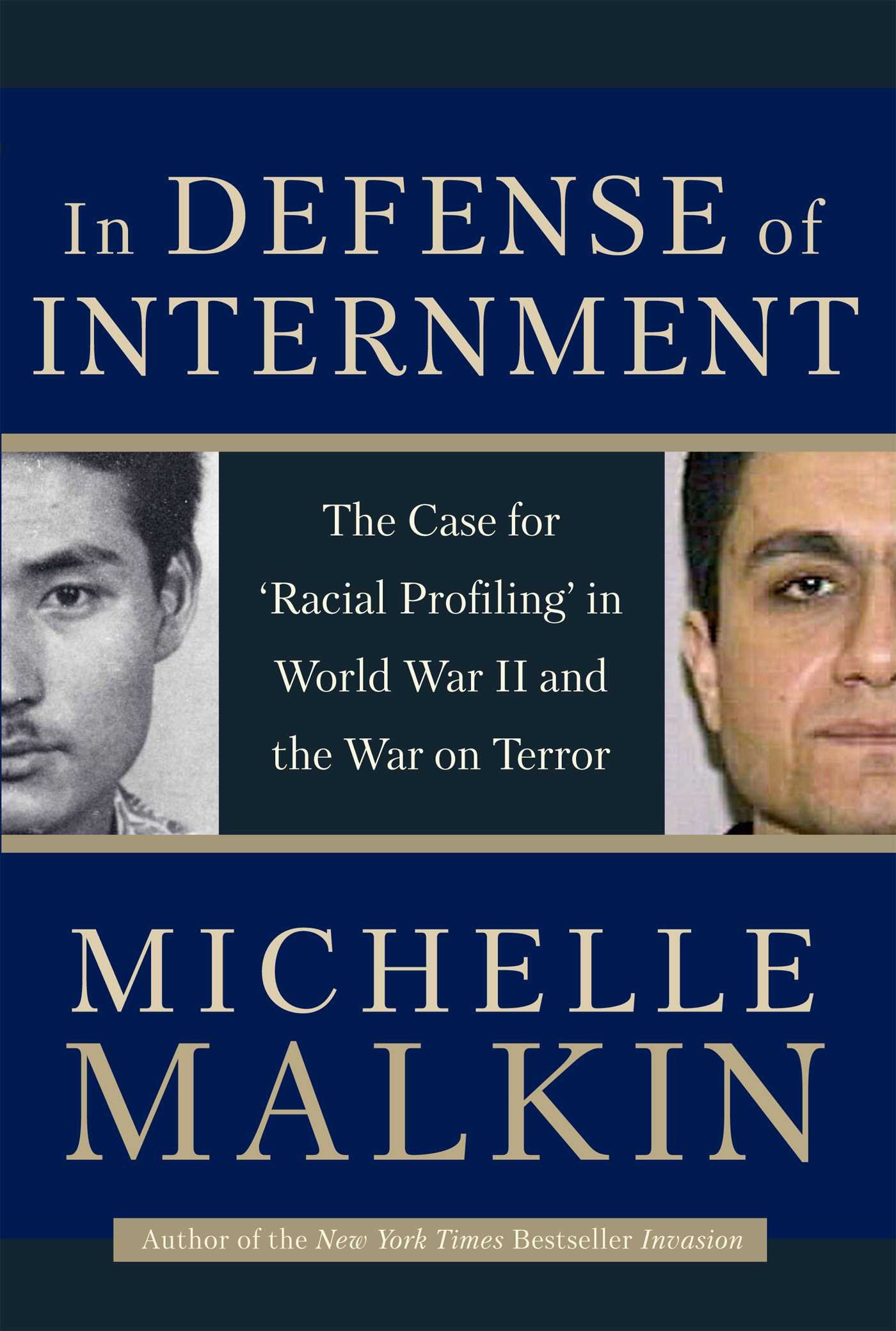 No, it hasn’t, then or now. See Michelle Malkin’s In Defence of Internment for the justifications for Japanese internment during World War II. The book’s subtitle was “The Case for Racial Profiling in World War II and the War on Terror” which points up the comparison with Trump’s recently upheld “Travel Ban.”

GWU Professor Beth Johnston, writing in the Washington Post, is more cheerful about the country. Her point is that it has always been possible to make anti-American speeches on the Fourth of July.

On Independence Day, celebrate not just the founding of the country, but its tradition of dissent, July 3, 2018

Can we celebrate America’s birthday in the era of President Trump?

His supporters sure can. But my liberal friends fret about the Fourth of July, declaring they will forgo fireworks — if not hot dogs — to demonstrate their anger at the administration.

As someone who has taught American protest to college students for years, I believe this view is profoundly wrong. In fact, outrages call us even more powerfully to reexamine America’s long history of protest.

The Declaration of Independence, passed on the second of July 1776 but announced to the public on the fourth, is not just the founding document of the nation, but the cornerstone of an American tradition of dissent.

America has had violent, oppressive and racist voices throughout its history. But it has also had rebels, visionaries, scolds and crusaders eager to challenge every injustice. I know the comfort they can bring: They show us that others faced a bleak political landscape but worked for a better future. [More ]

Johnston [Email her] doesn’t seem to realize that in Trump’s America, the people challenging injustice are dissidents like us here at VDARE.com (check out what happens when we try to have a conference) and that her “liberal friends” hate not only us and the President, but America.

It was a Leftist commonplace that during the Bush years, “dissent was patriotic”. During the Obama years, dissent was disloyal, and patriotism (as exemplified by the Tea Party movement) was in effect dissident. And, I might add, repressed by the IRS.

Now, of course, with the election of Donald Trump, patriotism is even more unpopular with the cultural elite.

It remains popular with actual Americans, including some naturalized Americans like Peter Brimelow and John Derbyshire. 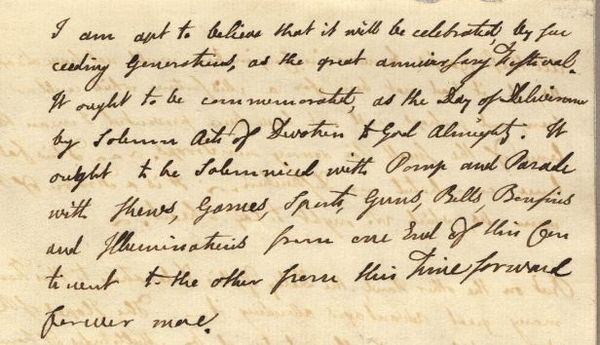 After the original Declaration had been voted on, but before it was proclaimed, on July 3, 1776, John Adams wrote to his wife about what he envisioned as a result.

I am apt to believe that it will be celebrated, by succeeding Generations, as the great anniversary Festival. It ought to be commemorated, as the Day of Deliverance by solemn Acts of Devotion to God Almighty. It ought to be solemnized with Pomp and Parade, with Shews, Games, Sports, Guns, Bells, Bonfires and Illuminations from one End of this Continent to the other from this Time forward forever more.

You will think me transported with Enthusiasm but I am not. -- I am well aware of the Toil and Blood and Treasure, that it will cost Us to maintain this Declaration, and support and defend these States. -- Yet through all the Gloom I can see the Rays of ravishing Light and Glory. I can see that the End is more than worth all the Means. And that Posterity will tryumph in that Days Transaction, even altho We should rue it, which I trust in God We shall not.

That's what he believed about American independence before it had even happened. The Trump-haters don't believe it yet.

But if you're a normal American, enjoy the "Shews, Games, Sports, Guns, Bells, Bonfires and Illuminations" plus fireworks and hot dogs.