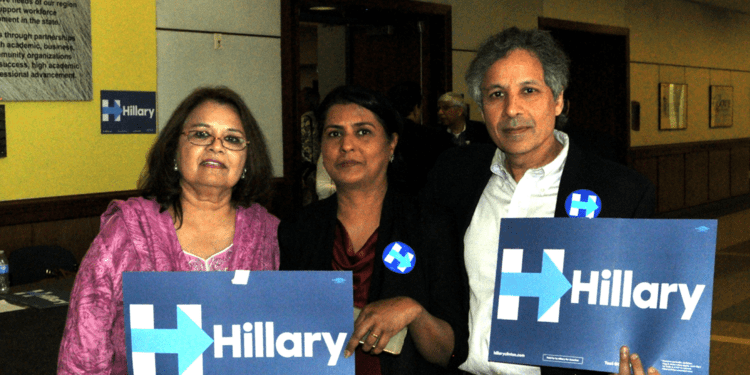 Without a single hearing, the House of Representatives overwhelmingly passed a bill last week that would shaft middle-class Americans, benefit Big Tech, and elect a new Leftist Overclass. HR 1044, The “Fairness for High-Skilled Immigrants Act,” which should really be called the American Tech Worker Immiseration and Indian Overclass Importation Bill, would eliminate sensible country work-visa caps, with the result that Indians are likely to monopolize the skilled immigration inflow. The vote was 365-65, with 140 Republicans for and just 57 against [H.R. 1044: Fairness for High-Skilled Immigrants Act of 2019, Govtrack.com]. Thus does the GOP/GAP, however much improved on immigration rhetoric under President Trump, remain in thrall to the Chamber of Commerce—not least Big Tech, which hates the GOP and white America.

Among the 57 Republicans who voted against were the usual reliable immigration patriots—including Alabama’s Mo Brooks and Idaho’s Steve King, along with Texans Chip Roy and Louie Gohmert.

Right now, the rules that govern the number of foreign workers with green cards caps India to about 25 percent of the total. If HR 1044 becomes law, the Center for Immigration Studies’ Jessica Vaughan reported, Indians “will get more than 90% of the professional employment green cards, according to USCIS—for at least the next 10 years.” That’s because of the Indian backlog, mostly due to Indians already here on “temporary” H1B visas applying to become permanent residents, “green cards would be unavailable to applicants from all other parts of the world (and many other occupations) for at least a decade.” [Fact Sheet on HR 1044, Fairness for High Skilled Immigrants Act, July 8, 2019].

The rationale for the legislation, Vaughan reported: too many Indians await green cards to work, and Big Tech wants a faster way to get them into the country. Solution: raise the cap on visas. Thus, the tech industry gets even more cheap foreign labor.

And, ominously, the legislation will exacerbate the chain migration that is flooding the United States with Third World immigrants. That’s because it more than doubles, from 7 percent to 15 percent, “family visas” that permit one legal immigrant to bring in relatives (more than 90 in some recorded cases!)

AG’s Bovard is right to call HR 1044 a “sop to the billionaires of Big Tech”—not least Sundar Pichai and Satya Nadella, the Indian immigrants who now run Google and Microsoft.

But back to Capitol Hill and the U.S. Senate, where someone else of Indian extraction is behind the bill. Its Democratic sponsor is hard Leftist Kamala Harris, the malevolent, anti-white spawn of an Indian mother and Jamaican father.

But he’s wrong on this. Why? Because, he tweeted, “skilled immigrants should be able to earn green cards in a timely manner, regardless of the country they came from—enabling them to further contribute to our communities.”

Of course, this bill actually ensures that skilled immigrants will not be able to enter “regardless of the country they came from”—unless that country happens to be India.

But Paul opposes HR for a silly reason: it doesn’t provide enough room for Philippine nurses to get into the country and lower wages in the health care sector! [Bill to Remove Caps on Employment-Based Visas OK’d, Bloomberg Law Daily Labor Report, July 8, 2019]. So Paul introduced his own bill to scrap the country caps and boost employment-based visas from 140,000 to 270,000, which would quadruple such immigration because it allows such workers to cart along their spouses and children [Rand Paul is right: We should quadruple employment-based legal immigration, by Brad Polumbo, Washington Examiner, July 12, 2019]. (Remember, immigration is already running at historically high levels).

As for some real opponents to the bill, sources tell VDARE.com that Missouri Senator Josh Hawley is expected to come out against it. Sen. Ted Cruz might also oppose. And enough Democrats might shy away from a bill that undercuts American workers—especially if they’re running for president. So the bill might not make it to the Trump’s desk.

But what if it does? If The Donald signs such a bill, he might well seal his doom in 2020. His administration has already increased guest-worker visas. And the Kushner immigration plan, released in May, would dramatically expand H1B and other employment visas. Hundreds of thousands of foreigners would take good-paying jobs from Americans. But, unfortunately, Trump, like most plutocrats, is so enamored of other plutocrats that he just might think this HR 1044 is a good idea.

VDARE.com readers already need no education on what skilled immigration, brought in for example under the H1B visa program, does to American workers. Advocates say STEM jobs far outnumber American STEM workers. Yet only a third of Americans with STEM degrees have STEM jobs. “Skilled” foreign workers are often less-skilled and less productive than Americans. Yet corporations recruit them to reduce wages [Untold Stories: The American Workers Replaced by the H-1B Visa Program, by Matthew Sussis, Center for Immigration Studies, May 4, 2019]. A 2017 study showed that these visas lower tech-worker wages, much to the delight of Silicon Valley’s overlords [H-1B Visas Keep Down U.S. Tech Wages, Study Shows, by John Simons, The Wall Street Journal, March 14, 2017]. And heartless corporations typically require displaced American workers to train their replacements, a real turn of the screw. [Disney Blacklisted Displaced American Workers, by Rachel Stoltzfoos, The Daily Caller, June 9, 2015]

Comment threads at CIS back up the claim that these “highly skilled” foreigners aren’t all that skilled. Consider this anecdote from a senior engineer at Netflix in the comment thread on Vaughan’s analysis for CIS:

I’ve worked with many Indians in tech companies. Some are well-educated and hardworking. The majority are under-qualified with fraudulent diplomas and fake work experiences.

This law will grant green-cards to 100's of thousands of meritless Indians while depriving other deserving nationals from all over the earth. ...

This law will literally make it useless for Americans to study computer science.

(VDARE.com emphasis). Here’s a comment on another CIS piece [House to Vote on Misnamed "Fairness for High Skilled Immigrants Act" (H.R. 1044), by John Miano, July 8, 2019] that explains the “backlog” of Indians who await green-card work visas:

India and China are also the BIGGEST countries of cheap and fraudulent labor. The H-1B data shows that mass majority of Indian nationals coming on H-1B are doing low tier remedial IT work, at entry level jobs. Backlog is due to this business model of Indians gaming the H-1B for their benefit. Nothing more, nothing less. This has nothing to do with discrimination. If anything, HR1044 is a discrimination bill as it would only favor Indians.

Read those comboxes carefully. Much of the back-and-forth is between Indians, not Americans.

Beyond the economic impact is the political impact. “High-skilled immigrants” and their children can be a threat the Historic American Nation as they become citizens and vote.

Most high-skilled immigrants are Asians and most of them are reliably Leftist; 80 percent voted for Hillary Clinton in 2016 [Trump Lost More Of The Asian-American Vote Than The National Exit Polls Showed, by Hansi Lo Wang, NPR, April 18, 2017]. Most Asians favor big government: 78 percent back gun control and 58 percent support affirmative action. Important to this immigration question, 64 percent support Amnesty and 50 percent oppose restricting immigration to those who use government assistance, (even though Asians are hurt by this policy). [2018 Asian American Voter Survey, Asian and Pacific Islander American Vote, October 9, 2018]

Blacks with brains, as VDARE.com’s Hubert Collins calls Indians, are among the most Leftist Asians, and are now part of the Left’s leadership caste. Examples not only include Google’s Pinchai and Microsoft’s Nadella, but also those in Congress. Indian immigrant Pramilla Jayapal brags about bringing illegal aliens into the country to apply for asylum, and Raja Krishnamoorthi, yet another Indian, has been lionized as a leader of the “Trump resistance.” [The up-and-coming leaders of the Trump resistance in Washington, Lauren Gambino, The Guardian, Jan. 19, 2017]

Of course, those immigrants have children, who then fill our colleges, which in turn fill them with anti-white propaganda.

Examples: Harris, of course, and Neera Tanden, president of the Leftist Center for American Progress, and Saikat Chakrabarti, the chief of staff for Alexandria Ocasio Cortez. Chakrabarti is the child of Bengali immigrants, a Harvard grad, Big Tech whiz-kid, and now, an enemy of the Historic American Nation and well-placed to attack it [The ‘tech millionaire’ behind the socialist: Chief of staff who boosted AOC made riches in Silicon Valley, by Adam Shaw, Fox News.com, March 5, 2019]. Chakrabarti has frankly acknowledged that the New Green Deal “wasn’t a climate thing at all” but a “how-do-you-change-the-entire-economy thing” [AOC’s Chief of Change, by David Montgomery, The Washington Post, July 10, 2019]

High-skilled immigrants and their children assimilate, but not to middle America. They assimilate to the coastal elites, then support “progressive policies,” disguise them like Chakrabarti did, and encourage hatred of whites.

Trump must veto this bill. He might win another term if he does not, given Democrat nuttiness, but it will set his party—and his country—on a new road to ruin,

But beyond that, immigration patriots who have accepted that “high-skilled immigrants” would be better than the current low-skilled mix should think of them this way: Tens of thousands of Social Justice Warriors lecturing us about white privilege in thick accents, and their children ensconced at Harvard and then Google, censoring white patriots, shadow-banning “racists,” and then gloating about it.

If Trump thinks that way—that most of these immigrants would vote against him and his legacy—maybe he’ll kill this thing before it kills more high-paying jobs, and America.