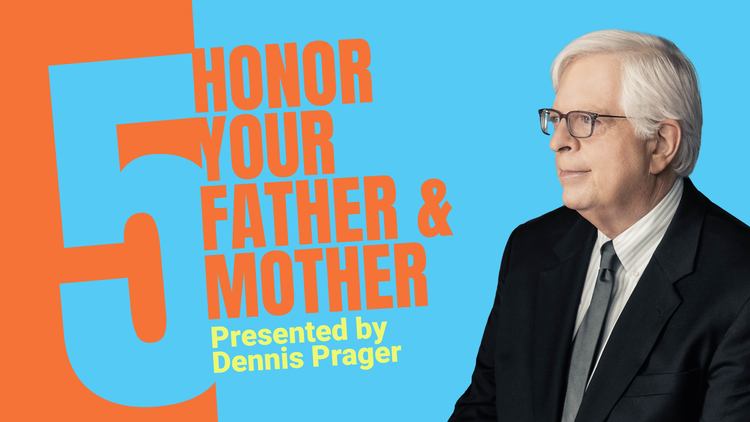 There is nothing worse than losing your nation—unless it is losing your family. Dennis Prager's recent column [Conservative Parents, Left Wing Children, DennisPrager.com, November 5, 2013] describes the anguish of conservative parents whose own children denounce them after experiencing the deliberate program of Leftist indoctrination that passes for college education. Unfortunately, Prager himself can't identify what is happening because he seems lost in the wishful thinking of Conservatism Inc.

Prager recounts that parents have written him, “usually with a resigned sadness,” that “one or more of their children has adopted left-wing social, moral, and political beliefs.” Seeing your child attend a prominent university is bittersweet, because what returns is “a different person, values-wise, from the one the naive parent so proudly said goodbye.”

A father cited in Prager's column is one of the lucky ones—grateful because he and his children “still talk.”

This problem is very real. As a student organizer, I saw it myself time and again.  Parents who give their children strong grounding in traditional values and carefully monitor every aspect of their upbringing let down their guard when college rolls around.  The result: a child who doesn’t just disagree with his parents—but who actively despises them because of their “white privilege” and reactionary values. As one heartbroken father told me after his daughter cut him off—“that damn school stole my money and destroyed my family.”

Prager thinks this has occurred for two reasons:

Virtually every institution outside the home has been captured by people with left-wing values: specifically the media (television and movies) and the schools (first the universities and now high schools).

The Leftists who have captured the commanding heights of the culture following their “long march through the institutions” know precisely what they are doing. Prager cites James Freedman, past President of Dartmouth College, who he says told graduating seniors: “The purpose of a college education is to question your father's values.”

As Prager notes poignantly: “There are too many sad conservative parents.”

Unfortunately, the “core values” Prager wants to pass on are the shallow, deracinated catchphrases of the Beltway Right. He condemns those who believe “equality trumps liberty, that a secular America is preferable to a God-centered one, and that multiculturalism should replace the unifying American identity.” In contrast, Prager wants to promote an “American trinity” of “liberty, 'In God We Trust,' and 'E Pluribus Unum.'” Rather than a real history or culture to defend, Prager gives us vague references to “Judeo-Christian values” and assurances that America is not actually “imperialist, racist and xenophobic.”

As Paul Gottfried writes of the American conservative movement, the problem is

This claim to be for 'values'...has taken the place of standing for real historical groups, that is, for groups that a genuine Right might be interested in championing.”

Of course, no nation, even one with a relatively progressive record like the United States, can possibly compete with an absolute dream that “all men are created equal.” The vision of perfect equality will defeat the national reality every time. After all, whatever the fantasies of contemporary “colorblind” conservatives, America was created by an ethnic core of White Anglo Saxon Protestant settlers—who did it, in the words of the U.S. Constitution’s Preamble, for “ourselves and our posterity.”

Nor can any real family hold together on the ground of ideology. We love our parents and our children because they are ours—not because we agree with their view of the Constitution.

Conservatives (or their children) can only believe America is an exemplar for universal liberty and equality if they remain ignorant about our actual history— or accept the kind of conservative revisionism promoted by showmen like Glenn Beck. In Beck's view, and the view of much of the American Right, all of American history, from the Founding Fathers to Martin Luther King Jr., is one long progression to the Tea Party and the dream of cutting Medicare. This shallow view can't stand up to a college education.

But if all conservatives can claim are “values” that drift Leftward at a slightly slower pace than the larger culture, they can hardly stop the process. They have essentially disarmed before the battle has even begun by accepting the Left's premise about America as a universal nation based in Enlightenment ideas. A real defense would mean explicitly describing the United States of America as a real country, founded by a real people, with a real history.

Prager's column comes off as defensive, apologetic, and most of all, defeatist, like so much of the commentary coming from the Beltway Right. In contrast, in Europe there is a movement of youth who are rejecting their parents' values—because they think their parents are Leftists. Frustrated at the hostile takeover of their country, these young rebels are taking the offensive.

Generation Identity, based mostly out of France, has characterized itself as a resistance movement against the multicultural system. Its manifesto, authored by a 21 year old named Markus Willinger, urges the overthrow of the “'68ers”—the former radicals of the May 1968 rebellion who have now entrenched themselves in the European Establishment. To them, Willinger offers an upraised fist and what he calls a Declaration of War.

While the American Beltway Right takes refuge in abstractions and slogans, the European New Right is taking the offensive explicitly on the grounds of defending its people and homelands. Willinger writes: “A new political current is sweeping through Europe. It has one goal, one symbol, and one thought: Identity.”

Though the outcome on both continents is in doubt, the European New Right at least offers the possibility of victory.

As Pat Buchanan wrote in State of Emergency:

If America is an ideological nation grounded no deeper than in the sandy soil of abstract ideas, she will not survive the storms of this century any more than the Soviet Union survived the storms of the last.

Nor will families. After all, a nation, like a race, is in the end simply an extended family.

Prager's column identifies a tragic problem. But he focuses on the symptoms, not the cause. Conservatives can't reclaim their universities, their families, and their countries unless they are willing to explicitly fight in their own defense. This means defining America—and the American Right—as something more than a series of slogans and beliefs.

Ironically, as a committed Jew, Prager has presumably given his own sons something much more substantial, although he doesn’t mention this.

But the rest of us could do worse than look to a 21 year old from France.

James Kirkpatrick [Email him]is a Beltway veteran and a refugee from Conservatism Inc.