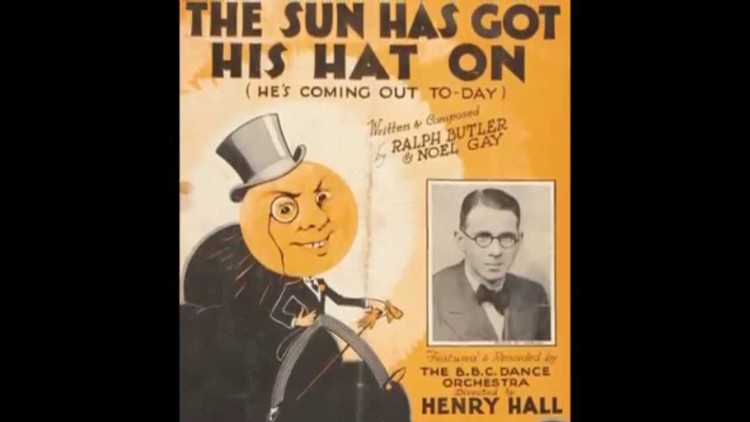 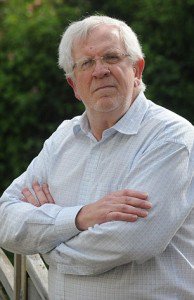 Witch hunts usually run out of steam in one of two circumstances. The first is when the hunters turn on each other. The second is when they make absolute fools of themselves. That has now begun to happen in England.

David Lowe worked for thirty two years as a disk jockey at BBC Radio Devon. He was always popular with his listeners—until recently he committed the ultimate sin.

The Sun Has Got His Hat on was one of the biggest hits of 1932 in England. Released in the middle of the Great Depression, it is a bright and cheerful song. There are two versions available on YouTube. One is by Ambrose and His Orchestra, (embedded below) the other by Henry Hall. On the 27th April this year, Mr. Lowe thought it was worth another hearing, so he played it on air.

Oh dear! He neglected to listen to the words. One couplet reads:

He's been tanning n*****s out in Timbuktu

Now he's coming back to do the same to you

[VDARE.com note: We redact n*****s, not because we agree it’s “offensive,” but because our friends who control corporate censorware will block us if we don’t].

Someone complained. Once aware of his Hate Crime, Mr. Lowe offered to apologize on air. Not good enough for the BBC. The management replied to him: “We prefer that you don’t mention anything about last week’s broadcast.” [BBC sacks veteran DJ after 32 years for playing 'The Sun Has Got His Hat On'. . . because he accidentally played original version which includes the 'N' word By Ian Gallagher, MailOnline, May 10, 2014]

Lowe was then asked if his “resignation” could include something about his wish to “pursue other interests.” He suggested that this might not be entirely honest. Whatever the case, he is now looking for another job.

The standard response to this sort of thing is to mutter about “Political Correctness gone mad,” and then to think about something else.

But, of course, Political Correctness does not go mad. Nor is it mad in itself. It is a rational, and so far a successful, strategy of thought management. If you want to make people dance as you desire, you can try giving orders at gunpoint. That usually works—but it only works while the gun is pointed. People still hate you for it. Much better is to hector and scare them into the idea that dancing to your tune is the proper thing to do.

The gun is still there. But it may never be shown to the dancers, and is always far away from the dance floor.

So it is with Political Correctness. The British and American Ruling Classes are engaged in a Cultural Marxist project of radical change. We are to be made into new peoples—people who are in neither thought nor deed infected with the virus of racism, sexism and homophobia. That, or we are to feel so ashamed of ourselves for the occasional lapse, or approach to a lapse, that we can only purge ourselves of sin by turning hysterical when others go beyond the occasional lapse.

One of the benefits of this for our rulers is that they can claim absolute power over our lives. (thus Donald Sterling is to be deprived of his property for a private conversation) and no one dares make a fuss. One of the necessary steps: to demonize everything from the past that does not indicate that everything always used to be as it now is.

Therefore, Mr. Lowe’s career had to be destroyed. However inadvertently, he had reminded his listeners that words and thoughts now taboo were once part of ordinary life—and that the popular arts before our own golden age were less relentlessly dire than they have become or been made.

Oh, and witch hunts do need witches. Innocent or guilty, someone has to be burned now and again, to encourage the rest of us.

But let us not be too gloomy about this case. An old man has been kicked out of his job, and we should feel sympathy for that. On the other hand, if we have all been loaded with chains in England, we still claim the right to rattle them in protest.

More to the point, no one has yet found a way to keep us from laughing at the scum who rule us. Still more to the point, the famous British sense of humor has not been entirely stilled—and humor and totalitarianism have never been compatible.

Recall these words by George Orwell:

One rapid but fairly sure guide to the social atmosphere of a country is the parade-step of its army. A military parade is really a kind of ritual dance, something like a ballet, expressing a certain philosophy of life. The goose-step, for instance, is one of the most horrible sights in the world, far more terrifying than a dive-bomber. It is simply an affirmation of naked power; contained in it, quite consciously and intentionally, is the vision of a boot crashing down on a face. Its ugliness is part of its essence, for what it is saying is ‘Yes, I am ugly, and you daren't laugh at me’, like the bully who makes faces at his victim.

Why is the goose-step not used in England? There are, heaven knows, plenty of army officers who would be only too glad to introduce some such thing.

It is not used because the people in the street would laugh.

I have no idea how the Hit Parade charts are constructed.

But I do most earnestly hope that The Sun Has Got his Hat on will now reach Number One.

Dr. Sean Gabb [Email him] is a writer, academic, broadcaster and Director of the Libertarian Alliance in England. His monograph Cultural Revolution, Culture War: How Conservatives Lost England, and How to Get It Back  and his  novel The Churchill Memorandum and other works can be purchased through Amazon.co.uk.  For his account of the Property and Freedom Society's 2008 conference in Bodrum, Turkey, click here. For his address to the 2009 PFS conference, “What is the Ruling Class?”, click here; for videos of the other presentations, click here.
Sean Gabb’s novel,The Break, comes out in e-book on the 2nd June 2014. You can read the first 20 per cent for free.