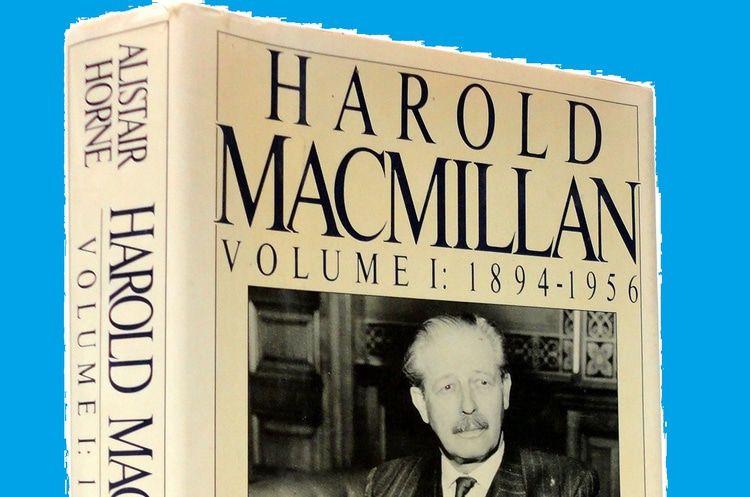 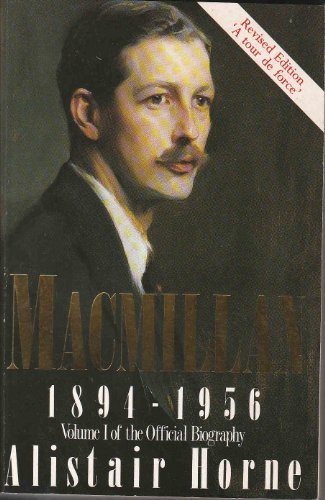 We live and learn. Anyone who remembers the hyping of President Kennedy and his attractive family must have wondered, on subsequently discovering the peculiar reality, whatever happened to Camelot's investigative reporters. Similarly, anyone remembering Kennedy's political contemporary Harold Macmillan only as Britain's imperturbable and patrician prime minister (1956-63) will be astounded to find that this first volume of his authorized biography "Harold Macmillan: 1894-1956" (Viking, 537 pages, $24.95) contains long-suppressed details of an equally remarkable love life—albeit one infinitely more poignant and romantic.

Macmillan had all the elite hallmarks—Eton, Oxford and the Brigade of Guards. His mother was American, from Spencer, Ind., but this was hardly a problem: so was Winston Churchill's mother, after all. However, Macmillan's family was "in trade" (his grandfather, born on a Scottish croft, founded the publishing house that still bears his name). In Britain's subtle class system, he was socially much inferior to his wife, a daughter of the Duke of Devonshire. In 1930, after bearing him three children, Lady Dorothy Macmillan became involved with another rising Tory politician, Robert Boothby. She ran both men in tandem until her death in 1966, apparently ceasing all conjugal relations with Macmillan although outwardly remaining the perfect political wife.

Macmillan's complaisancy could be attributed to cynicism in an era when connections were crucial and divorce was damaging, if not fatal, to a political career. But Alistair Horne argues that in fact he was devastated. He suffered a nervous breakdown and may even have attempted suicide. However, divorce was hard for a devout high-church Episcopalian who in his youth had seriously considered converting to Catholicism. And Macmillan truly loved his wife: He never was involved with another woman. The cost was frightful—not least to the children, all of whom became alcoholics and the fourth of whom, generally agreed to be Boothby's, committed suicide after being forced by Lady Dorothy to have an abortion that left her sterile. But the marriage survived. And in Macmillan's old age—he died in 1986 at the age of 92—he observed that "in doing what was difficult, I had my reward at the end."

Mr. Horne tells this novelist's story with his usual smooth competence. But as a distinguished military historian, author of studies of the Franco-Algerian and Franco-German conflicts, he really is more interested in the intricacies of Macmillan's wartime diplomacy as British minister resident in North Africa and Italy; and in the climactic Anglo-French Suez expedition in 1956, which made Macmillan prime minister by destroying the health and credibility of his rival, Sir Anthony Eden.

The result is a solid piece of furniture. But a non-British audience surely would have been better served by Macmillan's life in one volume. And, more seriously, Mr. Horne ultimately is too orthodox to develop fully Macmillan's role in the implosion of Britain—one of the most dramatic geopolitical collapses in history, full of significance for an America fashionably worried about imperial overstretch.

Even before the Depression, Macmillan had emerged as a British version of a very liberal Republican, annoying Tory leaders with his continuous calls for massive government intervention in the economy. Mr. Horne, no economist, seems to regard this as prescient for no better reason than that the intervention subsequently occurred, never considering Mrs. Thatcher's ultimate diagnosis that it actually exacerbated Britain's economic decline. Similarly, Mr. Horne accepts the conventional view that Macmillan was right in his vehement opposition to Appeasement, although a case can be made that World War II, while beneficial for Macmillan's political position, fatally injured Britain's. Mr. Horne's discussion of the developing Suez crisis never reflects the fact that it became possible only because of the decision, bitterly denounced by the much-derided Tory right-wingers, to abandon Britain's military base there in 1954. (Oddly, Mr. Horne consistently neglects grand strategy for tactical detail.) And he takes for granted the wisdom of Macmillan's longstanding enthusiasm for merging Britain into a supranational "European" state—not just a free trade area but a political union.

This lack of larger perspective shadows one of Mr. Horne's central contentions: that there was nothing untoward in Macmillan's role in 1945 when the Allies shipped thousands of Soviet and Yugoslav refugees back to the Communists, who promptly murdered them. Mr. Horne thinks this was a blunder but not a conspiracy, as some have hinted. It could be noted, however, that Macmillan never used this experience to help disabuse the West's elites of their astonishing illusions about Stalin. As throughout Macmillan's career, a nastier interpretation of his ambition and political sensitivities remains possible.

Still, whatever else can be said about Macmillan and the British ruling class, they never flinched from leading the nation in war. In 1914, Macmillan used his family influence to get into action; he was wounded four times. More than 40 years later, when Eden told him the news of his impending resignation, it was to their common experiences on the Western Front that the two old men's thoughts immediately turned. It is a comment on the American elite that no similar conversation will take place in the White House on the 40th anniversary of the Tet Offensive.

Mr. Brimelow is a senior editor of Forbes Magazine.