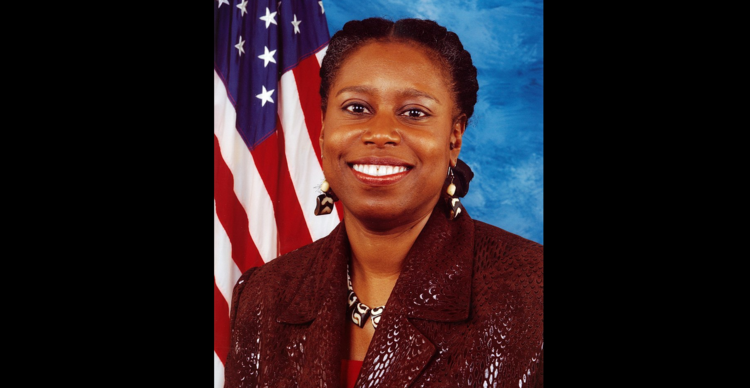 There's only one thing more damning than the recent caterwauling of cop-bashing Rep. Cynthia McKinney and her race-mongering mob:

The stone-cold silence of Beltway Democrats.

While McKinney and her ilk sling wild charges of racism and conspiracy at the police, national Dems have yet to utter one clear word in defense of the men and women who protect their privileged backsides day in and day out in Washington.

But, hey, don't question their patriotism.

McKinney, who is black, is having the mother of all Beltway snit fits because, she claims, a white Capitol Hill police officer "inappropriately touched" her last week. After asking her several times to stop when she traipsed around a security checkpoint without proper identification, according to police accounts, the officer reportedly touched McKinney's arm or shoulder. In response, she struck the officer.

You know, Rep. McKinney, as a fellow "woman of color," I have been pulled aside by government security agents numerous times for secondary screening at airports over the last few years. I've had my bra straps snapped, my thighs pawed, and my torso wanded. I've had my cell phone tested for bomb residue, my laptop inspected, and my handbags manhandled.

McKinney is spitting venom about "double standards" of justice. But if I had done what McKinney did to the police officer just doing his job, I would be marking time in the slammer. Caught in an imperial act of lawlessness, McKinney is now conducting her own victim Olympics to deflect blame and responsibility:

Lawyer James W. Myart Jr. called McKinney "a victim of the excessive use of force by law enforcement officials because of how she looks and the color of her skin. Ms. McKinney is just a victim of being in Congress while black." Harry Belafonte and Danny Glover, admittedly ignorant of what McKinney did on Capitol Hill, were on hand to add their tribal "uh-huhs" and "amens" to the blanket condemnations of white police officers.

On Monday, an entire contingent of black leaders in Atlanta inveighed against law enforcement officers and lent McKinney their unconditional political support at a meeting of the Concerned Black Clergy of Metropolitan Atlanta in the Community Church of God. (Hello, church-and-state separatists?) "Racial profiling is a well-thought-out and planned attack on black political leaders," fumed state Rep. Roberta Abdul-Salaam. "It's going from the gold dome down to the White House. It's happening and it's wrong."

Another instigated the crowd: "We know what time it is, and that's why the most progressive of us are standing here. Because we know that if you can come and get Cynthia today, you'll come and get us tomorrow." Yet another McKinney supporter rattled his tinfoil and asserted: "I believe this incident with Cynthia McKinney is a setup . . . I say the politicizing of this event was planned and staged! They decided to set this brave sister up!"

McKinney later appeared on CNN to insinuate that the entire Capitol Hill police department had "problems inside with the treatment of—or the respect for diversity—let me say." She adamantly refuses to apologize for her treatment of the officer she hit.

Two Capitol Hill cops died in the line of fire in 1998 defending politicians and government workers from an intruding gunman who waltzed passed a checkpoint in the same manner McKinney did. The Democrats' refusal to condemn the McKinney mob's smear campaign against the Capitol Hill police sinks to a new level of political cowardice. And stupidity. Republicans have already announced plans to introduce a bill defending the 1,700-member Capitol Hill police force—reinforcing the Donkey Party's haplessness on public safety and national security issues.

Contempt for law enforcement is a hallmark of the party of Ted Kennedy, Al Sharpton, Chuck Schumer, Jesse Jackson and the Clintons. New Yorkers won't forget the shameful attack on members of the Albany Police Department honor guard, who were cursed at and spat on by participants in the state Democratic Party convention in 2000. It's all of a piece. To quote a certain now-quiet Democrat senator from New York pandering to her black constituents:

"And you know what I am talkin' about."