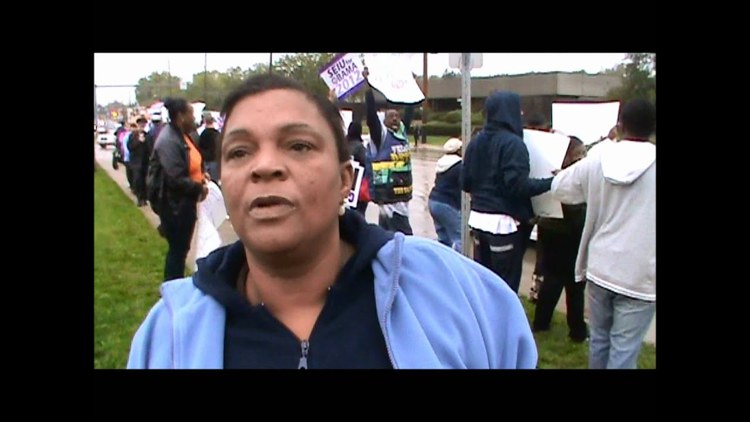 Having been deprived of internet access toward the end of last week, it has been illuminating to catch up with the Obama Phone row.

This appears to have been a further case of Rush Limbaugh functioning as de facto champion of the conservative cause: The 47% Speaks: She's Voting for Obama Because He Gave Her a Free Phone rushlimbaugh.com September 27 2012 - in alliance with the Drudge Report in full dog-whistling mode.

One of Drudge’s key missiles was actually unavailable most of the weekend, with a note on the Dayton Daily News website implying the story had been pulled: 1 million Ohioans using free phone program by Josh Sweigert Friday August 17, 2012

A program that provides subsidized phone service to low-income individuals has nearly doubled in size in Ohio in the past year.

Possibly the issue was traffic load. The Obama Phone furor went viral and evidently very much alarmed the Left. They of course responded according to the Peter Brimelow Law: Drudge lovingly carried a particularly hysterical example: No, You're the Racist, or Blogging About Obama Phones Elspeth Reeve The Atlantic Wire September 28, 2012

…racism comes in when Drudge, Rush, the people who giddily retweeted the link, do a mental calculation that if enough people would just see this video they would support Romney, because it plays on the same racist stereotypes that are usually trotted out this time of the election cycle.

That Limbaugh and Drudge were correct in their assessment if the incendiary nature of the story was demonstrated by the blogger Angry White Dude. AWD is a first class polemicist but has seemed off form lately: possibly depressed. However his comment ALL I HAVE TO BE IS AN IGNORANT, LAZY, ILLITERATE MOOCHER AND I GET AN OBAMA PHONE? September 27 2012 is vintage:

50 plus years of Johnson’s Great Society has created a permanent moocher class too stupid and helpless to leave a city ten feet below sea level with a class 5 hurricane approaching. Well, there were stores to loot. Free at last, free at last! Great God Almighty, High Def TVs free at last! To moochers, everything is free at last! They don’t have any skin in the American game. They don’t work. They pay no taxes. They receive something for nothing. And prominent Democrats insult producers by saying those receiving welfare contribute to the economy! How does a country so ridiculously stupid survive? In short, it can’t. Not in its present form.

Here speaks the core Republican voter. But what the GOP Establishment would prefer to listen to was found at Ann Althouse’s blog:
September 28, 2012 "Just How Racist Is the 'Obama Phone' Video?"

Elspeth Reeve has good analysis at the Atlantic Wire. I had a big problem with Rush Limbaugh playing this clip over and over on his show yesterday… when someone repeatedly plays it, as Rush did, it seems as though he's trying to stir up racial fears…

If this is what Romney supporters think they need to do to get their man elected, I hope they fail. And, frankly, I think they will fail. If people in the middle — like me — get the impression that fear of black people is supposed to be the reason to vote for Romney, we're going to vote for Obama.

As Elspeth Reeve sadly noted, Romney has in fact said nothing about the controversy.

The latter course would mean the GOP behaving as the Generic American Party. The Althouses of the world would hate that.