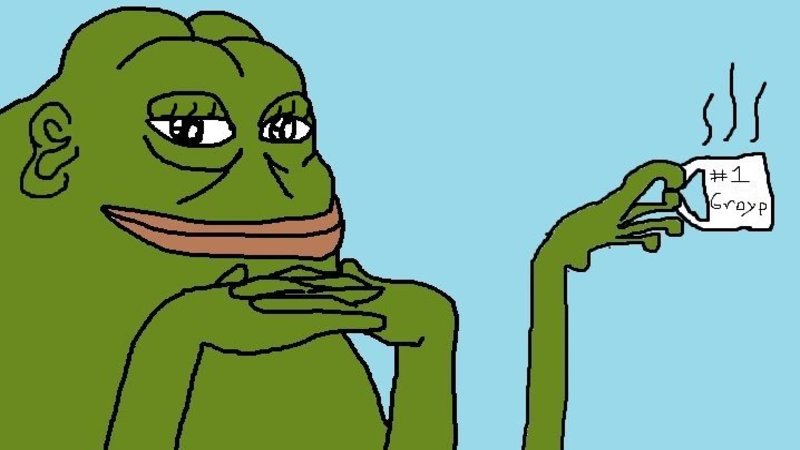 Will the GOP fight to preserve the Historic American Nation, or will it blithely submit to demographic change? That’s the fundamental question animating the “Groyper Wars” against Conservative Inc. For the past two months, young patriots—who’ve adopted as their symbol the smug toad known only as “Groyper”—have asked Turning Point USA founder Charlie Kirk and other Conservative Inc. figures tough questions about demographics and immigration. Conservative Inc. responded with smears and attacks on nationalist leaders like Nick Fuentes. But this fight is finally forcing conservatives to debate demographics and the GOP’s future without a white majority. It’s a far more substantive and relevant debate than the over-hyped David French vs. Sohrab Ahmari fight last summer. This is not a battle between out-of-touch pundits over “civility”—it’s a war for the future of America.

The Conservative Inc. side is primarily represented by TPUSA and Young America’s Foundation, both of which are the largest (and best-funded) conservative student groups in the country. Their primary figures are Charlie Kirk and Daily Wire editor-in-chief Ben Shapiro. ‘

In contrast, the Groypers are a spontaneous grassroots movement of young nationalists who are fed up with Conservative Inc.’s shilling for  mass immigration, globalism etc.. Their leaders are Nick Fuentes and American Identity Movement leader Patrick Casey [Far-right agitators roil the conservative movement on college campuses in battle to define Trumpism, by Nick Anderson, The Washington Post, November 16, 2019]

The Groyper War is actually pretty simple: patriots attend conservative campus events and ask the speakers tough questions. TPUSA provided the perfect opportunity with its “Culture War Tour” this fall. The tour’s primary purpose was to give Kirk the opportunity to “destroy” Leftists who ask him questions. TPUSA, Shapiro, and many others love to share videos of them “eviscerating” a Leftist college student who asks them a stupid question.

But Kirk et.al. did not expect to receive hard questions from the Right. That they did is heartening evidence that the Dissident Right has rebounded from the Democrat putsch at Charlottesville.

Thus instead of providing Kirk with viral videos of him embarrassing Leftists, the Culture War Tour resulted in dozens of young nationalists humiliating him. When Kirk first took questions about immigration, he sounded like a Cheap Labor lobbyist in response. He expressed support for mass legal immigration, demanded America issue more EB-5 visas to foreign oligarchs, and hoped we would “staple green cards” to the diplomas of foreign college graduates. Naturally, he smeared those who asked about demographics as “racists.”

This terrible strategy only encouraged the Groypers to show up in even larger numbers.

Why in the hell is Charlie Kirk a leader in the MAGA movement?

He doesn’t give a damn about the American workers who have lost their jobs to mass immigration.

All he cares about is what is good for his donors.

After a particularly disastrous appearance at Ohio State University in late October, Kirk decided to change course. He apologized for his support for stapling green cards to diplomas and announced he was a strong supporter of the immigration-reducing RAISE Act. He also told audience members that immigration is an important issue.

At the same time, he attacked America First nationalists in the harshest terms possible. Kirk zeroed in on Fuentes and Casey as targets of his wrath.

His allies spread edited clips of Fuentes to make him appear as a Holocaust denier, neo-Nazi, and white supremacist. Fuentes is none of those things, as he was allowed to clarify in relatively fair reports from the mainstream media.(Conservative Inc. media is far more likely to smear Fuentes in hyperbolic terms than the “Fake News” Washington Post.) Some of Kirk’s allies, including the nominally conservative Zionist Organization of America, demanded Twitter ban Fuentes.

“Enough with the Jim Crow stuff. Who cares? ‘Oh, I had to drink out of a different water fountain.’ Big f—ing deal...oh no, they had to go to a different school...And even if it was bad, who cares?...it was better for them, it’s better for us.” pic.twitter.com/ZJ7LqpTHgL

Attacks on Fuentes only increased after nationalists heckled Kirk at an event with Donald Trump Jr. on November 10. The Main Stream Media began to notice the phenomenon and cover it as a serious rift in the Right. This is not the coverage Conservative Inc. wanted.

At his last events, on November 13, Kirk has castigated “white identitarians” as evil and un-American. He defamed Casey as a white supremacist leader of a neo-Nazi group that wishes to overthrow the government. He declared “demographics is not destiny.”

He also deployed dubious rhetoric that the Founding Fathers wished to create a multicultural, multiracial state based on the motto, “E pluribus unum.” Kirk typically doesn’t realize that the Founders used that motto to express the federal union of many states—not many races and ethnicities. He should maybe consult with the writings of John Jay and Thomas Jefferson to get a better view of what the Founders thought.

It has NO place in the conservative movement

We believe in natural rights for ALL

We believe in E Pluribus Unum—out of many one

And we condemn this hateful ideology

Kirk must think his new carrot and stick strategy will work. The carrot: born-again support for immigration restriction. The stick: the denunciations of anyone who goes beyond that as an evil “white supremacist.”

You can support immigration reduction and be welcome in Kirk’s movement—but you’re not allowed to discuss immigration-driven demographic transformation, Or ask, like Fuentes, ask  questions about Israel.

Ben Shapiro and YAF echo this sentiment. They also have been confronted by Groypers at recent campus events. It’s not going well. In Shapiro’s November 7th speech at Stanford University, he went on a long diatribe about Fuentes and argued his ideas are not “America First” [Conservative commentator Ben Shapiro blasts alt-right, radical left, identity politics in MemAud lecture, by Leily Rezvani and Emma Talley, The Stanford Daily, November 8, 2019].

Significantly, and in contrast to Kirk, Shapiro appears to have backed away from immigration restriction, which he finally expressed support for in 2015. In a column praising Ann Coulter’s Adios America, Shapiro lamented that so many conservatives have “capitulated” on immigration and “granted the Left's premise in the hopes that America's new immigrants will resemble her old immigrants, even though the America that welcomes them has changed dramatically.” [Ann Coulter's War, by Ben Shapiro, Creators, May 27, 2015]. He also expressed support for immigration reduction in a 2015 interview with Coulter.

But now Shapiro seems to no longer to support the idea. Most recently Shapiro refused to support immigration reduction. merely saying that  conservatives must “root out and destroy any elements of race-driven policy from its midst” [Are Conservative Immigration Restrictionists Racist?, by Ben Shapiro, Daily Wire, November 14, 2019]

YAF apparently decided to take Shapiro’s dictum to heart and purged Michelle Malkin from its ranks. Malkin ran afoul of Conservative Inc. for her vigorous defense of the Groypers, Fuentes—and VDARE.com. She dismissed the smears and argued that the Groypers are true patriots who want to save the country.

Her defiance convinced the cowards at YAF that they no longer wanted her as a campus speaker. The conservative student group, which is effectively run by Shapiro, issued a statement last weekend saying “white nationalists” are not welcome in the conservative movement [Conservative Group Fires Michelle Malkin Over Support for Holocaust Denier, by Will Sommer, The Daily Beast, November 17, 2019]

There is no room in mainstream conservatism or at YAF for holocaust deniers, white nationalists, street brawlers, or racists.

Our full statement below: pic.twitter.com/b5EB7P53v3

But none of these efforts have dampened the Groyper war or convinced young nationalists that Conservative Inc. represents their interests. Fuentes’s star is rising—as Drudge Report notes—and America First ideas are ascendant. TPUSA allies continue to gnash their teeth at the Groypers to no effect. Kirk’s reversals on immigration show that the Groypers are winning. It’s good he knows he must embrace immigration reduction to appease the base. Kirk may condemn the Dissident Right, but he’s still taking our ideas.

This Groyper War is a far more relevant fight than the much-discussed David French vs. Sohrab Ahmari debate. That fight never brought in demographics or immigration and it didn’t involve average conservatives. It was a dispute between well-ensconced pundits over whether the state should shut down Drag Queen Story Hour. New York Post opinion editor and VDARE.com hater Sohrab Ahmari said the state should shut it down. Former National Review writer and VDARE.com hater David French [Tweet him] said the state shouldn’t get involved. This petty matter generated thousands of articles and blogs over the future of the Right. Ahmari allegedly represented something new with his wish for the state to enforce the “common good.” But the Groyper War has shown him to be no different from Conservative Inc.

Both French and Ahmari condemned the Dissident Right in the wake of the Groyper War. Ahmari [Tweet him] decreed that sharing a VDARE link (on a “government email”) is a fireable offense. Bottom line: when it comes to the important issues, Ahmari’s “integralists” and French’s “classical liberals” are no different. Both sides will not discuss demographics—and neither side supported Trump when it mattered.

Neither French nor Ahmari represent the future of American nationalism. That future lies in the outcome of the Groyper War. Both sides are connected to the Trump moment—and both compete for the attention of the youth.

Will the next generation of the American Right frankly accept that demographics is destiny—or pretend #Blexit (and tax cuts) will win over black voters?

Will it stand up for the Historic American Nation—or stand be seduced by the Kochtopus?

"My Dear Leonidas, Sparta is just a placeholder for ideas. If Sparta went away, we'd still have ideas." pic.twitter.com/4sdSkaJ11D

Will the Right dismiss the Left’s ritualistic attacks—or continue to be stampeded by them?

Conservative Inc. can no longer hide from these questions. Its platitudes aren’t convincing young patriots.