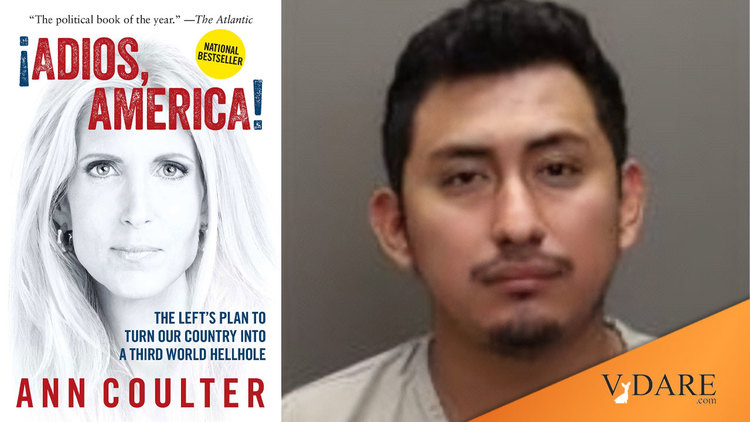 Recently, an abortionist in Indiana made the rather shocking, in Culture War terms, accusation that a pregnant 10-year-old had had to flee Ohio, a state with abortion laws—now that the U.S. Supreme Court has allowed American states to have abortion laws—to less restrictive Indiana [Patients head to Indiana for abortion services as other states restrict care, by Shari Rudavsky  and Rachel Fradette, Indianapolis Star, July 1, 2022].

Republicans and pro-lifers didn’t believe it, pointing out that anyone who impregnated a 10-year-old girl would be committing a very serious crime, and a police investigation should and would be launched [Ohio Attorney General Throws Cold Water on ‘10-Year-Old Rape Victim‘ Story: ‘There Is No Case,‘ by Megan Fox, PJMedia, July 11, 2022]. Also, none of the abortion laws in any state would prevent an abortion in such a case, because pregnancies at that age are ipso facto life-threatening.

Well, it turns out the 10-year-old does exist—and was a victim of a Guatemalan illegal alien, a fact that may have influenced whether the rape was reported to police:

A Columbus man has been charged with impregnating a 10-year-old Ohio girl, whose travel to Indiana to seek an abortion led to international attention  following the Supreme Court‘s decision to overturn Roe v Wade and activation of Ohio‘s abortion law.

Gershon Fuentes, 27, whose last known address was an apartment on Columbus‘ Northwest Side, was arrested Tuesday after police say he confessed to raping the child on at least two occasions. He‘s since been charged with rape, a felony of the first degree in Ohio.

Columbus police were made aware of the girl‘s pregnancy through a referral by Franklin County Children Services that was made by her mother on June 22, Det. Jeffrey Huhn testified Wednesday morning at Fuentes‘ arraignment. On June 30, the girl underwent a medical abortion in Indianapolis, Huhn said. 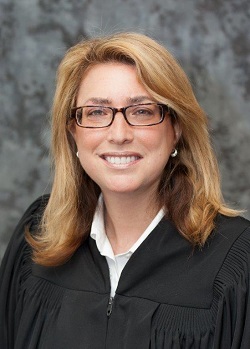 Huhn also testified that DNA from the clinic in Indianapolis is being tested against samples from Fuentes, as well as the child‘s siblings, to confirm contribution to the aborted fetus.

Franklin County Municipal Court Judge Cynthia Ebner [pictured right] said the case did not warrant Fuentes — who is believed to be undocumented — to be held without bond.

Ebner said a high bond was necessary, however, due to Fuentes being a possible flight risk and for the safety of the child involved. Before being arrested, Huhn and Det. David Phillips collected a saliva sample from Fuentes, according to a probable cause statement.

Ebner set a $2 million bond for Fuentes, who is being held in the Franklin County jail. [links in original, emphases added]

NEW: Per ICE source, Gerson Fuentes, the man charged with raping & impregnating a 10-year-old girl in Ohio, is a Guatemalan national in the U.S. illegally & ICE has placed a detainer on him with local law enforcement. The victim later traveled to Indiana for an abortion. @FoxNews pic.twitter.com/NWftShZejw

We don’t know if the victim was Hispanic, white, or black—the MSM properly conceals the names of rape victims and improperly refuses to say if this was an interracial rape or not. Mostly in these cases the victim is a family member, or near neighbor, i. e., also Hispanic.

You may recall that one of the things Trump said about illegal immigrants from (mostly) Mexico, as he came down the elevator and announced for the Presidency in 2015, was: “And they‘re rapists.“

That was because he’d been reading Adios, America, by Ann Coulter, who has a lengthy discussion of underage pregnancy caused by Hispanics in Chapter 11: “Why Do Hispanic Valedictorians Make the News, but Child Rapists Don‘t?“

Saying Mexicans are rapists is like saying Americans drink Coca-Cola and Britons drink tea. The existence of Perrier-drinking Americans or coffee-drinking Londoners doesn’t mean stereotypes aren’t true. Indeed, back in 2003, Mary Jordan of the Washington Post  won the Pulitzer for her horrifyingly detailed story of the culture of rape in Mexico and how rarely it‘s punished [In Mexico, an Unpunished Crime, by Mary Jordan, Washington Post, July 30, 2002].

Mexicans are also a nation of statutory rapists: the age of consent in Mexico is 12,  and statutory rape by Mexicans in America is common.

So here’s what Ann Coulter has to say about pregnant 10-year-olds in Adios, America:

There are so many Hispanic child rape cases that in a state like California the same judge can hear several of them. Thus, a few years after presiding over the case of immigrant rapist Guatemalan Willy Alejandro Jimenez, who had grabbed a four-year-old girl in a Palo Alto parking lot, raped her, beaten her unconscious, then thrown her naked body from a moving car,  the same judge also presided over the case of fifty-year-old immigrant child rapist Paul Narvios,  who repeatedly raped his girlfriend’s nine-year-old daughter, getting her pregnant and making her one of only four girls under the age of ten to give birth in the United States.

International studies about child sex crimes in Latin America never seem to get the prominent media coverage of studies purporting to show that Fox News viewers are idiots, but they exist. According to the Latin American and Caribbean Youth Network for Sexual and Reproductive Rights (REDLAC), 77 percent of reported sexual assaults in Lima, Peru, are against child victims.  In the late 1990s, girls between the ages of ten and fifteen accounted for more than 15 percent of all births in Argentina and 17 percent of all births in Uruguay. By contrast, less than 2 percent of births in the United States are to girls in that age group—and most of those are Hispanics. In the United States, Hispanics are seven times more likely to give birth between the ages of ten and fourteen (1.4 per thousand) than whites (0.2 per thousand), according to a Centers for Disease Control study.

The prevalence of freakishly young birth mothers in Latin America confirms the reports. According to CNN, 318 ten-year-old girls gave birth in Mexico in 2011 and in the Mexican state of Jalisco alone 465 girls between the ages of ten and fourteen gave birth. In the last quarter century, there’s been one reported case of an American impregnating a girl that young.

Although records from the 1930s are suspect, the youngest mother in history is said to be five-year-old Lina Medina, who gave birth in Peru in 1939. Counting only specific cases with provable facts reported in the news since 1900, five eight-year-old girls are known to have given birth—two in Colombia, and one each in Mexico, Peru, India (a Muslim),  and Chechnya (another Muslim).  As a result of the United States’ meticulous recordkeeping, the apparent rate of medical oddities in America is inflated in every category compared with official records from most other countries. Nonetheless, no eight-year-old girls have yet given birth in the United States—unless we’re counting an apocryphal story of Bill Clinton’s surgeon general, Joycelyn Elders, who, while pushing sex ed for kindergarteners, claimed to have heard about an eight-year-old in rural Arkansas who gave birth to twins, which no Arkansas doctors had heard of or believed.

Since 1990, the media have reported on fifty-three specific girls aged ten or younger who have given birth in Latin America. In the United States, with a population about 70 percent the size of the nine countries where those births occurred,  there were four reported births to girls that young—and three were to immigrants. Two were fathered by Hispanic immigrants, one by a Haitian illegal immigrant, and one by an American. But for William Edward Ronca,  there would not be a single confirmed case of a white man in the Western Hemisphere impregnating a girl ten years old or younger. Go USA.

In fact, William Ronca appears to be the only white man in the entire world who has impregnated a girl that young. In all of Western Europe, the United States, Canada, Australia, and New Zealand combined, there have been eight reported births to girls aged ten or younger. Seven of the eight involved immigrants.

More from Ann Coulter on Hispanic child rapists on VDARE.com:

The thing is, this is supposed to be a secret, kept from you by the Main Stream Media, which likes to call people like Gershon Fuentes a “Columbus man.”

Adios America also includes a “Secret Decoder Ring“ for figuring out which of the crimes in your newspaper is an immigrant crime.

So this news coverage may alert to what’s coming to American from South of the Border…or, like many other cases, be ignored by MSM consumers, especially those who only read headlines.

We expect to keep covering it here at VDARE.com for the foreseeable future, however. Please donate here to help us continue.

James Fulford [Email him] is writer and editor for VDARE.com.