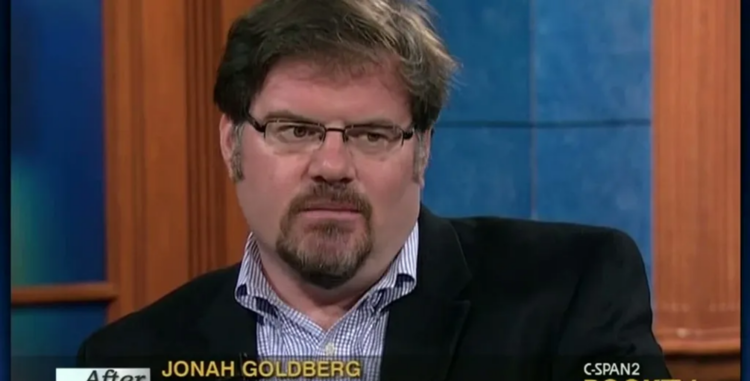 He’s Just As “Racist” As Anyone Else Fired From National Review, And We Can Prove It

In the uproar about John Derbyshire’s firing for a column on safety for nonblack teens, and Robert Weissberg’s “firing” (assuming he was ever paid anything) from NRO’s Phi Beta Cons blog, it apparently hasn’t dawned on Media Matters, the SPLC, or Rich Lowry, that one of NRO’s leading anti-black racists is still employed by NRO—or at least is a member in good standing of their group blog in the Corner. 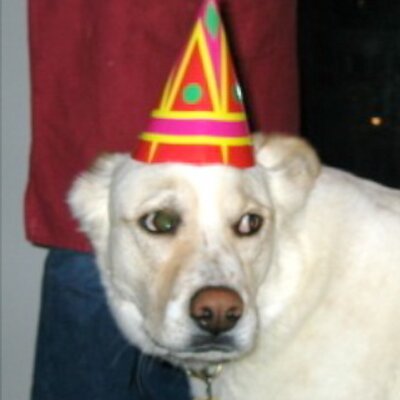 Jonah Goldberg, who piled on the attacks on Derbyshire, is the inventor to the Marion Barry Shooter, which he describes in this racist Corner post:

Longtime readers surely remember this story, as I often show up at collegiate speaking events to find kids eager to buy me a MBS. Anyway, if you don't know what a Marion Barry shooter is, here's the story (as plagiarized from an old column of mine):

When Marion Barry was elected mayor of D.C. — after his release from prison — I was with friends in a bar (sort of like saying, “ when Barry was elected I was breathing”). Barry had recently spent some time in the pen for smoking crack. The bar had the local news on and there was a reporter doing a stand-up from Barry campaign headquarters, where the victory party was already starting. The reporter — in total, complete, un-ironic seriousness — said something to the effect of “Well, Jim, I'm here tonight at the Barry headquarters. It's a really diverse group, with people from every part of the Barry coalition…..with a strong turnout from the ex-offender community.” Recall that Barry campaigned in the local prison, telling inmates to tell their families to vote for him because he would liberalize parole, create an “office of ex-offenders' affairs,” etc. The “ex-offender community” (a.k.a., criminals and hangers-on) accounts for a sizable portion of the voting population.

At that point, we decided that any mayor who could rally the ex-offender community without losing too many votes from the, say, law-abiding community, deserved a drink named after him. We came up with a concoction of Jagermeister, Kahlua, bourbon and Coke. Why this collection? Because we wanted a drink “so black not even the man could keep it down.”[More]

“So black not even the man could keep it down.” That is, indeed, a memorable phrase. And it’s deeply racist, implying that the District of Columbia’s black population is not only crime-ridden, but that even the “say, law-abiding community” is willing to vote for a criminal out of racial loyalty. RACIST!!!! [VDARE.com note: in the grand tradition of the point-and-splutter technique, it is not necessary to explain why something is “racist.” However, for the convenience of the reader, we will mark particularly “noxious” statements by Goldberg like this: RACIST!!!! .]

The phrase “so black” refers not only to Kahlua, et cetera, but to Mayor (now Councilman) Barry’s actual skin color. RACIST!!!! Barry, as everyone knows, has made a career out of running as being “blacker than” rival African American politicians.

This not only means he has more street cred, but that he’s actually physically blacker. See Is He Black Enough, March 30, 2008, in which African-American pundit Michael K. Fauntroy describes Marion Barry’s use of this tactic against Patricia Roberts Harris. Dr. Harris was notoriously pale, as a Google Image Search will show you.

Thomas Sowell, in an interview with the American Enterprise, said

The two most controversial pieces I've written were in the Washington Post in 1981, called "Blacker Than Thou" and "Blacker Than Thou II." Oh, the fury. An entire page of the Post was devoted to letters attacking me. Patricia Roberts Harris said something like, "People like Sowell and Williams are middle class. They don't know what it is to be poor." So I proceeded to point out that not only was Patricia Roberts Harris not poor, but that I never saw Patricia Roberts Harris at Howard University when we were there at the same time because she was in a sorority that would not admit dark-skinned girls. [ "Live" with TAE)(Interview) The American Enterprise | September 1, 2004]

When you consider that Sowell himself was accused of racism for saying this—Dr. Harris accused him of using "South African apartheid concepts of racial gradations"—I don’t see how Jonah Goldberg can be allowed, not only say this, but to make what Rich Lowry would call “noxious” jokes about it. RACIST!!!!

But there’s more to it than that. What Jonah Goldberg was attacking in the original column was the idea of statehood for the District of Columbia. It is RACIST!!!! to do so, of course, all authorities agree.

This was when the DC Government first started license plate tags that say “Taxation Without Representation, ”as a way of agitating for Statehood.

However, Goldberg had a wild card solution to the Taxation/Representation question—eliminate taxation! Yes, you could make the District of Columbia into a local equivalent of Monaco, whose residents don’t pay any income taxes at all, because they’re supported by the Casino at Monte Carlo.

There’s only one problem with this, although if we were racists like Goldberg, we might see it as a benefit. It would lead to the ethnic cleansing of the District of Columbia. That’s because blacks couldn’t afford to live there. Double RACIST!!!!

And Goldberg admits it! Here’s how he set it out (Emphasis added—everything in italics is RACIST!!!! ):

There are several reasons why this idea has merit. First and foremost, it would be very good for me. This point really cannot be overemphasized. But it would also be good for the District’s mostly black, mostly poor, 700,000 residents. Of course, if this proposal were implemented without care, the District would become Monaco on the Potomac almost overnight. Rich Americans would buy up land and property everywhere they could. Poor people would be evicted and all the rest. Honestly, that wouldn’t be that bad in the big picture.

But, for political and compassionate reasons we should be more careful. If the Russians can sell off socialized industries, public housing and the rest, surely we can do the same here. People in public housing could be given vouchers for their ‘stake’ in the buildings which would have to be purchased by any developer. Those who already own their homes would be in great shape.

Either way, there would be a huge transfer payment from the private sector to some of the country’s poorest people. Would this result in poor people being squeezed out of the District? Sure would. But most wouldn’t be poor anymore. That’s a poverty program that works. Besides, the local government could still collect taxes from the richest people in the world who’d be moving into town in droves. That would pay for schools, roads, rat eradication, etc. " [Make It a State? I Have a Better Idea | Make D.C. tax-free, By Jonah Goldberg, June 2, 2000 12:15 A.M.]

Well, in a mostly wealthy, white city, rat eradication wouldn’t be as big a problem, any more than it is in Scarsdale, NY. Rats are mostly caused by slum conditions. If rich people get them anyway, they just call the rat eradicator on their own dime.

And if Jonah Goldberg thinks that giving African-Americans a six or even seven figure check and telling them to go away is “a poverty program that works,” then so is the lottery. And so is the tort law system.

Let me put this way—Rodney King was awarded $3.8 million dollars in 1981. With careful investment, that would now be much larger. Except he spent it.

Goldberg’s plan to give the local black population a check and wave goodbye to them is both paternalistic, and then again not paternalist enough.

What Steve Sailer said after Hurricane Katrina was that

"What you won’t hear, except from me, is that 'Let the good times roll' is an especially risky message for African-Americans. The plain fact is that they tend to possess poorer native judgment than members of better-educated groups. Thus they need stricter moral guidance from society".

John Podhoretz called this “The most disgusting sentence yet written about Katrina."

Well, the realism behind it may disgust Podhoretz, but people drowned in Katrina because Bush wouldn’t see that there was a need for the Federal Government to take over from Ray Nagin. And Rodney King almost killed himself with booze and drugs because the LA City government decided that it was cheaper to settle a case they could have won in court than to have blacks riot again.

Which is worse, having people say you need “stricter moral guidance”—or drowning because you and your mayor didn’t get it?

Jonah Goldberg recycled this (the traditional “anti-racist” thing to say is that he “doubled down”) in a 2001 piece in the Washington Times, when Eleanor Holmes Norton joined with Joe Lieberman to actually propose this seriously.

After comparing black pro-statehood protesters to “a baby banging a spoon on his highchair” RACIST!!!! Goldberg was unusually frank about what he doesn’t like about statehood for the district:

“The African-American base of the Democratic Party is gung-ho on the issue, largely because it would almost surely result in two black, hard-core Democratic Senators.” ELIMINATE FEDERAL TAXES FOR D.C. RESIDENTS, April 20, 2001

Then he goes and turns it around to say that conservative “don't want two permanent hyperliberal senators.” He means, of course, that they don’t want two black senators. So he repeats his plan for abolishing income taxes in the District:

"According to every economic theory we hold dear, D.C. would become Monaco on the Potomac overnight; it would be the richest, most beautiful city in the world. Sure, D.C. residents wouldn't be able to vote on omnibus spending bills and mohair subsidies, but then again taxpayers in Montana wouldn't have to watch their hard-earned dollars pay for a subway system in faraway Washington, either.

More importantly, think of the symbolism. As the District became grander and grander, the benefits of low - or no - taxes would be hammered home. The District's 25 million annual tourists would see a New Athens in the making, and they would take home the lesson that great things are possible when government gets out of the way."

Unmentioned in the Washington Times version is that “the richest, most beautiful city in the world” would also be one of the whitest—although people looking for dog whistles will certainly see them in the names Monaco and Athens, two historically white cities.

Of course, an alternative to the theory that Goldberg is an evil racist is that he is just trying to say something funny and interesting. (That explains why he, rather than Rich Lowry, is the subject of this column—Lowry doesn’t even try to be funny or interesting.)

But that argument never saves us from the attacks of the SPLC and Media Matters, so I don’t see why it should save him.

You see, as James Kirkpatrick explained recently, Republicans and conservatives of all stripes really are appealing to what are, broadly considered, white interests.

Lower taxes, crime control, and an end to welfare as we know it, are all really white issues, because blacks don’t like them.

And the fact that blacks are so anti-Conservative (they voted 95 percent for Obama) will always make any conservative principles ipso facto racist.

So for NRO, shunning “racism” means that they’re guaranteed never to be found “winning an argument with a liberal.”

Having given into the anti-racist hate hunters, the only way Goldberg, Lowry and NRO can avoid their own destruction is by abandoning conservatism entirely.

This they seem on train to do.

James Fulford [Email him] is a writer and editor for VDARE.com.