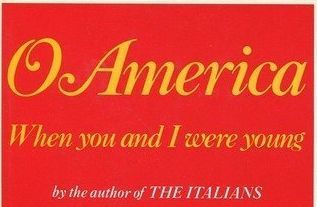 The Fulford File, By James Fulford | Luigi Barzini And the Golden Age of Immigration 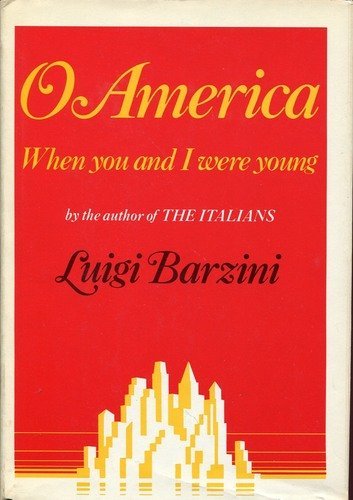 I have just been reading O America, When You and I Were Young, by Luigi Barzini, (1908-84) the Italian journalist and historian, about his experiences in America before the Second World War.

As a result of the Depression, which made it hard to find work in America, Barzini Sr. and Jr. did something that seems almost incredible today: they went home.

Barzini Jr. moved back to Italy and did his military service in the Bersaglieri, but got out in time to not have to fight in the war on the side of the Axis. (He was slightly anti-Fascist. Mussolini kept him confined to a small village, where he couldn't do much harm.)

He was able to greet the American troops in English when they liberated Rome in 1945.

You can contrast this with today's immigration, where almost nobody goes home—because, whatever the economic downturn, the government will always support you—where immigrant businessmen get government grants and loans,  and where the schools are now attempting to make foreigners literate in Spanish, so that they can read the Spanish language press.

Barzini had saved the life of a young Mafiosi named Mike. He used this debt to get an interview with a Sicilian Mafioso living in Brooklyn, claiming that he wanted to explain to the American public about the culture of Sicily, and how it had evolved into the Mafia. The Mafioso, Don Turi, spoke to him:

"Mike says you want to defend the Sicilians' name from defamation, explain to the American public what laws we obey, and how we help each other like brothers in this strange, difficult, and hostile country." [This was the explanation Barzini had given; actually he was contemplating an exposé.]

"It is a noble wish, we commend you. But I'm afraid the moment is not opportune. We're at war. We Sicilians in American must think of ourselves like the Jews in Egypt before the Exodus. Everybody around us is our enemy and our oppressor. We have to be very prudent."

After a few more words in which the Don gently hinted that if Barzini were contemplating an exposé, it would be bad for his general health, Barzini left.

Not too long after he returned to Italy. He was to spend much of his later career crusading against the Mafia in its native Italy, where it belongs.

Everyone knows that Italians and Sicilians have Americanized to an intense degree, in part exactly because the 1920s cut-off strengthened the assimilative process, and are extremely patriotic. But now, the post-1965 immigration disaster has brought a huge number of different groups to America.

Which of them thinks that they're "at war?"

Which of them thinks that all Americans are their "enemy and [their] oppressor?"

You tell me. And then ask yourself if America needs more of that.