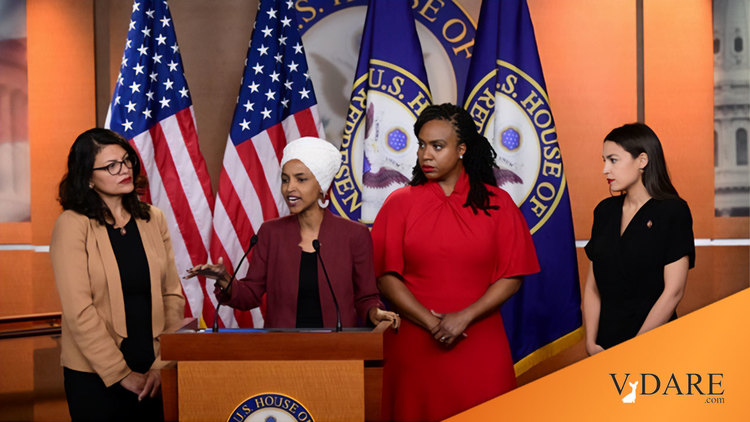 The Democratic Party Has Tipped, To Minorities, Women, Gays—Expect More Kavanaugh-Type Hysteria in the Future. 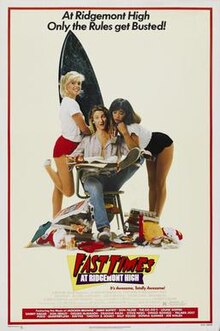 The hysteria provoked by Donald Trump’s appointment of Brett Kavanaugh as an associate Justice of the Supreme Court may well be unprecedented in US history. Never before has a president’s judicial nomination been met with such an overwhelmingly emotional reaction. And it’s not in the least bit surprising, either. Females (especially when rejected), minorities and homosexuals—the very people most infuriated by Kavanaugh’s elevation—are highly emotional. And there are sound evolutionary reasons why this is the case.

Back to Kavanaugh. Chef, from South Park once observed that, “There’s a time and place for everything, and it’s called college.” Anyone who’s ever been to university—or even to a co-ed high school—knows that students are callow, promiscuous and strongly sexually-driven. When I was at university, sexual behaviour between opposite-sex friends—sexual touching, lip-kissing and even making out—was perfectly normal, as were intense but brief sexual relationships (what Tom Wolfe called “Hooking Up”) and the consequent breaking of hearts. But, “What happens in college stays in college.” 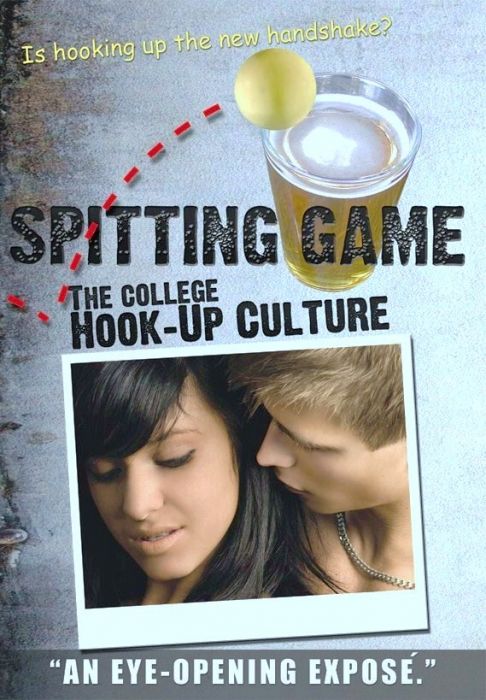 Things can become difficult, however, when it is the female’s heart that is broken. Adult females are much higher than males in the personality characteristic Neuroticism—the essence of which is feeling negative emotions strongly. [Age differences in personality traits from 10 to 65, By C. Soto et al., Journal of Personality and Social Psychology, 2011]. This is seemingly because, in the prehistoric environment, an optimum level of anxiety helped to ensure that the kids you were caring for didn’t get hurt. And worrying makes you more competitive to get your man and keep him, in a prehistoric context in which pregnant and nursing females needed males to support them. [Why Neurotics Haven't Died Out, By Rachel Rettner, Live Science, June 15, 2010]

And it really it is true that “Hell hath no fury like a woman scorned”. Females are higher than males in all negative emotions. Though some men never fully get over a break up, women feel the emotional pain of a break up far more intensely. [Quantitative sex differences in response to the dissolution of a romantic relationship, By Craig Morris et al., Evolutionary Behavioral Sciences, 2015].

When emotions are intense, people are more likely to exaggerate, in their own minds, what has happened to them, remembering it as far more awful than it was. [Psychodynamic Psychiatry in Clinical Practice, Fifth Edition, By G. Gilbert, American Psychiatric Publishing, 2014, p.298] This gets much worse over time, because we are prone to “false memories”, whereby something we imagine, and could plausibly have happened, and which neatly fits with our current sense of self, is selected to be a genuine “memory”. We do this because maintaining a positive and clear sense of who we are is vital to keeping depression at bay. [The Science of False Memory, By C. Brainerd & V. Reyna, Oxford University Press, 2005]

This is a why a naïve male undergraduate who sleeps with a mentally unstable female and then dumps her may find himself falsely accused of rape. The female will have genuinely convinced herself—often quite some time after having had consensual sex—that it was “rape” after all.

And it is why Prof Christine Blasey Ford may well have genuinely believed—on 16th September 2018, when she made the allegation—that she was sexually assaulted by the 17-year-old Kavanaugh when she was 15…despite the fact that her story is full of holes, a supposed witness can’t remember it, and there is no corroborative evidence for it whatsoever.

Another dimension is added to this by Deborah Ramirez’s allegation, made on 23rd September, that Kavanaugh exposed himself to her and pushed his penis into her face, after they’d both been drinking at a party at Yale in about 1983. Nobody could find any first-hand evidence of this and even Ramirez later admitted that she wasn’t sure it was Kavanagh.

People who are high in Neuroticism are prone to hysteria and can thus be easily induced into a mob mentality. So we can see how a woman who was sexually assaulted in some way—she may have unconsciously exaggerated its extent over time—might conclude that it was the prominent public figure, whom she had known and who’d supposedly assaulted another woman, who had done this…especially if he had shunned her in some way. This would help to keep her sense of self positive, partly by elevating her belief in her own importance.

A combination of Neuroticism and hysteria is likely to explain why Julie Swetnick went public, on 26th September, with her unfounded allegations that Kavanaugh attended parties where males would prey on young girls, spike their drinks, and rape them. [New Kavanaugh accuser Julie Swetnick details local house parties where girls allegedly were drugged and raped, By Dan Breuninger, CNBC, September 26, 2018]

Swetnick is also Jewish. Jews are much more likely than whites to suffer from schizophrenia [Scientists Discover Gene That Predisposes Ashkenazi Jews to Schizophrenia, By Ido Efrati, Haaretz, November 26, 2013]. The essence of schizophrenia is “hypermentalism”—being so acutely aware of the physical cues of mental states (such as facial expressions) that you read too much into them: a smile means he’s in love with me; a slight frown means he wants to kill me.

Schizophrenia also distorts your memories.Schizophrenia is at one extreme of a spectrum at the other end of which sits autism; the inability to infer emotion from physical cues. [Mentalism and Mechanism, By C. Badcock, in Human Nature and Social Values, 2003] If a group is subject to a harsh environment, such as the persecution which the Jews were historically subject to, it is more likely to survive if everyone in it cooperates together and gets along. This is more likely to happen if people are higher in “mentalism”—if they are better able to read the emotions of others. So, the average member of a highly cooperative group will be higher on the schizophrenia spectrum than the average member of a less cooperative group. But this means that a highly cooperative group will include a larger minority who are simply schizophrenic at the spectrum’s extreme end.

Kavanaugh was also strongly opposed by a group of senators that includes two African-Americans. African Americans, compared to whites, are high in psychopathic personality, meaning that they have poor control over their emotions, which can easily overwhelm their intelligence.(See Race and Psychopathic Personality, by Richard Lynn, Amren.com, July, 2002.) They also feel almost all negative emotions far more acutely that do white people, because in the easy ecology of Africa there was little selection for highly cooperative groups. The only exception: the trait psychologists call “social anxiety”. Blacks are so incredibly low in this—due to weak selection for cooperation—that, overall, it is found that they are lower in Neuroticism than are whites, despite their scoring higher on the other Neuroticism traits. [Race Differences in Anxiety Disorders, Worry and Social Anxiety, By Heitor Fernandes et al., Mankind Quarterly, Spring 2018]

Blacks are also higher in all psychotic disorders, including schizophrenia, partly because, in a relaxed ecology, there is less selection against genes which cause antisocial behavior. Indeed, Darwinian selection, in general, is weak in such ecologies, leading to high genetic diversity. [Racial disparities in psychotic disorder diagnosis, By Robert Schwartz and David Blankenship, World Journal of Psychiatry, December 2014]

Kavanaugh has also found himself subject to sustained attack by the “LGBTQI+” community, simply because he has refused to express an opinion on gay marriage. According to “Human Rights” campaigner Chad Griffin, Kavanaugh’s refusal to do this is “alarming and completely unacceptable” . [What does Supreme Court nominee Brett Kavanaugh mean for LGBT rights? By Ella Braidwood, Pink News, September 28, 2018]

We should expect such strong emotions from this group. Homosexuals are more mentally unstable than heterosexuals. They have higher rates of anxiety, depression, schizophrenia, suicide and, fascinatingly, left-handedness, than heterosexuals. [Review and theory of handedness, birth order, and homosexuality in men, by Ray Blanchard, Laterality, 2008] As I showed recently, we are evolved to be right-handed, so left-handedness means something has gone wrong: it betokens “developmental instability”, either due to mutant genes, a sub-optimal fetal environment or both.

Lesbians are masculinized females. [Genetic and Environmental Influences on 2D;4D Finger Length Ratios, by Kyle Gobrogge et al., Archives of Sexual Behavior, 2008] They are often the product of mothers who produce too much testosterone [Early hormonal influences on cognitive functioning in congenital adrenal hyperplasia, By S. Resnick et al., Developmental Psychology, 1986] due to the mother’s mutation-caused conditions. And it is no surprise that transsexuals—suffering as they do from mind-body dysmorphia—tend to be mentally unstable.

The intensely emotional debate provoked by the judge’s nomination may seem beyond belief. But it makes sense if examined from viewpoint of evolution and genetics. “Hell Hath no Fury” not merely “like a woman scored” but also “like a minority” and “like a sexual deviant scorned.”

Moreover, the level of hysteria in American politics is going to get worse. As VDARE.com Editor Peter Brimelow documented recently, the Democratic Party has “tipped”—in 2016, for the first time ever, a majority (53%) of its Presidential voters were non-white, homosexual or Jewish. (61% of the Democrat vote was female). Non-whites are increasingly claiming leadership roles (New York, Massachusetts, Georgia, Florida) which means the kind of behaviour we saw from Kamala Harris and Cory Booker at Kavanaugh’s hearings (“I am Spartacus”, the “Jane Doe” letter) will become more common in Congress in the future.

In other words, there’s going to be a lot more screeching. 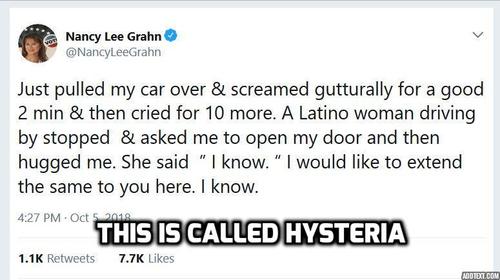 My advice to the GOP (and America): Buy earplugs.

Lance Welton [Email him] is the pen name of a freelance journalist living in New York.

Post
Tucker Carlson vs. The ADL: Yes, The Great Replacement IS Happening And It's Democrat Election Interference