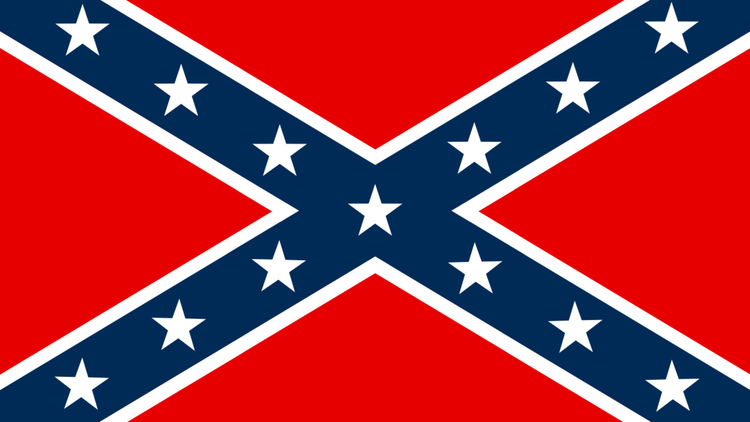 In the spirit of their profound commitment to democracy, the nation's civil rights lobbies are pondering whether to launch a boycott if, as Georgia's new governor has promised, the state holds a referendum on restoring a Confederate symbol to its state flag.

It used to be these lobbies would boycott a state if it dared defy their commands on what it should do with the Confederate flag itself. Now they seem to be considering boycotts merely for even voting on the issue.

The NAACP and similar progressive sorts have long tried to threaten and blackmail states and cities that display the Confederate flag even after they've been ordered to take it down.

Most local and state authorities, terrified of the slightest show of resistance to the anti-white brigade and even more terrified of losing a few dollars from a boycott, hastened to obey their new masters. Hence, the Confederate flag and most other symbols of the Southern white heritage have all but vanished from the South today, at least on public buildings and monuments.

But the boycott now being threatened by the Southern Christian Leadership Conference in Georgia is somewhat different. It would be directed at the referendum itself. As SCLC President Emeritus Joseph Lowery recently told the press, "If a referendum includes the option of the Confederate battle emblem, we have to consider seriously whether we want to participate in it. At some point it becomes a moral issue. If we participate, we're part of the process."

State Rep. Tyrone Brooks of Atlanta uttered much the same sentiment. "The Confederate flag would be so offensive that many people—black and white—rightfully could not participate in that referendum."

The transparent truth about this sort of moralistic puffery is that the black leaders know very well they'd lose a referendum whether they participate or not.

If they don't participate, the main body of votes against restoring the Confederate design would not even show up and the pro-flag forces would win. But even if they do take part, any popular vote on the issue would be likely to restore the old flag—as it did in Mississippi last year.

The grander strategy behind boycotting the referendum is, as Mr. Lowery acknowledged, "a successful boycott would make the results of the vote unclear and reduce pressure on the legislature to make a change."

That strategy may in fact be so grand it flops on its face. If Mr. Lowery's group calls a boycott and most black voters go along with it, there will be nothing "unclear" about the result. The anti-flag side would simply have lost.

Nevertheless, if the anti-flag forces in Georgia are about to adopt a strategy that will ensure their defeat, those in South Carolina may not be able even to decide on a strategy at all.

There the NAACP has been boycotting the state for the last three years—since January, 2000—when the legislature voted to remove the Confederate flag from over the Capitol dome and place it on a Confederate memorial on the Capitol grounds. That wasn't demeaning enough for the anti-white gang, so they called a boycott.

But the boycott is pretty much a snore, even by its sponsors' own estimates. The NAACP claims it has cost the state $100 million a year (closer to $20 million, state businesses say), but even if the larger figure is accurate, it represents less than 1 percent of the state's tourism industry, valued at some $17.5 billion a year. Even Economic Men can manage to live with a loss like that.

But then, if the boycott doesn't work, maybe the Democrats' presidential candidates will. The big worry over in the Evil Party these days is whether the candidates will stay in hotels and eat in restaurants when they clamor for votes in the South Carolina primary next year. By patronizing local establishments, they'd be violating the boycott, which wouldn't sit well with the 40-50 percent of the black vote they'll need to win that day. Sen. John Edwards of North Carolina has already indicated that he and his staff will observe the boycott, and others may also.

But the only reason observing the boycott is controversial at all for the Democrats is that they need white votes too, and they know perfectly well that by observing the boycott and opposing the flag they risk losing them. In other words, the Confederate flag issue lives—it lives so strongly that even aspiring Democratic presidential candidates are frightened by being on the wrong side of it and the white Southerners who support it. In other words again, the Southern white heritage is far from being a lost cause. If its defenders keep fighting for it, they can make it a winning one.

[Sam Francis [email him] is a nationally syndicated columnist. A selection of his columns, America Extinguished: Mass Immigration And The Disintegration Of American Culture, is now available from Americans For Immigration Control.]