What are they saying in the Spanish-language media about U.S. immigration policy and related National Question matters?

It’s a very important question, one almost totally ignored by the Mainstream Media, the professional commentariat and the two major political parties.

But this knowledge is potentially transformative. At least it was for me. In 1991, after I had moved to Mexico, I began reading the Mexican media, in Spanish of course. I learned what they really thought about U.S. immigration, about Mexican emigration to the U.S., and about Mexican-Americans. And it drastically transformed the way I viewed the National Question.

VDARE.com Editor Peter Brimelow particularly asked me to look for Mexican reaction to the impending deportation of 200-300,000 (black, French-speaking) Haitians from the (mulatto, Spanish-speaking) Dominican Republic [The Dominican Republic's mass Haitian deportation reflects its racist history, by Jason Nichols, The Guardian, June 23 2015]. Mexicans have long been blustering that Americans “can’t deport us all,” so the implications are obvious.

Answer: I haven't seen anything in the Mexican media about the DR/Haitian deportations. I don't think they're interested.

But they are still interested in Donald Trump. His announcement speech, with its talk of Mexican criminality and putting a wall on the border, really ruffled feathers south of the border. 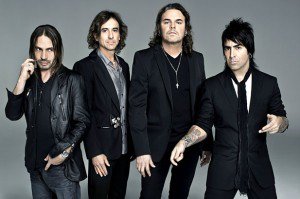 The Mexican rock group Maná, which has sold more than 40 million albums worldwide, also took a slam at Trump. The boys in Maná (who are Euro-Mexicans, see right) have meddled, like so many other Mexicans, in U.S. politics before. In 2012, they did a free concert/campaign rally in Nevada with Obama (see here, and here’s their photo with Obama).

Interestingly, the Maná attack on Trump wasn’t delivered from Mexico, but from Los Angeles, preceding their concert in the Staples Center.

“A person called Donald Trump made very violent declarations against Mexicans and Latin Americans and called them rapists, criminals, drug trafficker, that they were trash…”

Of course, the members of Maná are rich white Mexicans well insulated from who the criminal sector of their country. Fher went on,

It gives me much sadness because the Mexicans have come to help to construct this country. It is sad that there is someone with such hate in his heart and that has a microphone to say these things….I can’t remember a discourse so violent and so full of hate, since the times of the movies of the Germans and Nazis, an excessive xenophobia.

Fher is not the only philosopher in the group. Mana’s drummer, Alex Gonzalez, had more to say:

“We are very bothered by Trump, because many Latinos are workers in construction that have helped him construct his buildings and it’s forgotten that the people who work hard are the ones who have helped to construct all the United States.

[Trump] shows off that he is a rich man, well, bring him down a few notches, because the richest man in the world is (the Mexican) Carlos Slim.”

Note that a Mexican is bragging that Carlos Slim is richer than Donald Trump. This is one reason nothing is ever done about Slim’s monopolistic strangling of the Mexican economy.

The Miss Universe pageant is partially owned by Donald Trump. Univision, the U.S. Spanish-language network, normally broadcasts the show in Spanish, but in retaliation against Trump’s announcement speech it is not going to. Take that, Donald! 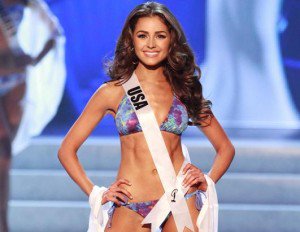 However, Univision claims that

Univision News and the local news division will continue to provide comprehensive coverage of all candidates, including Mr. Trump, to ensure our audience continues to have access to all points of view.

(Trump has responded with a fierce letter, barring Univision employees from his properties—Donald Trump's war with Univision gets nasty, by Tom Kludt and Mark Mooney, CNN Money, June 26, 2015).

Supposedly she’s worried about “respect for the girls”—ludicrous as I’ve heard no reports of Mexican beauty queens being mistreated in a Miss Universe pageant. But there was a notorious incident in 2007 in Mexico when the audience booed Miss U.S.A.

In contrast, Mexican Jimena (also spelled Ximena) Navarrete, who won the Miss Universe title in 2010, actually had some reasonable things to say:

“I don’t like to get involved in political topics. Mr. Trump is a

I am Mexican and proud of being Mexican and i am a punctual, honest, hard-working woman that does the best that I can do. I understand both sides and I’m always going to defend the people of Mexico. I’m from here, I respect and love what we are.

I did not take Mr. Trump’s declarations personally nor do I let them affect me…For all those who expect me to offend or insult Mr. Trump I can affirm to you that violence generates more violence. Attacking him will not change the facts nor resolve the situation that we live in Mexico.

As Mexicans, instead of so much useless complaining aim to be better each day. ….

Oh, and the same article (in La Opinión, published in the U.S.) reports that Lupita Jones decided to, after all, send this year’s Miss Mexico to the Miss Universe pageant!

Down in Venezuela, President Nicolas Maduro, the successor of the infamous Hugo Chavez, has twice claimed that Chavez communicated to him in the form of a little bird. [ Is Nicolás Maduro Losing It? Venezuelan President Insists A 'Little Bird' Told Him Hugo Chávez Is Happy, By Oscar Lopez, Latin Times, July 29 2014]

Maduro cheeped from Caracas that

We have been warned. Mexico’s paper of record, el Universal, reports that according to the UN Mexico reached the #1 position in the requests for asylum in the U.S. this past year, with 14,000, edging out China and El Salvador [Mexicanos, primer lugar en peticiones de asilo en EU: ONU, Natalia Gomez Quintero, el Universal, June 20, 2015]

That same day El Universal ran an editorial moaning that not enough Mexicans are being granted asylum (124 out of 14,000). It was entitled El Otro Muro de Estados Unidos, “The Other Wall of the United States”, implying that we have one already! It ended:

…the United States has to get rid of its prejudices and realize that today it’s easier to go to that country crossing the border illegally than to cross the bureaucratic wall imposed only upon Mexicans.

This is typical. Asylum procedures are not “imposed only on Mexicans” and anyway there are millions of Mexicans illegally in the U.S. and an extremely low deportation rate. Moral: nothing will satisfy the Mexican moaners. The U.S.-published, Argentine-owned, La Opinión, the largest Spanish-language paper here, just ran an informative article Hijos de inmigrantes en EEUU: el beneficio de la “doble nacionalidad [by Isaías Alvarado, June 17, 2015].

I’ve been writing about the dual citizenship problem for years, but almost nobody in the Mains Stream Media or the political world wants to know.

Millions of American citizens who are now citizens of other countries. It’s a ticking time bomb.

In 1997, Mexico changed its own nationality law specifically to enable Mexican citizens to become American citizens while retaining their Mexican citizenship, and in various ways, to advance the cause of Mexico north of the border.

One advantage of this, Opinión’s Alvarado points out, is that dual citizens can compete for Mexico at international sports events “something that is more complicated by the high selective level of the United States”.

Four years ago, eight Mexican-American players from Commerce, California played on the Mexican water polo team. The whole Mexican team wound up doing their training together in Commerce, not in Mexico!

Said Carlos Sada, Mexican Consul General in Los Angeles, of whom I’ve written before here: “The benefits are multiple and they don’t affect anything, because the American citizenship is not lost.”

La Opinión even provides a telephone number that Mexican-Americans can call to contact the LA Mexican consulate and claim Mexican nationality.

Said In Spanish
<< Previous
Next >>
LATEST