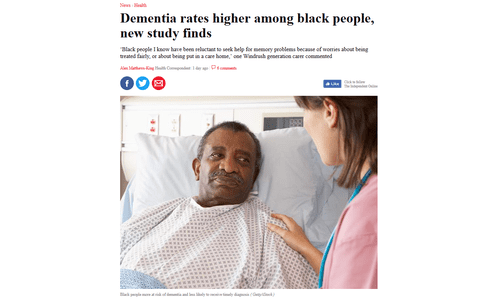 When the British-Canadian psychologist J. Philippe Rushton (1943-2012) proved—almost 30 years ago—that blacks are evolved to “live fast and die young,” he was threatened with prosecution, declared a “loony” by Ontario’s Attorney General, and forced to conduct his University of Western Ontario lectures via video to avoid disruption and violence. Perhaps something has changed for the better since 1989:  a study published this week by a group of British researchers, further proving Rushton’s argument, has been reported in the Main Stream Media with no threat to the lives of the academics involved at all. [Dementia rates higher among black people, new study finds, By Alex Matthews-King, Independent, August 8, 2018] 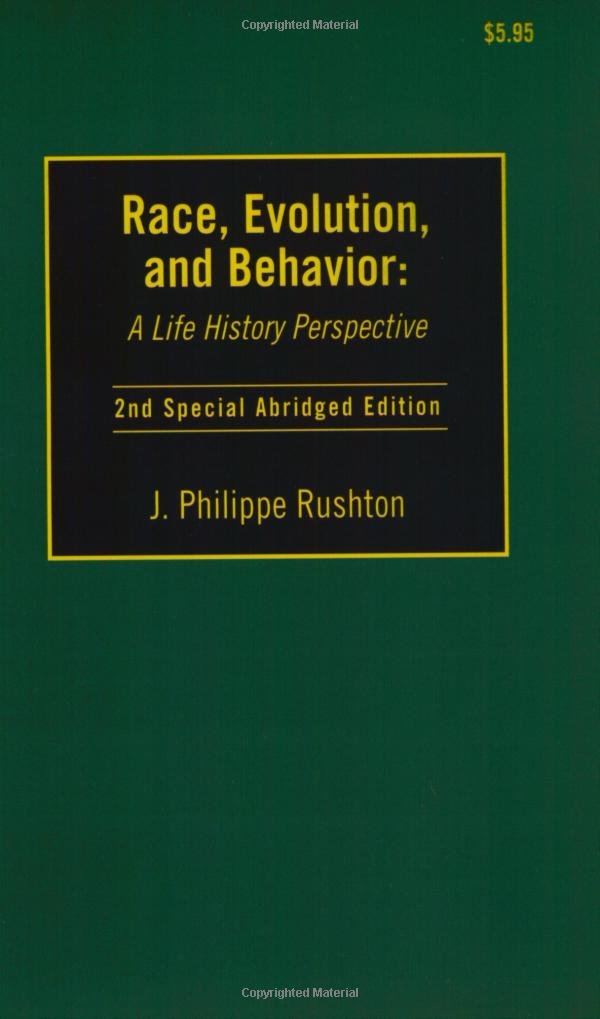 The scientists, based at the prestigious University College London, used a sample of 2.5 million UK residents, including over 66,000 dementia patients. They found that, of all the races in the UK, blacks have the highest rates of dementia. [Trends in dementia diagnosis rates in UK ethnic groups: analysis of UK primary care data, By T.M. Pham et al., Clinical Epidemiology, August 8, 2018]

An r-strategy develops in unstable yet easy environment. In such an ecology, you could be wiped out at any moment, so you evolve to “live fast and die young.” Accordingly, you invest all your energy in mating—in order to have as many offspring as possible with as many partners as possible in the hope that some will survive. You invest very little energy in nurture, because such energy could easily go to waste.

This r-strategy is reflected in every aspect of your “life history”—you’re born younger, you reach developmental milestones younger, you go through puberty younger, lose your virginity younger, you age more quickly and you die younger. You also advertise your genetic quality as conspicuously as you can—as the end is always nigh—leading to large sexual characteristics, strong body odor, and, if you’re a peacock, a massive, colorful tail.

As the environment becomes more stable and also harsher, the carrying capacity for the species is reached. So, its members start competing more against each other to survive. In such a harsh but predictable context, if you invest all your energy in mating then you may find that all of your offspring die. So there develops an arms-race where the species becomes increasingly adapted to the (predictable) ecology. It does this by learning about the ecology and learning how to cooperate; by becoming more intelligent. Such that the offspring can learn about the environment and how to cooperate, the “life history speed” begins to slow down. Parents invest more energy in nurture of a (smaller number of) offspring and less energy in mating. They go for “quality over quantity.”

As they become more K-strategy, in a stable environment where they can trust that tomorrow will come, litters become smaller, offspring are born later, they develop more slowly, they go through puberty later (learning a great deal in their long childhood), they lose their virginity later, they age more slowly and, for genetic reasons, they die older, giving them more time to pass on their genes.

Rushton showed that what he called the “three Big Races” occupy different positions on the r-K spectrum. Northeast Asians are the most K-evolved, Caucasians (a combination of Europeans, South Asians, Arabs and North Africans) are intermediate and Blacks are the most r-evolved.

So the finding of these University of London-based scholars is just as Rushton’s theory would predict. Blacks age more quickly and they therefore go through dementia more quickly. Being less intelligent than whites (as part of their r-strategy), they will have used their brains less—less reading, smaller vocabulary, less practice at remembering details - meaning that the process of decline to a child-like level will be faster. And, likely due to the higher self-esteem and low trust levels that accompany low IQ, blacks—the UCL researchers found—are far slower than whites to seek medical help, in a country with entirely free healthcare.

The “Windrush Generation”—named after the ship that brought the first mass immigration of blacks to England in 1948—who are now in their 80s and 90s, have not only given Britain Balkanization, race riots and declining IQ, but a massive social care bill for dementia as well. 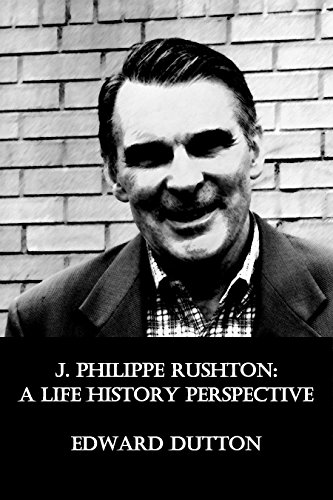 Indeed, a recent book by Dr Edward Dutton, J. Philippe Rushton: A Life History Perspective, critiques and extends Rushton’s model and examining why it was he who came up with such a brilliantly original theory—has highlighted evidence of exactly the phenomenon in the USA. It shows that on numerous measures which Rushton didn’t look at—dementia, age at menopause, standards of beauty, even smelliness of ear wax, as a way of quickly conveying how good your genes are—Rushton’s model works.

Dutton’s book makes sense of anomalies with the model, arguing that as a group becomes more K-selected, it becomes more evolved to an extremely specific niche. This means that—to become adapted to that specific niche—the different K-traits (intelligence, age at puberty etc.) become less strongly connected, explaining, for example, why the high K Japanese seem to have very little interest in adopting children, despite this being “nurture for nurture’s sake.”

The book observes that Rushton himself was a highly intelligent r-strategist—reflected in illegitimate children, affairs, and even academic corner-cutting—but it stresses that this is what geniuses are like: it’s what Einstein was like, and Rushton was a kind of border-line genius.

Dutton also finds anomalies when extending that theory to narrower but genetically justifiable racial gradations, such as Native Americans or South Asians; the latter losing their virginity later than whites, partly because they are more religious, though generally more r-selected.

Clearly, then, there are anomalies in Rushton’s model. But the new UCL study suggests that he made an excellent start.

How ironic then that, in January, UCL bureaucrats professed to be outraged to find that an honorary professor, Dr James Thompson, had held the London Conference On Intelligence there for three years—with presentations exactly on such subjects such as blacks having a faster Life History Strategy than whites. Despite the new study’s relatively quiet reception—so far—how long true research can be conducted in the modern Politically Correct academy remains a question.

Lance Welton [Email him] is the pen name of a freelance journalist living in New York.

Post
Was Holdout Juror In Chemirmir Trial Black? Well, If She'd Been White, They Would Have Said So
MORE...
POPULAR TAGS