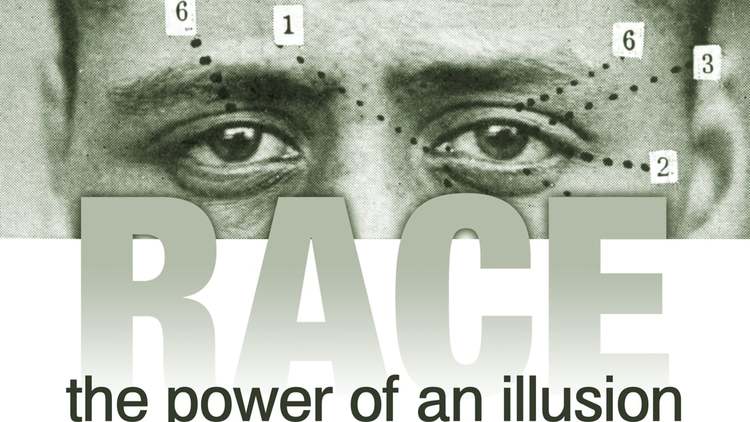 Race: The Power Of A Lie

Superstitions about race never seem to die, in large part because those who peddle racial pseudo-science get funding and publicity from the U.S. government.

The Public Broadcasting System has just finished airing a three-part wallow in brainwash called "Race: The Power of an Illusion," which purports, as an academic it interviews spouts, that "Race is a human invention."  The truth is that the illusion—"propaganda" would probably be a better word—is what PBS has served up to the taxpayers who finance it.

Produced by Larry Adelman and funded by the Ford Foundation as well as the taxpayers, the first part of the series concentrates on the "race doesn't exist" theme, generously larded with shots of Adolf Hitler, lynchings of blacks, and the appropriate dirge music to make sure you're in right mood for the message the series is sending.

The series interviews such heavies as the late Stephen Jay Gould of Harvard, geneticist Richard Lewontin, anthropologist Alan Goodman, and various black academics like biologist Joseph Graves and historian Evelyn Hammond (the source of the quote cited above).

Not one single scientist who believes that race really does exist is interviewed, though half a dozen could be named.

But bias isn't the heart of the series' problem. Plain untruthfulness is.  The whole series is framed by a discussion in what's supposed to be a high school science class, where students of various racial backgrounds are asked to select other students to whom they are probably most closely related genetically. Predictably, each student picks someone of the same or similar racial background. Predictably also, that turns out to be wrong—at least according to the program.

The class then took DNA samples form each other and analyzed them, and lo and behold, if it didn't turn out that the racial "identities" the kids had picked were all wet.

The DNA tests supposedly show, as one pathetic kid named "Noah," who looks like a teenage Woody Allen, blurts, that "we're all just mongrels."

The problem is that the test the students conduct proves nothing, as biologist Michael Rienzi points out in a blistering critique of the series in the June issue of American Renaissance, the monthly newsletter on racial realities.

As the program notes, the DNA the students are testing is what's called "mitochondrial DNA," stuff from the cells that is inherited exclusively from the maternal line. As Dr. Rienzi notes, "all mitochondrial DNA can tell any individual is the possible place of origin of one out of thousands of ancestors. It is impossible to determine race this way, and for the 'experts' to imply that this test somehow invalidates the concept of race is outright deception."

In fact, as Dr. Rienzi also notes, a genetic test that does reveal ancestry and genetic relatedness (and therefore race) is readily available to any high school class, and indeed is accessible on the web. Its latest version, he tells us, "determines the proportion of ancestry that is Indo-European (Caucasian), African (sub-Saharan African; i.e., Negro), Native American (Amerindian), or East Asian (Mongolid/Oriental/Pacific Islander)."  It's produced by a company that specializes in identifying criminal suspects for law enforcement through DNA samples.

The PBS propaganda makes much of the claim that "there is no single gene unique to any particular racial group." But so what? The implication the series insists on drawing is that members of any given "race" may differ from each other more than each does from a member of another "race"; therefore, race doesn't really exist.

But as Dr. Rienzi points out, by the same argument, one could claim that, if, "for any particular genes or traits, two family members are less like each other than to a complete stranger, then 'family does not exist, and family is an illusion.'"

A man with hair color different from that of his own brother would be said to be "more closely related" to a non-relative who has the same hair color.

The argument the PBS series is making is absurd on its face.

There's a good deal more in Dr. Rienzi's critique that's a bit too complicated to discuss, but falsehood by falsehood he takes the PBS series apart at its seams.

PBS's lies about race are worth exposing, not only because it's not true that we're all mongrels but also because those lies help perpetuate the anti-white claims that whites and their whole civilization are inherently "racist" and based on the repression and exploitation of other races.

Showing that it's the anti-white crusaders who are doing the lying and perpetrating the pseudo-science—and who just possibly might like to do a bit of repressing and exploiting themselves—tells us a few truths, not only about race itself but also about how Americans of all races are being deceived about it.

[Sam Francis [email him] is a nationally syndicated columnist. A selection of his columns, America Extinguished: Mass Immigration And The Disintegration Of American Culture, is now available from Americans For Immigration Control.]