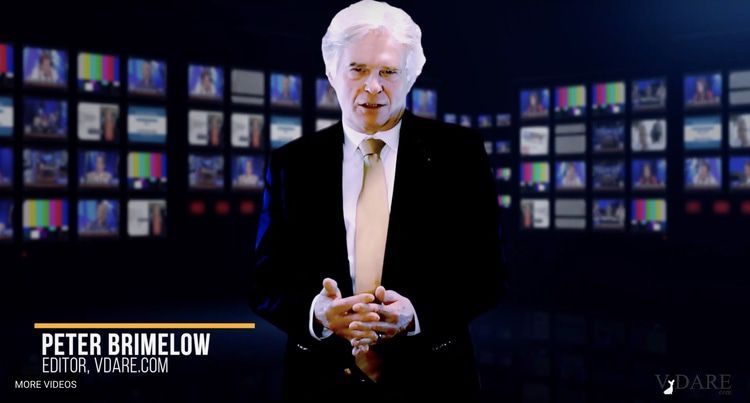 The nightmare world of litigation, which VDARE.com has been compelled to enter because of the Totalitarian Left’s demonizing, deplatforming, defunding Reign of Terror, is arduous, expensive, time-consuming and unpredictable.

But one guaranteed plus: it will produce some entertaining articles for VDARE.com! And we believe it will also produce some critical patriot victories.

Right now, I want to discuss one case in which our lawyers have particular confidence: VDARE FOUNDATION v CITY OF COLORADO SPRINGS, JOHN SUTHERS. Our filing is here [PDF ]. Note that we are claiming, among other things, compensatory damages of ONE MILLION DOLLARS—AND attorney fees and costs!

The Colorado Springs story has become disgracefully common–what happened to us there is happening to patriots nationwide.

Here’s the script: We book a conference at an hotel whose local American employees accept the booking under the misapprehension they live in a free country. Cultural-Marxist vigilante groups throw tantrums in the form of online petitions, local media smear jobs, social media trolling and activist call-in campaigns.  The corporate hierarchy folds to the heckler’s veto and cancels our conference, even though they have to pay us damages.

In the case of VDARE.com’s experience in Colorado Springs, there’s an even more sinister – and in fact, unconstitutional – wrinkle.

As  I wrote when it happened in Colorado Springs in 2017:

Cheyenne Mountain Resort’s cancellation is a further example of what President Trump has correctly called the Alt-Left: a conspiracy against the civil liberties of Americans by internet vigilantes (such as Media Matters, Southern Poverty Law Center), their allied troll army, a violent Communist gang (the so-called AntiFa), and complicit elected officials.  This has resulted in the extraordinary situation where policies that have won at the ballot box (a recent example: El Paso County Colorado, in which the city of Colorado Springs is located, voted overwhelmingly—56%-36%—for Trump and his party controls both branches of Congress) can no longer be discussed in public meetings.

John Suthers, the Mayor of Colorado Springs (right) turned out to be one of those “complicit elected officials” who help enforce the Totalitarian Left’s suppression of speech.  (He’s nominally a Republican, but all too many Republicans are eager to toe the Political Correctness line). Suthers chose to intervene, putting out a statement saying that

The City of Colorado Springs will not provide any support or resources to this event, and does not condone hate speech in any fashion.

Put aside the fact that “hate speech” is a category unknown to American law—the First Amendment protects all speech—and that anyway VDARE.com’s posts are entirely G-rated. (We don’t even allow cursing, when we catch it).

What Suthers is saying here is that VDARE.com’s conference would not get police protection, fire service protection—presumably not even emergency medical services.

I should emphasize at this point that our conference was to be quasi-academic, i.e. BORING. Our speakers were going to get up in an auditorium and read papers to a peaceful audience, basically discussing the approach to immigration policy that was endorsed by Donald J. Trump during his presidential campaign, for example in his August 2015 position paper, [PDF] and that won him the 2016 election.

We planned no demonstrations, no marches with or without tiki torches—nor, indeed, any particular interaction with the citizens of Colorado Springs at all.

Yet it was absolutely clear, because of the Cult Marx vigilante tantrums, that our conference would probably face demonstrations. And (given the Left’s recent record) that those demonstrations might very well be violent.

The hotel, which had been heroically supportive until this point, cancelled our conference the day after Suthers’ statement.

As I said in announcing our VDARE.com Legal Defense Fund, it’s vital to realize that these attacks on us and other patriots do not happen in a legal vacuum. Americans do have rights. They have just not organized to defend them—until now.

Fortunately, our contract with Cheyenne Mountain Resort contained a liquidated damages clause in the event of cancellation, which the hotel manfully honored.

Unfortunately—for Mayor Suthers and (alas) for the taxpayers of Colorado Springs—there is very extensive federal case law establishing the principle that local governments must respect the First Amendment rights of even unpopular groups. (See our filing for details).

It’s not a close call. This is why our lawyers are so confident. We have a very real chance to score a stunning victory for VDARE.com—and for the cause of immigration patriotism.

Why did Mayor Suthers make such an elementary blunder? My theory: he was operating in a virtue-signaling bubble.  He very probably knew nothing about VDARE.com or, for that matter, about the arguments for patriotic immigration reform. He just assumed he could say whatever he wanted about us, because he knew the Left would applaud.

Suthers knows better now. And that’s one reason it’s become essential that we defend ourselves in court—to whack the political and media elites over the snout and force them to acknowledge that immigration patriots EXIST, dammit, and that we do have rights.

But what next? Quite probably the defendants will stall, play for time—and try to exhaust us financially.

That is where you come in. Please give generously to VDARE.com’s Legal Defense Fund (it’s tax-deductible!)

We (and our lawyers) will be most grateful!