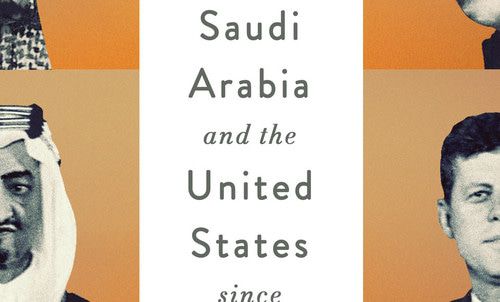 Over the weekend Donald Trump warned of "severe punishment" if an investigation concludes that a Saudi hit team murdered Washington Post columnist Jamal Khashoggi in the Saudi consulate in Istanbul.

Riyadh then counter-threatened, reminding us that, as the world's largest oil exporter, Saudi Arabia "plays an impactful and active role in the global economy."

Message: Sanction us, and we may just sanction you.

Some of us yet recall how President Nixon's rescue of Israel in the 1973 Yom Kippur War triggered a Saudi oil embargo that led to months of long gas lines in the United States, and contributed to Nixon's fall.

Yesterday, a week after Jared Kushner had been assured by his friend Crown Prince Mohammed bin Salman that Khashoggi walked out of the consulate, Trump put through a call to King Salman himself.

According to a Trump tweet, the king denied "any knowledge of whatever may have happened 'to our Saudi Arabian citizen.'"

Trump said he was "immediately" sending Secretary of State Mike Pompeo to Riyadh to meet with the king on the crisis. The confrontation is escalating. Crown Prince Mohammed and King Salman have both now put their nation's honor and credibility on the line.

Both are saying that what the Turks claim they can prove—Khashoggi was tortured and murdered in the consulate, cut up, and his body parts flown to Saudi Arabia—is a lie.

For Trump and the U.S., this appears a classic case of the claims of international morality clashing with the claims of national interest.

The archetype occurred in the mid-1870s when Ottoman Turks perpetrated a slaughter of Bulgarian Christians under their rule.

Former Prime Minister William Gladstone set Britain ablaze with a pamphlet titled, "The Bulgarian Horrors and the Question of the East," calling for the expulsion of the Turks from Europe.

Prime Minister Benjamin Disraeli and Queen Victoria were apoplectic. For they were relying on the Turks to block the encroachment of Czarist Russia into the Eastern Balkans and down to the Turkish Straits.

Disraeli prevailed. The Brits put morality on the shelf.

For the U.S., morality and interests collided when FDR recognized the Bolshevik regime of Joseph Stalin in 1933, even as Stalin's agents were starving to death millions of Ukrainian peasants and landowners.

Foreign policy moralists also took a holiday to cheer Nixon for flying to Peking and toasting Mao Zedong, even as Chairman Mao's Red Guards were carrying out the national pogrom known as the Cultural Revolution.

Questions arise: If Khashoggi was assassinated and the order came from the royal family, does that make the Saudis morally unacceptable to us as allies or partners in the Middle East? And if it does, how do we justify our Cold War ties to autocrats such as Chile's Gen. Pinochet, South Korea's Gen. Park Chung-hee, the Philippines' Ferdinand Marcos, or the Shah of Iran?

How did Franklin Roosevelt handle such associations? "He may be an SOB," FDR said of one Caribbean dictator, "but he's our SOB."

During World War II, when the Germans uncovered in the Katyn Forest a vast gravesite containing the remains of thousands from Poland's officer corps, dating to Stalin's occupation, Poles in Britain came to Prime Minister Churchill to ask for an investigation.

Churchill, for whom Stalin was by now an indispensable ally, replied dismissively: "There is no use prowling round the three-year-old graves of Smolensk."

Nor is it only during wartime that the U.S. has associated with authoritarians with repellent human rights records.

The U.S. maintains a treaty alliance with the Philippines of President Rodrigo Duterte, who has approved the extrajudicial killing of drug dealers, thousands of whom have been murdered.

Gen. el-Sissi came to power in Cairo in a military coup that ousted an elected government headed by a leader of the Muslim Brotherhood, who is, along with thousands of Brotherhood members, now in prison.

Since the coup attempt in NATO ally Turkey in 2017, President Recep Erdogan has imprisoned thousands, including more journalists than any country on earth.

Last week came reports that China has arrested the head of Interpol, and has indeed been operating an archipelago of re-education camps in its west to purge the ethnic and religious beliefs of the Uighur people.

As for Saudi Arabia, members of Congress are said to be readying sanctions to impose on the Saudi regime if it is proven Khashoggi was killed on royal orders.

However, which would be a greater violation of human rights: the sanctioned killing of a political enemy of the regime or 10,000 dead Yemenis, including women and children, and millions facing malnutrition and starvation in a Saudi war of aggression being fought with the complicity and cooperation of the United States?

Rather than resist Congress' proposed sanctions, President Trump might take this opportunity to begin a long withdrawal from decades of entanglement in Mideast wars that have availed us nothing and cost us greatly.