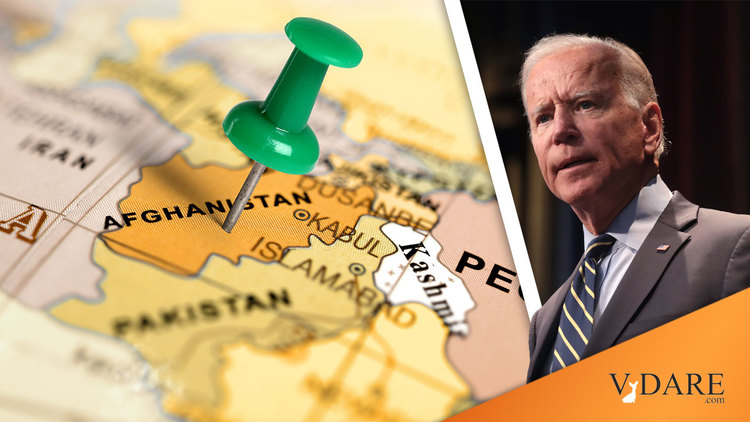 Is President Joe Biden prepared to preside over the worst U.S. strategic defeat since the fall of Saigon in 1975?

For that may be what's at stake if Biden follows through on the 2020 peace deal with the Taliban to withdraw all U.S. forces from Afghanistan by May 1—just two months from now.

Consider. If the 2,500 American troops remaining in Afghanistan are pulled out, the entire 10,000-troop NATO contingent departs.

This would write an end to the Western military commitment.

And the likelihood the Kabul government could then survive the constant and increasing attacks from the Taliban, as the latter now control half of the country and many roads leading to the capital, is slim.

After all, an Afghan army that could not defeat the Taliban a decade ago, when 100,000 U.S. troops were fighting alongside it, is not going to rout the Taliban after the Americans have gone home.

In short, if Biden does not breach the terms of the deal the Taliban and U.S. signed last year and keep our troops there, he would be inviting a repeat of Saigon '75, with all that would mean for the Afghans who cast their lot with us.

Biden knows what Saigon '75 was like. In his first Senate term, Hanoi overran South Vietnam and Saigon, and the boat people began to flee in the thousands for their lives into the South China Sea; the Khmer Rouge overran Phnom Penh. And the Cambodian genocide began.

In Brussels, Wednesday, NATO Secretary-General Jens Stoltenberg said that any NATO departure from Afghanistan is "conditions based."

What are Stoltenberg's stated conditions?

The Taliban "has to reduce violence ... negotiate in good faith and ... stop supporting international terrorist groups like Al Qaeda."

Yet, the May deadline looms, and if the U.S. does not meet it, Taliban attacks on American troops in Afghanistan could start again, forcing Biden to send more troops back into the country to protect the U.S. logistics and training personnel still there.

What makes this problematic is that Biden has long been known as a supporter of a smaller U.S. footprint and a swifter U.S. pullout than were other advisers in the Obama administration.

But if we fail to meet the May deadline, what new deadline would Biden set? And what guarantee is there that we can ever, after withdrawing, avoid an outcome like South Vietnam—with the enemy overrunning the capital after the Americans have left?

Given what is being said today in Washington, and in Brussels by NATO defense ministers meeting there, Biden will likely decide to follow in his predecessors' footsteps. He will extend the May deadline for months, kick the can up the road, and leave in place enough troops to prevent a collapse of the Kabul government but not enough to reverse the inevitable outcome of this war.

Just as the Taliban are likely to achieve their goal in Afghanistan, as they persist and we withdraw, Bashar Assad appears to have prevailed in his civil war in Syria, and the Houthis have, after six years of fighting, held off the Saudi interventionists and their U.S. allies in Yemen.

A Biden decision to suspend a final pullout of U.S. forces will be well received by our foreign policy elites. But the anti-interventionist wings of the two parties are growing in strength. And "America First" retrenchment, which Donald Trump championed in 2016, but could not deliver as president, is going to be represented in both parties' presidential primaries in 2023 and 2024.

America today is taking on more of a load than this nation can carry.

We are out to contain mighty China, a peer competitor with four times our population, across the Indo-Pacific theater, including the East China and South China seas and Taiwan Strait.

We are containing Vladimir Putin's Russia, whose strategic arsenal is comparable to our own in Central and Eastern Europe. We are fighting a war on terror in the Middle East, supporting Sunnis against Shiites, and containing Iran in the Persian Gulf.

Our national debt is larger than our national economy. We are running deficits unseen since the late days of World War II. Our economy has sustained crippling blows from a year-long COVID-19 pandemic that has taken the lives of half a million Americans.

A migrant invasion appears to be shaping up on our 2,000-mile Southern border. Our country is as divided as it has been since the Civil War. And we seek to remain the nation that writes the rules for the world order in the 21st century.