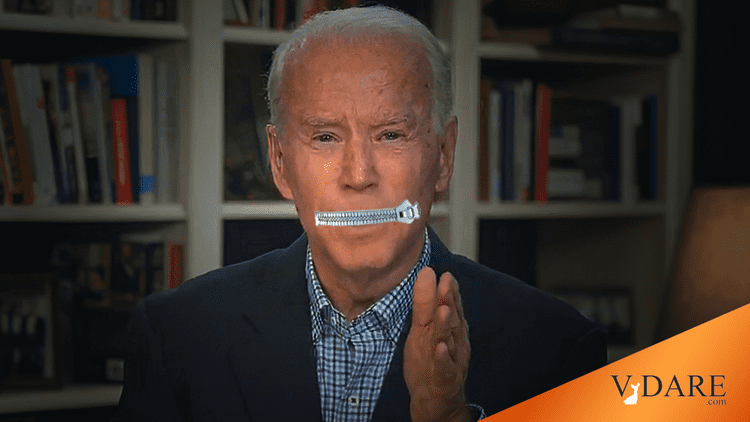 When Vice President Calvin Coolidge ascended to the presidency on the death of Warren Harding in 1923, a wag remarked that Silent Cal's career had exhibited unmistakable signs of celestial intervention.

Governor Coolidge vaulted to national attention during the Boston police strike of 1919, where, in a stinging letter to Sam Gompers of the AFL, he thundered: "There is no right to strike against the public safety by anybody, anywhere, any time."

If Joe Biden becomes president, celestial intervention, once again, cannot be ruled out.

In the first Democratic contest in 2020 in Iowa, Biden, though the clear front-runner in the national polls, ran a humiliating fourth. In New Hampshire, a week later, he ran fifth. In Nevada, Joe was crushed again by Bernie Sanders but edged out Sens. Elizabeth Warren and Amy Klobuchar thanks to his loyal African American base.

Came then South Carolina where the Black vote, 60% of the total, gave Biden a triumph—and the momentum that propelled him to a sweeping victory on Super Tuesday. Biden's delegate count became so large it was virtually impossible for Sanders to overcome.

That March, however, which had begun with the resurrection of Biden's campaign, was also the month the COVID-19 pandemic hit in full fury, sinking the exuberant economy that had been Donald Trump's ticket to reelection.

At that point, Biden went to earth. Through the spring of 2020 and this summer, he has socially distanced himself from the press and the public and sheltered in place in a basement bunker as the worst pandemic in a century drove down the best economy in decades to Depression-era levels. The last quarter alone saw a 9% plunge in our gross domestic product.

If Biden wins in November, then his "basement bunker" campaign will be studied by historians alongside the "front porch" campaign of Harding that led to the 1920 landslide victory over Democrat James M. Cox.

Yet, several scheduled events could still upend Biden's take-no-risks-and-run-out-the-clock strategy. The first is his choice of a vice presidential nominee, which Biden has promised will be a woman.

However, if Biden restricts his choice to a Black woman, as some have insisted, he eliminates from consideration every governor and senator in the party save Kamala Harris.

And if all the media attention given to Harris and other VP candidates fails to produce that Black woman, in this hour of renewed demands for racial equality, Biden will have some serious explaining to do to the core constituency that saved his bacon in South Carolina.

There is another danger in Biden's choice.

When General Eisenhower chose Richard Nixon in 1952, the liberal press ginned up a story about a "secret Nixon slush fund," so intense that Ike was almost stampeded into dropping his running mate.

In 1972, Sen. George McGovern's campaign failed in its due diligence on his vice presidential choice, and McGovern was forced to drop Sen. Tom Eagleton from his ticket and replace him with Sargent Shriver.

Moreover, given Biden's age—he would be the oldest president ever inaugurated by eight full years—his choice will have to be seen by the nation as a credible president.

A second hurdle for Biden is his speech accepting the Democratic nomination.

The country would be watching intently to see if the Biden of August 2020 had lost the mental and communication skills he once had.

But Biden's advisers bypassed that hurdle this week by declaring that the pandemic prevents Biden from traveling to the Milwaukee convention.

This leaves the three presently scheduled debates as perhaps the last major hurdles between Biden and the presidency.

Since 1960, when John F. Kennedy established himself as a credible challenger to Vice President Nixon in the first of four debates, these confrontations have often proven critical.

In 1976, President Gerald Ford severely damaged his chances of holding onto the office he had inherited from Nixon when he insisted during his debate with Jimmy Carter that Poland, then under Soviet control, was a free nation.

Ronald Reagan used his 1980 debate with Carter to show with his wit and demeanor that he was anything but the reactionary of the major media's depiction.

For Trump to regain lost ground, he must convince the country that not only is he the right man to manage America's way out of the health crisis, economic crisis and racial crisis that were none of his doing, but that Biden has lost the physical rigor and mental capacity to cope with the triple crisis. And the best, and perhaps last, place to do that is in the debates.

The left understands this, which is why we are suddenly seeing media suggestions that Biden should cancel the debates.

A terrified left wants Joe Biden to coast to victory, and many on that side share a belief that this may be the only way he gets there.