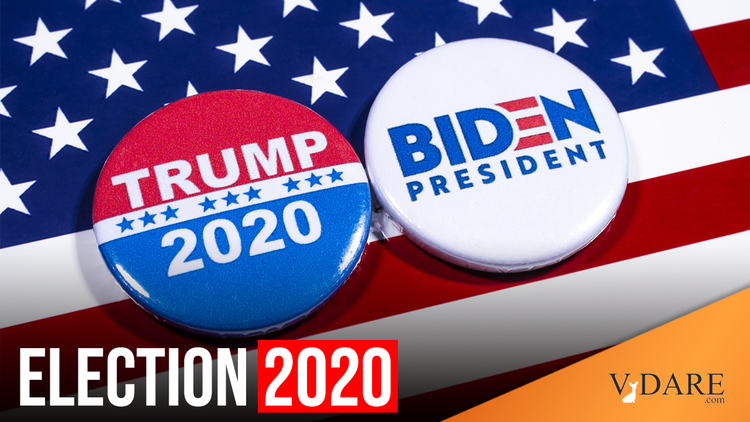 As Donald Trump is about to be nominated for a second term, how his presidency has already altered the orientation of his party is on display.

Under Trump, the GOP ceased to be a party of small government whose yardstick of success was how close it came to a balanced budget.

Trump signed on this spring to $3 trillion in deficit spending to rescue the economy from a depression into which the government had shoved it to control the spread of the coronavirus. He is prepared to spend a trillion dollars more.

By opening new lands and seas to exploration, building pipelines, permitting fracking and slashing regulations, Trump has brought the U.S. to an energy independence which other presidents only promised.

The Trump GOP has abandoned an ideological commitment to free trade that dates back to the Kennedy administration and reembraced the economic nationalism of the 19th-century Republicans who built the world's greatest industrial and manufacturing power.

Globalism has been relegated to the ash heap of history as our populist president trashed the Trans-Pacific Partnership, the Iran nuclear deal and the Paris climate accords, and began to impose tariffs on countries that have looted America's manufacturing base.

While Trump has been prevented by the Russophobia of our Beltway elites from seeking a detente with Vladimir Putin, he has managed to avoid a military collision.

Trump has also ended the decades-long freeriding of NATO allies on the U.S. defense budget, convincing many of them to contribute more.

He has made the Republican Party the pro-Israel Party, recognizing Israel's annexation of the occupied Golan Heights and East Jerusalem by moving the U.S. embassy there. He effected the recognition of Israel by the UAE in return for Bibi Netanyahu's postponement of the annexation of the 30% of the West Bank envisioned in Trump's own "Deal of the Century."

While Trump has not extracted this country from the forever wars of the Middle East—Afghanistan, Iraq, Syria—he routed ISIS and kept us out of Libya's civil war.

Unlike his predecessors, Trump has tabled the issue of immigration, especially mass illegal migration across the Southern border, and made progress on the border wall he made a feature of his 2016 campaign.

A discredited NAFTA has been replaced by a new trade deal, and a leftist government in Mexico City is helping prevent migrants from entering southern Mexico on their way to the United States.

Trump has done as much as Reagan to deregulate the U.S. economy and reduce taxes on workers, producers, and investors. Before COVID-19 hit in force in March, stock markets were hitting all-time highs and unemployment rates all-time lows.

He has nominated and elevated two Supreme Court justices and hundreds of federal judges.

The horizon, however, does not appear to be without perils.

Bellicosity toward Beijing is being reciprocated, and China appears ready for confrontation to validate its claims in the South and East China seas and Taiwan Strait.

While his outreach to North Korean dictator Kim Jong Un failed to persuade Kim to surrender his nuclear arsenal in return for recognition, trade and aid, even some of Trump's enemies applauded his effort.

If Trump loses in November, however, much of what he has done will be undone.

The U.S. will agree anew to abide by the Paris climate accords and the Iran nuclear deal of John Kerry and Barack Obama will be revived.

Joe Biden says that only those making above $400,000 will pay higher taxes. Yet, the Democrats' economic plan envisions higher payroll and personal income tax rates, higher capital gains and corporate tax rates, and even higher death taxes on estates.

Trump has also changed the character and composition of the GOP, making it more of a working- and middle-class party.

Where George H.W. Bush sought to build a "New World Order" with America as global hegemon and George W. Bush peached a global crusade for democracy "to end tyranny in our world," Trump is all-in on "America first." Bush transnationalism belongs to yesterday.

Even in confronting Xi Jinping's China, Trump's primary concern is not on how Beijing treats its people but on how it treats us.

America has a history of such cold realism.

FDR recognized Stalin's regime in the USSR in 1933, when Hitler rose to power in Germany. Ike invited Nikita Khrushchev to tour the U.S. after the "Butcher of Budapest" had drowned the Hungarian Revolution in blood. During the Cold War, we partnered with Somoza, the Shah, Gen. Pinochet and Generalissimo Chiang Kai-shek.

Trump, too, sees himself not as a moral crusader for human rights but as a defender of American interests in the world.