NO To “Hapless Jackal” Mike Pence Too! Trump Has Better VP Choices

I do sympathize with WaPo’s Philip Bump (Why Donald Trump’s near-certain vice presidential pick changes every day, July 11, 2016): “There's a palpable sense that Trump could legitimately pick anyone to be his vice president…We will not be updating this article as new rumors arise. We do have other work to do.” But for immigration patriots, Trump’s choice could be a big deal.

The good news: I was relieved to hear that Joni Ernst 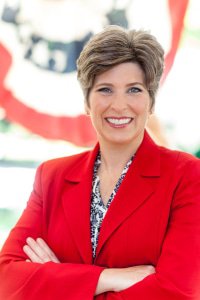 had removed herself (sort of) from consideration.  [Ernst all but withdraws from Trump veepstakes, by Burgess Everett, POLITICO, July 6, 2016]. Ernst has spent barely a year in the U.S. Senate. She is reasonably articulate and can handle herself on TV, but is far from tested against a relentlessly partisan Main Stream Media.  She attended mediocre educational institutions and shows no sign of being particularly intelligent. Although she had a B rating from Numbers USA, this was primarily for making a few good votes against Obamnesty and Sanctuary Cities, which virtually all Republicans made.  During her 2014 Senate campaign, she studiously avoided addressing the issue, never mentioning it unless pressed, and only giving vague “secure the borders” rhetoric.  Ernst was one of only nine Senate Republicans not to sign onto a brief opposing Obama's executive amnesty.  [Senate GOP files Supreme Court brief against Obama’s immigration actions, Politico, April 4, 2016]

Thus Ernst’s gender is her sole qualification.  And, as Trump’s campaign manager Paul Manafort correctly told the Huffington Post’s Howard Fineman some time ago, selecting a woman or minority “would be viewed as pandering.”  [Donald Trump’s Top Adviser: ‘This Is Not A Hard Race’, May 26, 2016]

Pence would be a bigger folly than Ernst—or even Gingrich. His main contribution to immigration policy during his time in Congress: nearly snatching defeat from the jaws of victory during the 2006-2007 Amnesty War. When the Senate passed the McCain-Kennedy Amnesty/Immigration Surge and the House seemed determined to block it, Pence broke with Tom Tancredo and introduced the “Pence Plan,” which more accurately should be called the “Krieble Plan,” after his donor Helen Krieble, who ordered it up.  The main difference from McCain-Kennedy: Pence would have put corporations in charge of the Amnesty—making illegals eligible for a “guest-worker program that will be implemented by firms in the private sector” with “no cap on the number of visas that can be issued".  [A Middle Ground on Immigration, Wall Street Journal, June 10, 2006]

Pence successfully rallied Conservatism Inc. around his plan, but, fortunately, grass roots immigration patriots defeated him.  While I do not want to harp too much on what he did a decade ago, Pence’s betrayal could easily have destroyed the country.

Pence has tried to stay quiet on immigration since then. But he maintains his past positions.  When asked about immigration in late 2014, he said “there’s plenty of room here for compassion and there’s plenty of room here for crafting a solution that will deal with this in the long term.”  He re-endorsed his failed corporate amnesty, saying we should find a “middle ground between mass deportation and amnesty" which would create "a rational guestworker program" and a "legal avenue for people to participate in our economy."  [Newsmakers with Governor Mike Pence, C-Span, August 22, 2014] Admittedly, this policy minutiae is inside baseball. And if Pence had the courage and capacity to stand up for Trump’s America First message now, he could perhaps be acceptable.  But we know that will never happen.

Pence is a doctrinaire social conservative and is best known nationally for signing Indiana’s Religious Freedom Restoration Act, which led to massive outcry from the homosexual lobby and its catamites in corporate America.  But when the Left descended on Indiana, he could not defend himself effectively and he ultimately caved.

VDARE.com Editor Peter Brimelow, while noting that VDARE.com does not take a position on anything except the immigration issue, commented scathingly that Pence’s performance was “hapless” and likened it to

watching a fairly contemptible, but nonetheless warm-blooded and therefore in some sense sympathetic, animal—say a jackal—seized by the snout and dragged by a singularly repellent reptile to a horrible death. 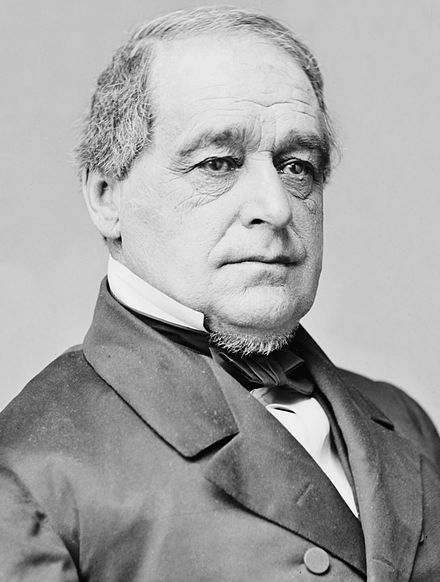 Trump needs to make gains with middle and upper middle class whites, especially women.  Right now, Trump’s moderate stance on social issues has helped win some of those voters. But Pence would energize the gay and feminist lobbies against him—without attracting social conservatives who remember his betrayal.

Most importantly, if Pence is too stupid and cowardly to stand up to the Leftist/ MSM/corporate alliance for a cause that is dear to his heart, how can we expect him to do the same for immigration patriotism—to which he is, at best, indifferent?

Recently, Ann Coulter brilliantly noted Lincoln’s first vice president Hannibal Hamlin as a model for Trump.  Hamlin and Lincoln never met until after they had been elected.  At their first meeting, Lincoln fondly recalled seeing Hamlin give a speech year earlier that was “'chock up' with the very best kind of anti-slavery doctrine.”   Hamlin replied that he was pleased they were "in accord in our anti-slavery principles.”

But Pence, Ernst, and many of the other GOP mediocrities under consideration are no more “in accord” with Trump’s political principles than Lincoln was with Jefferson Davis.

Who should he choose?

Of course Trump should take Ann Coulter’s advice and select

Neither currently appear to be in consideration—but with Trump, who knows?

Prognosticators have also long speculated that Trump would consider

and Trump himself recently tweeted praise for Cotton:

Senator Tom Cotton was great on Meet the Press yesterday. Despite a totally one-sided interview by Chuck Todd, the end result was solid!

My opinion: Cotton would make an excellent running mate—and even if he is not selected, he has the opportunity to become a leader in the America First movement.

Cotton balances Trump.  He’s young, 39 years old, has a firm grasp of policy with undergraduate and law degrees from Harvard, and he is an Iraq and Afghanistan veteran.   While he is not the most charismatic speaker, he is articulate and can handle himself well in hostile interviews. He has a reputation as a hawk with strong conservative movement and Tea Party backing.

On immigration, Cotton has a B+ grade from Numbers USA.  He has co-sponsored a couple bills to empower local law enforcement to fight illegal immigration and mandate E-Verify. I have heard from reliable sources that he truly understands and is committed to reducing immigration.

Cotton certainly understands the Hispanic vote.  After noting how poorly pro-amnesty John McCain did with Hispanics, he told the New Yorker, "whatever it is that we can do to appeal to Hispanic voters, it would seem, is independent of what we do on immigration.”  [Occupied Territory, by Ryan Lizza, June 20, 2016]

Beyond immigration, and unlike Mike Pence, Cotton has shown spine in fighting bipartisan Political Correctness.  He can take credit for almost single handedly halting the “criminal justice reform” efforts in the U.S. Senate, and has even said we had an “under-incarceration problem.” [Sen. Tom Cotton: U.S. has 'under-incarceration problem', by Nick Gass, Politico, May 19, 2016]

Admittedly, Cotton has drawbacks.  He is from a solidly red state and his conservatism may disturb moderate swing voters.

Prior to entering Congress, Cotton was a consultant for McKinsey & Company. Along with Bain Consulting (from which Romney’s Bain Capital spun off), and Boston Consulting Group, McKinsey is considered is considered one of the Big 3 or MBB of global consulting firms. It has offices in Saudi Arabia and China.  Just thinking about it will make Democratic oppo researchers salivate.

But management consulting is far less controversial than private equity. And unlike Romney, who founded and at one point owned Bain Capital, Cotton was only one of thousands of low-level employees—I’d be shocked if Clinton’s campaign does not include at least a handful of McKinsey alumni.  Thus, it will be much harder for this Narrative to stick, although the MSM will do its best.

Cotton’s biggest potential weakness: his hawkish foreign policy.  He rose from a first term Congressman to U.S. Senator in 2014, with the assistance of leading neoconservatives.  Bill Kristol’s Emergency Committee for Israel gave Cotton’s campaign nearly a million dollars, while Paul Singer and the John Bolton Super PAC gave him another combined $1.1 million [G.O.P.’s Israel Support Deepens as Political Contributions Shift, by Eric Lipton, New York Times, April 4, 2015]  Kristol even tried to recruit Cotton to run a Third Party campaign against Trump  [Here Are All the People Bill Kristol Can't Get to Run for the White House, by Max Rosenthal, Mother Jones, May 12, 2016]

But, so long as Cotton can defend Trump’s America First foreign policy effectively, this could be an asset.  He might even persuade a few pro-Israel billionaires to support (or at least not oppose) Trump.  Furthermore, if the neoconservatives’ golden boy that they hoped to run Third Party defects, to Trump, it would actually weaken their influence.

Lying Press footnote: I was initially concerned when I saw headlines like these after Meet The Press’s Chuck Todd questioned Cotton:

There were literally dozens of similar articles, all focused on Todd’s question, “I understand the case against Hillary Clinton. What's the case for Donald Trump?”  and Cotton’s response, “Donald Trump can ultimately make the case for himself.”

But these reports suppressed Cotton’s follow-up:

Donald Trump can ultimately make the case for himself. But Donald Trump, like most Americans, like most Republicans, believe in protecting America's core national interests. He believes as do I, as do most Americans, that we aren't yet doing enough to take the fight to the Islamic State. That the intervention in Libya was ill-considered and slapdash at the time. And we're living with the consequences of it now. That we have to get tougher when it comes to our intelligence and law enforcement practices to stop Islamic terrorism. On those matters, our party is largely united. And I say that we have the vast majority of Americans with us.

Maybe Cotton should not have uttered even a sentence to be torn out of context. But these types of headlines and text show new heights of MSM dishonesty in smearing Trump. (See also Trump, Saddam and why people mistrust the media, by David Wiegel, Washington Post, July 6, 2016)

And I must say I am intrigued by the most recently-reported Trump flirtation:

Flynn is reportedly pro-choice (which I personally think would help Trump). But what immigration patriot can resist this confrontation with MSM Goodthinkers? Trump VP Shortlister Michael Flynn Corrects ABC's Martha Raddatz On Immigrants: "Illegal — Not Undocumented"?