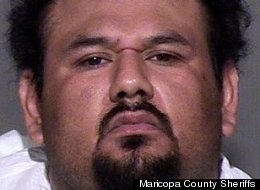 In 2012, a woman told police she was kidnapped, stripped naked, robbed, and sexually assaulted at gunpoint. One of the accused: Apolinar Altamirano, an illegal alien who—like the DREAMers—came to the country when he was 14 years old. Altamirano pled guilty to felony burglary and was sentenced to probation and turned over the ICE for deportation proceedings.

But he was released on bond pending the hearings. Over the next two years, he incurred two protective orders for making violent threats. One came from a Quik Trip convenience store in Mesa, Arizona and the other, made on January 19, 2015, was from a woman who said he had repeatedly threatened to kill her and aimed a gun at her boyfriend. Three days later, Altamirano murdered Quik Trip clerk Grant Ronnebeck over a pack of cigarettes.

In response to outrage, ICE released a terse statement:

After reviewing his immigration and criminal history, which showed only this conviction, ICE determined that under applicable law, Mr. Altamirano was eligible for bond. Mr. Altamirano posted a $10,000 bond on January 7, 2013. Mr. Altamirano's removal case was still pending with the immigration courts at the time of his most recent arrest.[Suspect in Mesa QT killing faced deportation proceedings, By Jim Walsh, The Arizona Republic, February 2, 2015]

An anonymous ICE official defended the decision, noting that because the state prosecutors allowed him to plead down to a non-violent felony and "did not deem Altamirano a sufficient enough public-safety threat to impose any prison time,” ICE simply followed their lead.[Why did ICE release suspect in QT killing?, Daniel González and Jim Walsh, The Arizona Republic, February 2, 2015]

Needless to say, you wouldn’t know about this story, or the stories of countless other Americans victimized by illegal aliens who had been caught and released, by reading the New York Times's May 15, 2015 editorial “End Immigration Detention”—or the United States Conference of Catholic Bishops/ Center for Migration Studies report “Unlocking Human Dignity: A Plan to Transform the U.S. Immigrant Detention System.” [PDF]

Instead you would read about "vast network of jails and prisons" filled with wonderful immigrants "who are locked up merely because the government wants to make sure they show up in immigration court." According to the NYT Editorial Board, the system represents “the inhumanity and wasted expense of imprisoning people who could be working and providing for their families.”

No mention, of course, of the people like Altamirano who are not even being detained in the first place.

Nor any mention just how relatively few illegal aliens are actually detained. As the Center for Immigration Studies’ Jessica Vaughn points out

ICE is carrying a case load of 1.8 million aliens who are either in removal proceedings or have already been ordered removed. Less than two percent are in detention, which is the only proven way to ensure departure.[ Deportation Numbers Unwrapped, October 29, 2013]

The New York Times Editorial Board correctly notes that the reason why so many people are in detention centers for so long is because there are “nearly 442,000 cases were pending before immigration judges, with an average case waiting 599 days to be heard.” It intones: “[t]his is not efficiency or due process.”

But this is the direct equivalent the child to kills his parents and asks for mercy because he is an orphan. The only reason why there is such a long backlog in the immigration courts is all the red tape and bureaucratic delay disguised as “due process,” which whistleblower Juan Mann described as a process where "it ain't over until the alien wins."

The NYT reminds us that illegals aren’t the same as regular criminals: “Immigrant detainees are not criminal defendants or convicts serving sentences.” The USCCB/ Center for Migration Studies report complains that “[f]ederal law treats non-citizens in civil removal proceedings more harshly than it does criminal defendants awaiting disposition of their cases or even convicts awaiting sentencing or the execution of a sentence,” and notes that a higher percentage of criminals are granted bail than immigrants.

And the NYT claims: “Ending mass detention would not mean allowing unauthorized immigrants to disappear.”

But neither bothers to mention the difference between regular criminals and illegals is not in the illegals’ favor—they abscond more than criminals. 59% of aliens released pending a deportation hearing do not show up in court.[Deportation Basics, By W.D. Reasoner,CIS.org, July 2011] In contrast, Bureau of Justice statistics say only 21-24% of criminals skip bail.

Interestingly enough, according to the Department of Justice, Hispanic defendants “were predicted to be charged with misconduct more often than whites” and even slightly more than blacks. Thus we can expect that the 59% absconding rate to be even higher if even more illegal and criminal aliens were let out while awaiting hearing. [  Pretrial Release of Felony Defendants in State Courts, Bureau of Justice Statistics, November 1, 2007. PDF ]

Despite this, the NYT argues:

Ending mass detention would not mean allowing unauthorized immigrants to disappear. Supervised or conditional release, ankle bracelets and other monitoring technologies, plus community-based support with intensive case management, can work together to make the system more humane.

Yet even with bond and supervised release, criminals like Altamirano managed to have two protective orders filed against him without ICE revoking his bond. And after the outrage, ICE claimed it didn’t know about the orders.

If ICE dumped all the criminal aliens out on the streets, does the NYT honestly think it would do a better job “supervising” them?

As for the ankle bracelets, the USCCB/Center for Migration Studies report that the NYT Editorial Board endorses calls them a “violation of human dignity.”

I’m sure it’s not pleasant to have an ankle bracelet, or to live in a detention center. Yet the illegals would not be there if they had not broken into our country, often committed other crimes, and then fought the deportation. (Anyone in immigration detention can leave by consenting to be deported to their home country.)

Grant Ronnebeck and the all-too-many other Americans victims of illegal aliens who should have not been in this country in the first place are the real people who have suffered from a “violation of human dignity.”