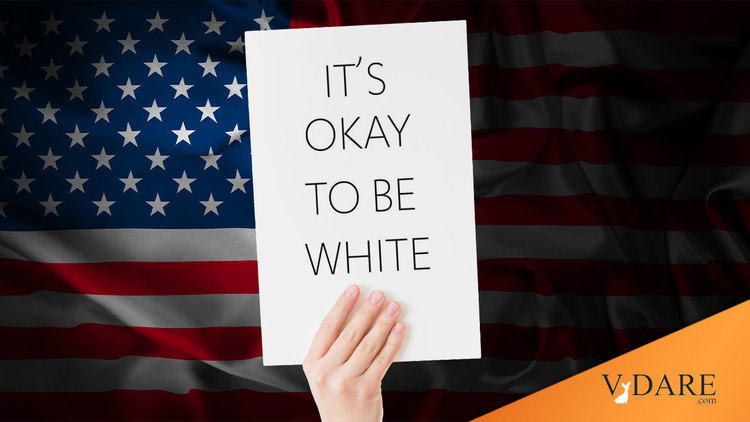 MSM Frets That GOP/GAP Is Embracing “White Identity” Politics. But That’s What The Base Wants

The Leftist Mainstream Media is worried about a GOP/GAP wave this election cycle. They fret that Republicans are—gasp—embracing White Identity Politics. They wring their hands about Republican candidates and lawmakers who mention anti-white racism. They shriek over attempts to ban Critical Race Theory. They publish Dem Talking Point “fact checks” about truthful claims that Democrat states discriminate against whites in distributing treatment for the China Virus. And they really don’t like complaints about President Biden’s crass promise that his first nominee for the U.S. Supreme Court must be a black woman, especially embarrassing because Affirmative Action is now on SCOTUS’ docket. Funny thing: the MSM is at least partly right. The GOP is reluctantly embracing White Identity politics—because it wins elections. But it needs to go much further.

A sample of what the Lügenpresse thinks is a fire bell in the night:

The first two articles attacked Republicans for bringing attention to the various states that prioritize non-whites for virus treatment. But Biden’s FDA recommended it, and according to Politico above, Biden’s CDC head Rochelle Walensky defended it.

This is well-known, and when not denying, the MSM either justifies it or encourages it—see a partial list of our coverage below:

The third bemoans Trump’s attack on progressive prosecutors—many of whom are black—who spend more time on his business dealings than on crime. The fourth focused on Republican criticism of Biden’s excluding whites from the pool of candidates to replace Justice Stephen Breyer. Apparently, you’re simply expected to accept all this.

But the MSM does have a point about GOP rhetoric finally targeting anti-white racism. At a rally in January, Trump said that whites face discrimination that puts them in the back of the line. “If you're a white guy, tough luck,” Texas Sen. Ted Cruz said of Biden’s message on his Supreme Court pick. Republicans are prioritizing Critical Race Theory as one of their prime midterm issues, and some have had the courage to say it’s nothing more than anti-white racism [Blake Masters: You Have To Be Able To Say “Critical Race Theory Is Anti-White Racism,” by Tim Hains, RealClearPolitics, January 23, 2022].

The MSM is right to fear that white identity politics will play well for Republicans. A November poll found that nearly half of American voters want the CRT anti-white curricula banned. Only 20 percent of voters support it, while a third aren’t quite sure what it is [Poll: Nearly Half of Registered Voters Oppose Teaching of Critical Race Theory, by Susan Berry, Breitbart, November 16, 2021].

The plain fact is that the GOP base wants white identity politics. The surveys show it. A 2020 think tank study of Trump voters found that they were primarily defined by their opposition to immigration and political correctness and their affinity for white identity [The National Populist Illusion: Why Culture, Not Economics, Drives American Politics, by George Hawley and Richard Hanania, CSPI, November 30, 2020]. Ohio Senate candidate J.D. Vance’s pollster found that the issues that most animate GOP primary voters deal with race and culture [J.D. Vance pollster issues warning on Ohio Senate race, by Alex Isenstadt, Politico, February 7, 2022]. On nearly every issue dealing with immigration, voters were more likely to vote for Vance knowing that he is an immigration patriot. These issues include punishing Sanctuary Cities and increasing deportations.

Some on the Right spin Trumpism as Moynihanian ends by Buchananite means. But here's what it looks like in practice. pic.twitter.com/ebaKIycQW5

While the Leftist MSM mock the idea of anti-white discrimination, the vast majority of Republicans surveyed believe it’s a real problem.

Here's a larger version of that chart above: 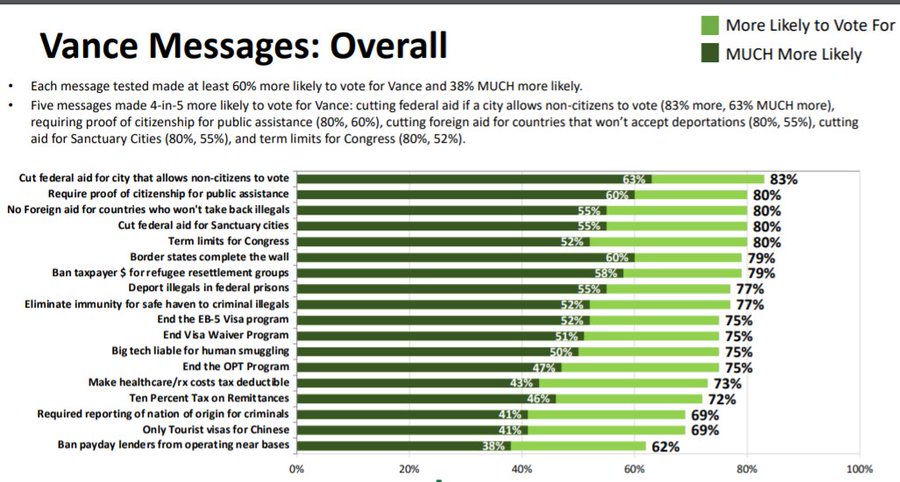 The “Sailer Strategy,” named for VDARE.com’s great Steve Sailer, is a proven political winner. Republicans can hope for big victories if they oppose anti-white racism in the classroom and in public policy. It’s the smart and natural thing to do.

Anti-white hatred defines the Democratic coalition. In every sector of policy—education, immigration, health care, even foreign affairs—Democrats emphasize that their policies will shaft whitey in favor of the great POC coalition. Anti-white identity politics is the glue that holds together the Democrat Party’s fringe coalition.

They want white kids to learn to hate themselves, to put whites at the back of the line for health treatment, to discriminate against them in employment, and to open the borders to replace them. It’s all justified in the name of racial “equity.” But it’s nothing more than a nice way of saying they want to destroy the Historic American Nation.

The GOP must do much more to show it’s the party of white Americans aka the party of the Historic American Nation. They must adopt and champion an immigration moratorium, an end to birthright citizenship, and more forcefully, challenge the erasure of American heritage.

Campaigning against anti-white discrimination is a good sign. But the party must do more than talk. It must explicitly act for the benefit of white Americans.