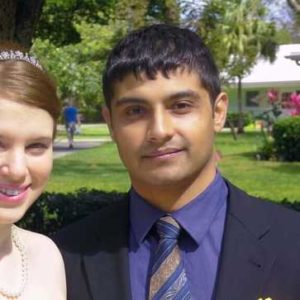 BOSTON—On the day Boston Children's Hospital celebrated being named "the number one pediatric hospital in the nation" by U.S. News & World Report, I was interviewing Dana Gottesfeld in nearby Somerville, Massachusetts. Dana is the young wife of Martin "Marty G" Gottesfeld, an imprisoned technology engineer/activist who used his skills to fight against medical child abuse committed at Boston's Children's Hospital.

"That is so Boston," Dana observed Tuesday in response to the new ranking—which is already splashed in multiple gold medallions across the hospital's website.

It's all about power, prestige and pull in the top echelons of the Bay State's medical community, many New Englanders have informed me. BCH's teaching affiliate is Harvard Medical School. The ties between and among influential and wealthy alumni in the realms of health care, politics and the courts are innumerable.

And like the third rail, those who dare challenge these renowned institutions risk great danger to their freedom and their lives.

Dana's husband, Marty, faces felony charges of computer hacking and conspiracy related to distributed denial-of-service (DDoS) attacks in April 2014 against Boston Children's and the nearby Wayside Youth and Family Support Network residential treatment. Marty had organized a social media army to knock the computer networks of both institutions offline to protest the medical kidnapping of then-15-year-old Justina Pelletier. Hackers from the loose-knit collective, Anonymous, allegedly participated in the campaign. Justina's plight had become international news in Marty's backyard. One fateful winter day in February 2013, Justina traveled with her mom to BCH from her West Hartford, Connecticut, home, seeking relief from a severe case of the flu. Ordinary sickness compounded Justina's rare medical conditions, including mitochondrial disease and postural orthostatic tachycardia syndrome. But those illnesses hadn't stopped her from participating in school, competitive ice skating and an active family life.

Instead of receiving top-notch care and attention at BCH, however, Justina was snatched from her parents and recklessly re-diagnosed with a psychological condition, "somatoform disorder." She was dragged from BCH's neurology department to its infamous psych ward, where she was reprimanded for being unable to move her bowels or walk unassisted in her weakened state. At Wayside, she was harassed by a staffer while taking a shower. The physical and mental torture lasted 16 months.

"They tried to break us all," Justina's dad, Lou, told me at his West Hartford home, where Justina fights to recover from post-traumatic stress and physical deterioration suffered while she was held hostage.

But the arrogant, tunnel-visioned torturers failed. Thanks to an aggressive awareness-raising campaign by an eclectic coalition including Justina's family, the Christian Defense Coalition's Rev. Pat Mahoney, conservative media personalities and left-leaning critics of the Massachusetts child welfare bureaucracy, Justina was eventually freed and reunited with her parents.

Marty G's DDoS attacks were an instrumental catalyst at a time when Justina's family faced a gag order for speaking out.

"I never imagined a renowned hospital would be capable of such brutality and no amount of other good work could justify torturing Justina," Marty wrote in a recent online explanation of why he intervened.

"BCH calls what it did to her a 'parentectomy,' and there had been others over at least the past 20 years. I knew that BCH's big donation day was coming up, and that most donors give online. I felt that to have sufficient influence to save Justina from grievous bodily harm and possible death, as well as dissuade BCH from continuing its well established pattern of such harmful 'parentectomies,' I'd have to hit BCH where they appear to care the most, the pocket book and reputation."

On Tuesday, a federal judge in Boston finally set a court date in Martin "Marty" Gottesfeld's case. After more than a year behind bars without bail (including about 80 days in solitary confinement and a stint in the same detention center as Mexico's notorious drug cartel kingpin "El Chapo"), Marty now faces trial in January 2018. He was barred from attending his beloved adoptive father's funeral in April.

"It was the right thing to do," Dana told me through tears as she cradled a Homeland Security storage bag with Marty's wedding ring. She recently lost her job as a result of her advocacy for Marty. But the couple, who have never met Justina or her family, will keep fighting medical kidnappings. Relentless as ever, Marty stressed in a brief phone conservation with me the need for state and federal "Justina's Laws" to protect wards of the state from being used as research guinea pigs by prestigious medical institutions.

Both the supporters of Justina and Marty remain aghast at the brutal treatment of their loved ones while the real menaces breathe free.

Justina's message from her wheelchair in Connecticut: She hopes her torturers "get what they deserve."

Is anyone in Washington listening?

Malkin's special program on the plight of Justina Pelletier and Marty Gottesfeld will air later this year on CRTV.com's "Michelle Malkin Investigates." 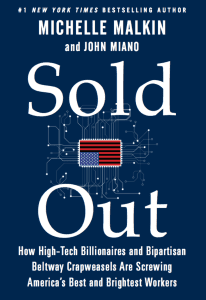