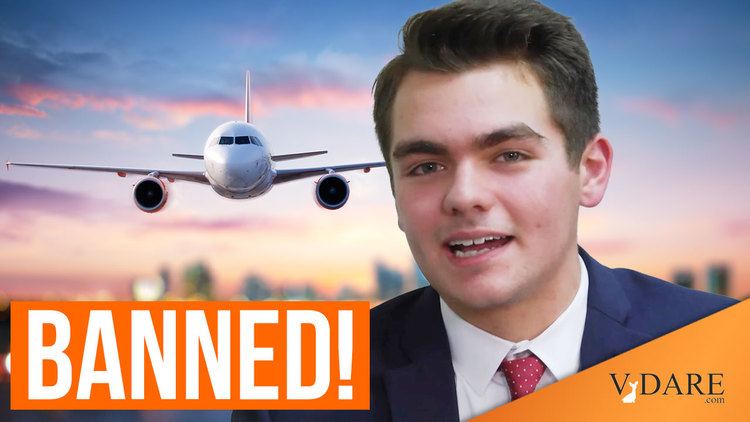 I sent a simple request in April to my government for public data that taxpayers have the right to see. Through the federal Freedom of Information Act, I asked the Transportation Security Administration (as well as the Federal Bureau of Investigation) for the following information:

No. 2: All information, documents, records and communications within the TSA and/or between the TSA and the FBI regarding attendees of the Jan. 6, 2021, Capitol rally and their inclusion on the no-fly list, selectee list and extended selectee list from Jan. 6, 2021, through the present. (I requested copies of all information, records, emails, phone logs/transcripts, letters, notes, memoranda and all electronic or nonelectronic communications/records/information related to aforementioned events and aforementioned parties.)

You'll be interested to know, my fellow American citizens and taxpayers, that the price of unlocking the TSA/FBI's no-fly secrets is precisely $4,536 ($28/hour). Michael Tobias, government information specialist at Department of Homeland Security/Transportation Security Administration/Freedom of Information Act Branch, informed me that "it would take a combined search time of 162 hours" to fulfill my request and that half of the estimated cost—$2,268 of the $4,536—would be due up front as an advance payment. "Thank you and have a great day!" Tobias ended his missive to me.

So much for "freedom" of information. LOL.

I have appealed this onerous tax on investigative journalism and refiled my FOIA request this week, noting that I am a member of the media and reiterating that any information I receive will be shared with the public. Stay tuned for updates, but in the meantime, ask yourselves (and your elected representatives, while you're at it) this question:

What is our government trying to hide at such a high cost to ordinary Americans?

As I reported in this column in April, the subjects of my FOIA request (Nick Fuentes and Lauren Witzke) have faced repeated obstacles to traveling by air since the beginning of the year. Their plight is part of what I believe is a clearly coordinated campaign of discrimination by Big Government and Big Tech against America First nationalists. Remember: Multimedia entrepreneur Nick Fuentes has been banned by all the usual Big Tech suspects (most recently by Twitter last week after the Anti-Defamation League published a hit piece), along with livestream service DLive, Coinbase and every payment processor for his forceful advocacy of populism, an end to mass migration and protection of the nuclear family. Former Delaware GOP Senate candidate Lauren Witzke (banned from Twitter for calling a pedophilia-flirting transgender activist "demonic") had her Wells Fargo account shut down just last month.

Both attended the Jan. 6 U.S. Capitol rally for former President Donald Trump, but neither had entered the building. Neither has been charged with any crimes. Both were peacefully exercising their First Amendment rights. Yet, President Joe Biden's TSA and multiple airlines told Fuentes he no longer has "clearance" to fly; Witzke cannot check into flights online, is swabbed for explosives and has "Secondary Security Screening Selection" marked on her tickets. My FOIA request would help unearth clues as to the criteria for putting untold thousands of innocent American citizens on secret lists and tyrannically classifying them as "security" threats.

Witzke called out the feds' information lockdown for the bribery that it is: "The full force of the federal government is trying to extort ordinary Americans who just want to know the truth. WHY are they persecuting us?"

Laura Loomer, another early and repeated victim of Big Government/Big Tech abuse, also weighed in: "Not only are they trying to extort people for wanting to know the truth, but they won't even reply to my lawyers [sic] requests to find out why the FBI has illegally red flagged me" and prevented her unilaterally from owning firearms. "The federal government is illegally extorting Americans and they are abusing their power to politically persecute and target political opposition."

The rest of the deep-pocketed corporate media remains stubbornly uninterested in freeing the truth on behalf of persecuted dissidents. It's not a newsflash, but it bears repeating: The Fourth Estate is not a neutral actor, but an active collaborator with the Swamp and Silicon Valley in stifling America First.