Memo to Trump: 'Action This Day!'

Donald Trump should be magnanimous and gracious toward those whom he defeated this week, but his first duty is to keep faith with those who put their faith in him.

The protests, riots and violence that have attended his triumph in city after city should only serve to steel his resolve.

As for promptings that he "reach out" and "reassure" those upset by his victory, and trim or temper his agenda to pacify them, Trump should reject the poisoned chalice. This is the same old con.

Trump should take as models the Democrats FDR and LBJ.

Franklin Roosevelt, who had savaged Herbert Hoover as a big spender, launched his own New Deal in his first 100 days.

Lyndon Johnson exploited his landslide over Barry Goldwater in 1964 to erect his Great Society in 1965: the Voting Rights Act, Medicare and Medicaid. He compromised on nothing, and got it all.

Even those who turned on him for Vietnam still celebrate his domestic achievements.

President Nixon's great regret was that he did not bomb Hanoi and mine Haiphong in 1969—instead of waiting until 1972—and bring the Vietnam War to an earlier end and with fewer U.S. casualties.

Nixon's decision not to inflame the social and political crisis of the '60s by rolling back the Great Society bought him nothing. He was rewarded with media-backed mass demonstrations in 1969 to break his presidency and bring about an American defeat in Vietnam.

"Action this day!" was the scribbled command of Prime Minister Churchill on his notepads in World War II. This should be the motto of the first months of a Trump presidency.

For the historic opportunity he and the Republican Party have been given by his stunning and unanticipated victory of Nov. 8 will not last long. His adversaries and enemies in politics and press are only temporarily dazed and reeling.

This great opening should be exploited now.

Few anticipated Tuesday morning what we would have today: a decapitated Democratic Party, with the Obamas and Clintons gone or going, Joe Biden with them, no national leader rising, and only the power of obstruction, of which the nation has had enough.

The GOP, however, on Jan. 20, will control both Houses of Congress and the White House, with the real possibility of remaking the Supreme Court in the image of the late Justice Antonin Scalia.

Senate Majority Leader Mitch McConnell and House Speaker Paul Ryan have indicated they are willing to work with President Trump.

There is nothing to prevent the new GOP from writing history.

In his first months, Trump could put a seal on American politics as indelible as that left by Ronald Reagan. 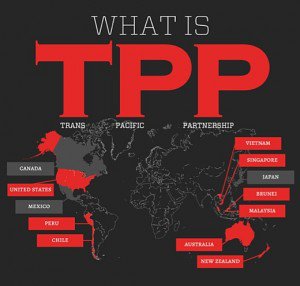 A partial agenda: First, he should ignore any importunings by President Obama to permit passage of the Trans-Pacific Partnership in a lame-duck session—and let the trade deal sink by year's end.

On Jan. 20, he should have vetted and ready to nominate to the high court a brilliant constitutionalist and strict constructionist.

He should act to end interference with the Dakota Access pipeline and call on Congress to re-enact legislation, vetoed by Obama, to finish the Keystone XL pipeline. Then he should repeal all Obama regulations that unnecessarily restrict the production of the oil, gas and clean coal necessary to make America energy independent again.

Folks in Pennsylvania, southeast Ohio, Kentucky and West Virginia should be shown, by executive action, that Trump is a man of his word. And when the mines open again, he should be there.

He should order new actions to seal the Southern border, start the wall and begin visible deportations of felons who are in the country illegally.

With a new education secretary, he should announce White House intent to work for repeal of Common Core and announce the introduction of legislation to put federal resources behind the charter schools that have proven to be a godsend to inner-city black children.

He should propose an immediate tax cut for U.S. corporations, with $2 to $3 trillion in unrepatriated profits abroad, who will bring the money home and invest it in America, to the benefit of our economy and our Treasury.

He should take the president's phone and pen and begin the rewriting or repeal of every Obama executive order that does not comport with the national interest or political philosophy of the GOP.

Trump should announce a date soon for repeal and replacement of Obamacare and introduction of his new tax-and-trade legislation to bring back manufacturing and create American jobs.

Donald Trump said in his campaign that that this is America's last chance. If we lose this one, he said, we lose the country.

The president-elect should ignore his more cautious counselors, and act with the urgency of his declared beliefs.

Patrick J. Buchanan needs no introduction to VDARE.COM readers; his books State of Emergency: The Third World Invasion and Conquest of America, and Suicide of a Superpower: Will America Survive to 2025? are available from Amazon.com. Patrick J. Buchanan is the author of the new book “The Greatest Comeback: How Richard Nixon Rose From Defeat to Create the New Majority.“