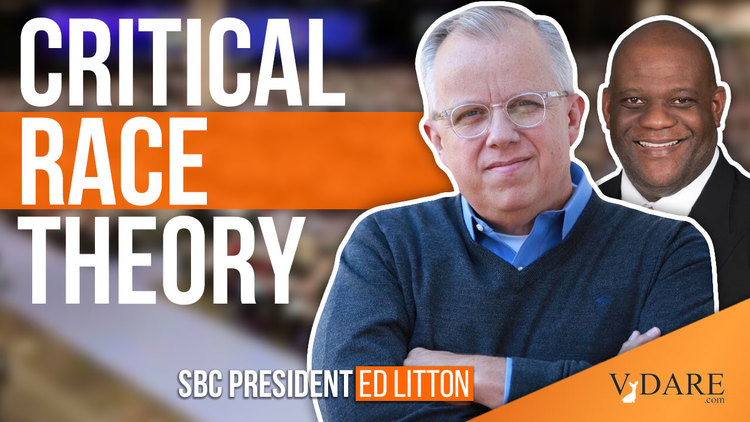 The departure of Soros Evangelical Russell Moore as President of the Ethics and Religious Liberty Commission of the Southern Baptist Convention (SBC) has not stopped the denomination’s drift to the Left nor detached it from Critical Race Theory. At its recent annual meeting in Nashville, Tennessee [June 15,16], despite opposition from the Conservative Baptist Network, conventioneers elected a relatively liberal president, Ed Litton, and let stand 2019’s endorsement of CRT. Indeed, in attempting to clarify that endorsement with a new resolution, the anti-white ideology went unmentioned. The latest from the SBC has left more than one observer unhappy.

Like many other denominations, the SBC is declining in membership.  And, it has its own sexual abuse scandal.

Besides that, the SBC elite is obsessed with race, tends toward “wokeness”, and its leaders seem  embarrassed by their denominational  past and southern heritage.

On the eve of the latest annual meeting, a few black SBC pastors threatened secession if they didn’t get what they wanted.

“Race-related tensions within the Southern Baptist Convention are high heading into a national meeting next week,” the NBC affiliate in Dallas-Fort Worth reported:

The election of a new SBC president and debate over the concept of systemic racism may prove pivotal for some Black pastors as they decide whether to stay in the denomination or leave.”

It could be a watershed moment for America's largest Protestant denomination. The SBC was founded before the Civil War as a defender of slavery, and only in 1995 did it formally apologize for that legacy—yet since 2000 its Black membership has been increasing while white membership declines.

Over the past year, however, several Black pastors have exited the SBC in frustration over what they see as racial insensitivity within its overwhelmingly white leadership.

One of those unhappy black clergymen was Dwight McKissic [Tweet him], who submitted and pushed a measure condemning the Alt Right a few years ago:

Dwight McKissic of Cornerstone Baptist Church in Arlington, Texas, said his church will quit the SBC if either of two leading conservative candidates wins the presidency: Albert Mohler, president of the Southern Baptist Theological Seminary, or Mike Stone, a pastor from Blackshear, Georgia, whose core supporters view Mohler as insufficiently conservative.

Both “have made statements that Black Baptists would find anathema, regarding racial matters and politics,” McKissic said via email. “I could not proudly call myself a Southern Baptist if either of them wins.”

The SBC was formed in 1845, when southern Baptists separated from northern Baptists over the issue of whether slaveholders could be missionaries. Yet recently SBC has done nothing but cater to the Zeitgeist on the race question since at least 1995, when it adopted a resolution that was nearly Maoist in its self-criticism [Resolution On Racial Reconciliation On The 150th Anniversary Of The Southern Baptist Convention, SBC.net, June 1, 1995].

Among its points were these:

(It was for ridiculing what he called this “politically fashionable gesture” that the late Sam Francis was deprived of his column at the Washington Times).

That covers a lot.  But did it solve the problem?  Did it allow the Southern Baptists to “move one”?

Apparently not.  There was plenty more to come.

Then came 2019 and the resolution on CRT [On Critical Race Theory And Intersectionality]. Frighteningly, it went way beyond the mea maxima culpas of the past and instead affirmed these anti-white, racist ideologies as “analytical tools” in evaluating society while being subordinate to Scripture.

The WuFlu canceled the 2021 meeting, but SBC was back at the race game this year with its Resolution 2 on Scripture and racial harmony [On the Sufficiency of Scripture for Race and Racial Reconciliation, June 15, 2021]. Conservative rank-and-file Baptists expected an explicit condemnation of CRT. Instead, the SBC voted to reaffirm the Big Apology of 1995, and punted on CRT by not giving so much as a mention:

Note that Critical Race Theory wasn't called out by name.  That was intetional.

Kevin Apperson, a Southern Baptist pastor from North Las Vegas, spoke on the floor on the convention:

I, like many people, have flown a great distance to address an ideology, which tells me that I am inherently guilty because of the melanin content of my skin. If we do not have the courage to call a skunk a skunk, let’s not say anything.

It sounds like Pastor Apperson, picture below with his family,  is thinking about his posterity:

Outside observers were none too happy, either.

An effort was made to combat this and ultimately failed. The Resolutions Committee rejected several resolutions submitted in an attempt to condemn CTR/I. Moreover, this resolution codifies the arguments that Critical Race Theorists within the church make, that they are not undermining the sufficiency of Scripture. By leaving this issue ambiguous, this resolution doubles down on Resolution 9. But [Former SBC chief] James Merritt would not have it. Instead, he would give Southern Baptists the runaround claiming that this resolution is a one size fits all for numerous ideologies that challenge the sufficiency of Scripture like Darwinism. The Southern Baptist fell for it. A vote to end debate quickly followed and the resolution was passed as presented. ...

This is a complete betrayal of the trust of the congregation that sent them with the mandate to condemn Critical Race Theory and not elect a woke president. Both of these objectives thus far failed abysmally.

Of course, Fava was equally unhappy with Litton who narrowly defeated Mike Stone, who “carried the banner” for the Conservative Baptist Network [Mike Stone Is A Conservative Hero, Capstone Report, June 16, 2021], by only 556 votes, 52.04 percent to 47.81, after two rounds of voting. Stone had more votes the first time around, but a candidate needs more than 50 percent to win [SBC steers a decidedly conservative course but rejects the most far-right agenda while putting Executive Committee and Ronnie Floyd on notice by Mark Wingfield, Baptist News, June 16, 2021].

Litton’s victory came “after a massive smear campaign by Russell Moore and others,” Fava wrote. “The woke have gained a decisive victory over the Conservative Baptist Network.”  For the record, the CBC counts some of the country’s most prominent conservatives as members, including former Arkansas Governor Mike Huckabee and Tony Perkins of the Family Research Council. 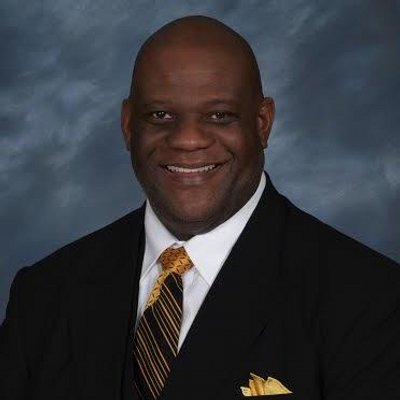 One Baptist who was happy? McKissic, right,  the black pastor who threatened to bolt the congregation if things went south, as it were. He decided to stay with SBC after all.

Repeatedly being asked, am I going to remain in the SBC. Integrity demands that I do so. Resolution 9 [Critical Race Theory statement from 2019] was/is untouched & Ed Litton, a man who has a good track record & right heart on race, was elected president. Therefore, I will remain. SBC is in good hands with Litton.

Repeatedly being asked, am I going to remain in the SBC. Integrity demands that I do so. Resolution 9 was/is untouched & Ed Litton, a man who has a good track record & right heart on race, was elected president. Therefore, I will remain. SBC is in good hands with Litton.

Another happy camper:  David French [Under Attack from Fundamentalist Pirates, Evangelical Baptists Refused to Give Up the Ship, The French Press, June 20, 2021]. “Pirates”? Stone and his cohort are Southern Baptists—SBC is their ship, too!

French was tickled that his more Progressive coreligionists prevailed. The original CRT resolution in 2019, he said, is a “classically Evangelical document. … [W]while there are things Christians can learn from critical race theory, scripture is still supreme. When CRT conflicts with scripture, then scripture rules.”

Message: No need to change a thing.

Stone and his band of buccaneers beg to differ.

But the vote was close. Clearly, the SBC’s internal war between the Woke Left and Christian traditionalists aren’t going away any time soon.

I’m not a Southern Baptist, but I am sympathetic. Here’s my advice, which I’ve offered before: SBC comprises autonomous churches it neither owns nor controls. They can secede any time.

These issues aren’t going away.

One issue that went away this time is immigration. The only SBC resolution that mentioned it called on the U.S. government to “prioritize the admission of Uyghurs to this country as refugees.” (This although the Uyghurs are Muslim, albeit part Caucasian—not that that matters to the modern SBC.)