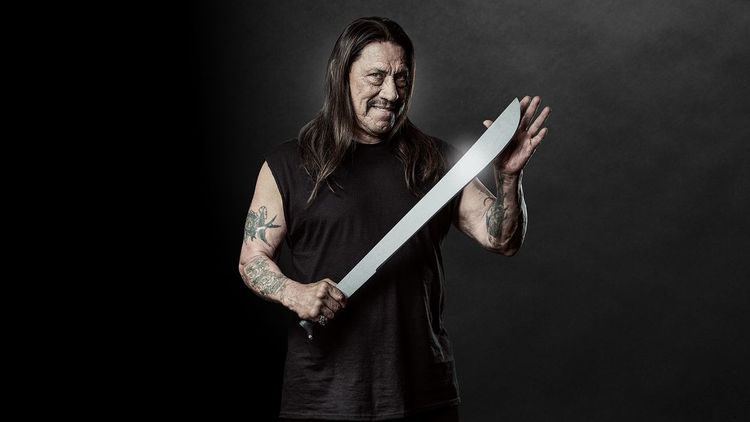 Machete: It's How Hollywood Really Sees Us

Steve Sailer noted in 2002 that Hispanics, despite growing to a larger proportion of the population than blacks, had virtually no pop culture impact in films because

"…in our imaginations, America remains a white and black country. When American moviegoers think about 'celebrating diversity,' what they think about are films with black cops and white cops learning to overcome their differences as they pursue the bad guys."

In an attempt to fill this void comes Robert Rodriguez's Machete—a film subsidized by the state of Texas (Rick Perry, Governor) and distributed by Fox.

Machete spoofs Blaxploitation films from the 1970s, and is widely described as "Mexploitation".

While Shaft and Superfly are seen as the seminal Blaxploitation movie, Machete takes its cue from the poorer produced and cheesier and more anti-white movies B-Movies such as Dolemite (1975)—a pimp repeatedly framed by racist whites whom he ends up killing, after he sleeps with their wives.

The movie begins in Mexico where Federale Machete (Danny Trejo) is set up by Mexican Drug Kingpin Torrez (Steven Seagal).  Torrez kills Machete's wife and leaves him for dead.  Machete escapes and moves to America under the help of a group of friendly smugglers and day labor leaders called "The Network" in Austin, TX.  The Network has an arsenal and plans an all-out violent revolution against the white racists.

At the same time a group of border vigilantes led by Lt. Von Jackson (Don Johnson) are driving around in Jeeps shooting illegal aliens.  He shoots a defenseless pregnant woman and explains how this is necessary because the child will become a U.S. Citizen.  He is joined by Texas State Senator McLaughlin (Robert DeNiro) who yells "Welcome to America" before shooting another defenseless illegal alien.

McLaughlin is running ads comparing illegal immigrants to parasites. He says we are at war, and makes putting an electrified border fence as his top campaign statement.

Machete is paid by a shady businessman named Michael Booth (Jeff Fahey), who is purportedly opposed to the border fence because he wants cheap labor, to kill the State Senator.  But it turns out that Booth is working for McLaughlin, and they wanted to set up a failed assassination attempt they could pin on an illegal alien.

It then turns out that McLaughlin and Jackson are stooges for the Torrez Cartel—who want the fence so they can shut out their competition.

After surviving the set up, Machete exacts vengeance against the racists and leads The Network's revolution.  All the evil white racists end up dead, but only after he sleeps with their wives and daughters.

The one sympathetic American citizen is Mexican-American ICE Agent Sartana Rivera (Jessica Alba) who is described by the film's website as "a beautiful Immigrations Officer torn between enforcing the law and doing what is right".   By the end of the movie, she yells to a crowd of armed illegal aliens "we didn't cross the border, the border crossed us".

It would be futile to try to explain why each little piece of propaganda is factually and logically flawed, but here are a couple of nuggets.

Machete does not pretend to be a serious movie. The movie is intentionally clichéd, corny, tasteless, and over the top.

This supposedly means we shouldn't take it seriously.

"Conveniently timed to sprinkle gasoline on the fires of the immigration debate, Robert Rodriguez's splatter comedy Machete has already riled up hardliners in advance of its release. Although laughter is the appropriate response to this pulpy, lighthearted gorefest, its pro-Mexican, anti-American stance is so gleefully inflammatory that some incensed nativists may refuse to get the joke." [Growl, and Let the Severed Heads Fall Where They May, Stephen Holden, New York Times, September 2, 2010]

One can imagine how the New York Times would react to a movie where illegal aliens and their supporters are portrayed as sociopathic racists and murderers allied with drug cartels.  So long as it was portrayed in a "gleefully inflammatory" manner, I'm sure the Grey Lady would accuse anyone offended of being humorless.

While Machete is put together with a slapstick purpose, its creators certainly intended to promote the usual agenda.  On Cinco de Mayo, they recut the trailer to open, "This is Machete with a special Cinco de Mayo message ... to Arizona."

Certainly, anti-white racists are more than happy to champion it.  One popular movie website describes the film as "a salsa-covered middle finger to the forces in the US that have chosen to wage war against an entire race of people while hiding their insidious intentions behind the altruism of keeping America's borders safe." [Machete, The Diva Review, September 3, 2010]

And in between the movie's obviously over-the-top violence and rhetoric, there is some non-ironic talk about how we have a "broken system". A group of disillusioned guards for one of the evil racists talk about how they realized that our immigration policy is unfair.

"It is easy to dismiss the angry political threads running through Robert Rodriguez's Machete. While it's easy to simply say that 'it's just a comedic throwback to the exploitation films of the 1970s', one must remember that those films did indeed tackle the political and social issues of the day. Whether by coincidence or design, the film ends up being an uncommonly timely glance at one of the major political hot-button topics of the day. Because it is a violent action picture, it resolves its specific issues with confrontation and carnage, and it eventually becomes a form of wish-fulfillment fantasy. But in an age where we constantly complain of empty-headed mainstream entertainment, it is a disservice to both the film and to our own desire for relevant mainstream film-making to ignore the fiery conscience at the heart of this over-the-top piece of Mexican myth-making." [Machete, Scott Mendelson, Huffington Post, September 3, 2010]

I wholeheartedly agree, but from the opposite perspective: cheesy dialogue and grindhouse violence doesn't mean the anti-white, anti-American, treasonous agenda of this film should be ignored

We can thank Robert Rodriguez, Rick Perry, and Fox for giving patriotic Americans an honest look of how Hollywood really sees us.