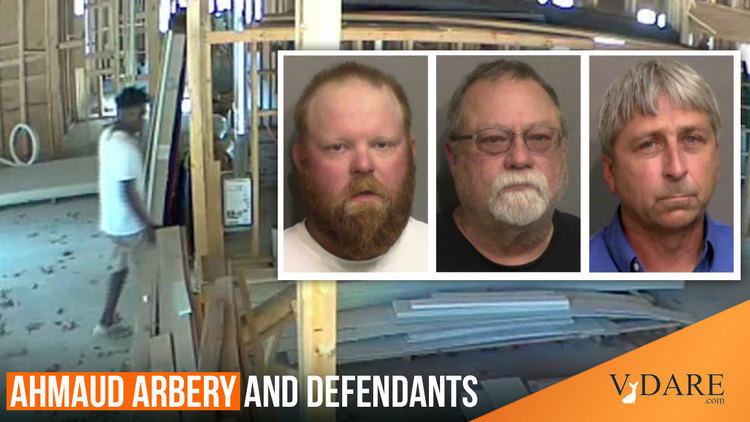 The convicted murderers of Ahmaud Arbery were sentenced yesterday. Travis McMichael, who is 35 and pulled the trigger, got life in prison with no possibility of parole. His 66-year-old father Greg, who was riding with him, got the same, so both will die in prison—barring appeal. William “Roddie” Bryan, 52, who drove separately and took a cellphone video of the fatal moments, got life with the possibility of parole after 30 years, when he will be 82.

This is outrageous punishment for three men who clearly had no intention of killing or even harming anyone. Race was at the heart of this; if Arbery had been white, this case would surely never have gone to trial. I wrote a detailed account of the trial and verdicts here. These life sentences have to be understood in context.

The Satilla Shores neighborhood on the Georgia coast where the incident took place had seen a rash of petty crimes. Residents bought security cameras and stopped letting children play outside at night. Ahmaud Arbery was caught on video five times—mostly at night—wandering through a building under construction a few doors from where the McMichaels lived.

Twelve days before the shooting, Travis McMichael saw Arbery at the building. He got a gun, called police, and with another armed neighbor, searched the building, but Arbery was gone. The responding officer thanked the men for their vigilance and did not say they should not have been armed.

On the day of the shooting, Arbery was again at the building. A neighbor spotted him, and he sprinted away. The McMichaels saw him running, recognized him from videos, and chased him in their pickup. Travis, who had thought Arbery might be armed from the way he acted the first time he saw him, took a shotgun, and his father Greg had a pistol. They followed for five minutes, and several times came close enough to shout out the window, “Stop. We want to talk to you.” They called 911. At some point, Mr. Bryan joined the chase and took the video.

The McMichaels gave up following Arbery and parked in a place where they could get a good view of cross streets, so they could tell the police which way Arbery went. What happened next is on the video: Arbery could have run around their truck and kept going—he had already done that twice—or he could have turned off the road into unfenced land. Instead, he ran toward the pickup, darted around it, and made for Travis, who was holding a shotgun. The moment of contact is off camera, but the men are seen grappling for the gun as shots go off.

The first prosecutor on the case, George Barnhill, interviewed the three men, watched the video, and wrote a report to explain why he did not bring charges. He stated that the men were making a legal citizen’s arrest, were legally armed, and had probable cause to think Arbery was a burglar. Mr. Barnhill added, “[A]t the point Arbery grabbed the shotgun, under Georgia law, McMichael was allowed to use deadly force to protect himself.” Mr. Bryan later released the video, thinking it would calm blacks who were complaining that charges should be brought. Instead, there was outrage.

The ensuing trial was not fair. The judge refused to change venue. Throughout jury selection and all during the trial, blacks demonstrated, loudly demanding “justice for Ahmaud.” They marched through the neighborhood where Arbery was shot. Prominent blacks—Jesse Jackson, Al Sharpton, Martin Luther King III—sat in the courtroom with Arbery’s mother; the defense called this jury intimidation. Black preachers formed a “prayer wall” outside the courthouse, and on at least one occasion, New Black Panthers patrolled with guns.

Armed Black Panthers showed up in the neighborhood of the men who murdered Ahmaud to protect protesters! Two of the men involved in the murder have been charged but a third person who filmed the murder, is still free! #JusticeForAhmaudArbery pic.twitter.com/LvVqonfV7I

The judge, Timothy Walmsley, excluded all of the following evidence: 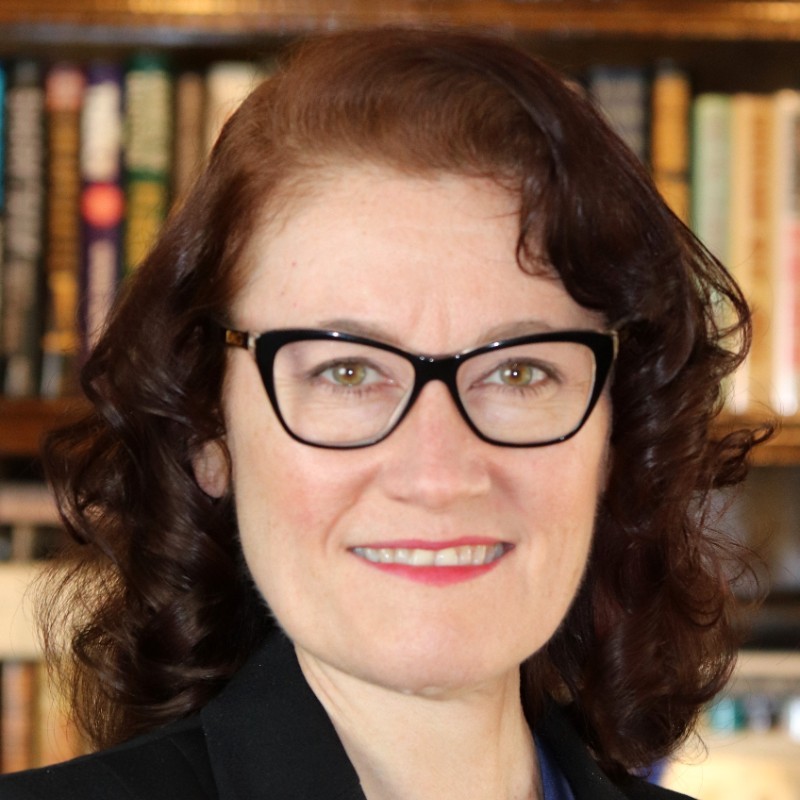 In the evidence admitted at trial there was nothing about race, but in her closing argument, Prosecutor Linda Dunikoski, right,  claimed that Arbery was shot “because he was a black man running down the street.” A jury of nine white women, two white men and one black man took only 10 hours to find Travis guilty of “malice murder”—the Georgia equivalent of first-degree, premeditated murder. The law assumes malice when “all the circumstances of the killing show an abandoned and malignant heart.” Gregory was found guilty of “felony murder,” which is a lesser charge, but carries the same penalty of a minimum of 30 years and possible life. Mr. Bryan was also found guilty of “felony murder,” because he tried to box Arbery in with his pickup.

At the time of the killing, Georgia had a broad citizens’ arrest law—since gutted by the state legislature and denounced by Gov. Brian Kemp as “a Civil War-era law ripe for abuse.”

It is legal to carry weapons in Georgia. It is legal to drive alongside someone and ask him to stop and talk. It is legal to use deadly force if you have good reason to think your life is in danger. The prosecution argued that since the McMichaels had gone looking for Arbery they could not then claim self-defense. Does that mean Travis was supposed to let Arbery beat him to death or take away his shotgun and shoot him?

Should the men have got off scot-free? District Attorney Barnhill thought so. Mr. Bryan certainly should have walked away. And if the McMichaels are guilty of anything, they certainly don’t have “abandoned and malignant” hearts and don’t deserve to die in prison.

His sister Jasmine said the three men thought Arbery was a “dangerous criminal” because of his dark skin and curly hair. Arbery’s father said the men “lynch[ed] my son in broad daylight” and denounced “their evil and hate” [All 3 white men convicted of murdering Ahmaud Arbery are sentenced to life in prison, NPR,  January 7, 2022].  Arbery’s mother, Wanda Cooper-Jones, said that raising him was “the honor of my life,” adding that the three men “were fully committed to their crime” and “chose to target my son because they didn’t want him in their community. . . . When they couldn’t sufficiently scare him or intimidate him, they killed him.”

We expect emotional, imaginative stuff from black victims, but not from judges. Judge Walmsley agreed with Miss Cooper-Jones, and said, “I kept coming back to the terror that must have been in the young man running through Satilla Shores.” He called for a minute of silence in the courtroom and asked everyone to imagine the horror of running for your life for that long. “Ahmaud Arbery was then hunted down and shot,” he added.

This is as fanciful as anything the family said. If the men wanted to kill Arbery, they could have shot him at any time during those five minutes. Instead, they called 911. The judge called the video “absolutely chilling.”

Judge Walmsley was in the courtroom and heard all the evidence; I wasn’t there. Nor is a judge supposed to be intimidated by demonstrations, Black Panthers with rifles, prayer walls, and black celebrities in the courtroom, but I am shocked. Those men—none with a criminal record and two with law-enforcement training—were trying to keep their neighborhood safe. There is no reason to think they wanted to hurt Arbery, and Travis did not fire until he was in a fight for his gun—and, he thought, for his life. Travis McMichael splashed with Arbery’s blood after his close encounter with Arbery. When an officer asked if he was alright, he replied, “I’m not alright. I just shot someone.”

At sentencing, Prosecutor Linda Dunikosky said Arbery was “trapped” and had no choice but to turn and fight. Wrong. He could have run in any direction and not been shot—but he would probably would have been arrested.

State-imposed life sentences aren’t enough for these men. All three now face federal “hate crime” charges because they allegedly “used force and threats of force to intimidate and interfere with Arbery’s right to use a public street because of his race.”  That trial begins February 7, and the men face up to life in prison—again—and six-figure fines.

The New York Times says Miss Cooper-Jones is “bracing herself” for the ordeal of another trial. Really? I think she is looking forward to it. The feds asked her if she would accept a plea deal, in which the McMichaels would get federal sentences of 30 years and no trial if they admitted they had been motivated by hate. She said no. “I’ll be there every day,” she said. “They need to answer to those charges as well.”

What, one wonders, is she living on that lets her sit in court every day, as she did during the state trial? She has filed a civil suit for millions of dollars against the three men, and against the original prosecutors who did not bring charges, but that payday is far off.

The McMichaels are on hard times. The two men were living with Leigh McMichael, who is Greg’s wife and Travis’s mother. The family was reportedly deep in debt even before the Arbery incident because of Leigh’s cancer and “overwhelming medical bills.” Leigh has worked as a hospice nurse. She sobbed as she testified at trial for the defense, and was present with daughter Lindsey McMichael for the verdict. They were described afterwards as “devastated.” There were no family members at the sentencing.

Has the “close-knit” Satilla Shores community stood by Mrs. McMichael or is she a pariah? Travis has a five-year-old son; what does he think of any of this? How will Leigh McMichael take care of him in a household that has lost two wage-earners? Has she thought about crowd funding? We can be sure there will be no sympathetic media profiles.

At yesterday’s sentencing, prosecutor Linda Dunikoski asked the judge not to allow the three convicted men “to make any money off of their actions such as a book deal, a movie deal, social media deal, or anything,” adding that any money they ever make should go to the Arbery family. Judge Walmsley said he would think about it.

After the verdict, Miss Cooper-Jones emerged from the courthouse to loud cheers and was photographed in a line with black supporters, all with their arms raised like boxing champions. Dozens of black-clad Panthers marched outside with black rifles. Needless to say, the right people are reveling in the sentences.  One tabloid on the reactions titled its story “Go To Jail, Then Hell.”

At the time of the verdict, the McMichaels’ lawyers said, “These are two men who honestly believe that what they were doing was the right thing to do.” No one seems to be saying that now, and if anyone—even one conservative commentator—has said a good word for these men, I haven’t heard it.

I keep thinking about Travis McMichael’s little boy. What will his life be like? Will he grow up a proud, tough Southerner who had to fight for his family’s honor against every bully who called his father and grandfather “racist killers”? Or will he change his name and slink away—and spend his life groveling? I’m afraid I know the answer.

Jared Taylor [Email him] is the editor of American Renaissance. You can follow him on Parler and Gab.