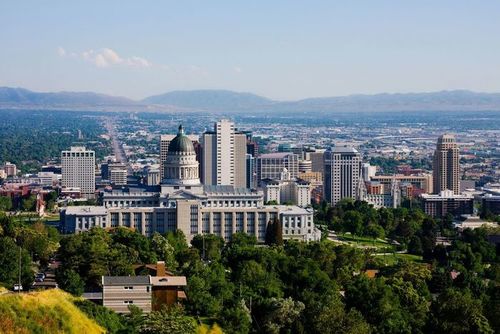 I'm a race realist. What does that mean?

It means I don't doubt that race is a real and important thing; more than that, it's fundamental to biology. 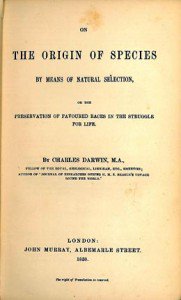 The foundational text of modern biology is Charles Darwin's book On the Origin of Species by Means of Natural Selection, subtitle: "The Preservation of Favored Races in the Struggle For Life." By "races" Darwin meant local varieties of a species.

That's the origin of species. That's what Darwin's book is about.

How long is long enough? That depends how intense is the pressure of selection driving the divergence. Animal breeders, practicing artificial selection, can get noticeable divergence in a few tens of generations. The Russian zoologist Dmitry Belyaev bred tame Siberian foxes from very wild ones in just forty generations. He got significant tameness in just five generations.

Natural selection doesn't work that fast; but if selection pressures are strong enough, tens of generations are enough for observable divergence. And it depends on what you mean by "natural." Greg Cochran and Henry Harpending have argued that the high mean IQ of Ashkenazi Jews developed across a thousand years—say forty generations—as a result of rigidly-enforced social practices and norms. [Natural history of Ashkenazi intelligence, Journal of Biosocial Science, September 2006]

The major continental-scale human races have been more or less separated, often in very different environments with different selection pressures, for hundreds of generations. The really big split, between the group that left Africa and the group that stayed there, happened from fifty to seventy thousand years ago—two or three thousand generations. Expect lots of divergence between the human races.

Darwin didn't know how heritability worked. He knew that some traits are heritable—everybody knows that—but he didn't know the mechanism. Now we know it: The mechanism is genetics.

We also know much more about what traits are heritable. Starting with the Minnesota twin study thirty-five years ago, and now with a mountain of data from twin, sibling, and adoption studies, we know that pretty much anything you can quantify about human personality, behavior, and intelligence is to some degree heritable, average-average at around the fifty percent level but sometimes much higher. We now in fact have a busy and exciting field of study called "behavioral genetics."

Given that all these traits are heritable, it follows from the ordinary laws of biology that different races will exhibit different statistical profiles on them. That's not astonishing, mysterious, or horrible: It's just first-floor-level science.

Unfortunately, it's also in contradiction with our state ideology. Forced to choose between science and ideology, most of the big institutions of our society have chosen ideology.

An exceptionally clear example of this choosing was offered by the American Anthropological Association five years ago. At their annual meeting, the Association voted to drop the word "science" from their mission statement. [Anthropology a Science? Statement Deepens a Rift, By Nicholas Wade, NYT, December 9, 2010]You can't get any more clarity than that. Academic anthropology in America is now a political movement in support of the state ideology.

Well, I'm a race realist. I think science is the bee's knees, and the state ideology is nonsense. That makes me close to unemployable, but psychologically serene. To quote from that great movie Animal House: Knowledge is good.

Why am I telling you all this? Because I have a point to make about words—which I'm also rather fond of—and current news reporting.

So here's the thing. Given all that I just said, and supposing it was all correct, how do custodians of the state ideology explain the obvious issues that arise from race differences—for example, the huge and stubbornly persistent black-white gaps in criminality, educational attainment, and so on?

The short answer is: They fall back on magic.

Magical thinking is hard-wired into human cognition, and I doubt anyone is completely free of it. I am, as Radio Derb listeners know, the very soul of ice-cold rationality; yet every day when I walk my dog I have to pat my lucky tree at the end of the street. Why? Because it feels right. If I don't pat the lucky tree, I feel uneasy for a few minutes. Why endure that unease?

Magical thinking in official, academically-sanctioned explanations for phenomena generally gets dropped when good solid replicable scientific results become available. This can take a while, though, as the history of science amply shows. When the phenomena to be explained are social phenomena, resistance is especially strong.

You see this in our current official explanations for the social issues arising from race differences. "Institutional racism," "stereotype threat," "white privilege": If you look closely at these concepts you see that they are essentially magical—mysterious emanations or vapors, invisible and unquantifiable, known only by their results, like the messages sent from the spirit world to a ouija board.

In the past couple of decades we've seen the rise of one particular explanatory strategy. That strategy recently acquired a name—or possibly it's had the name for a while and I only just recently noticed. Whatever, I really like the name: Magic Dirt.

The core idea is that one's physical surroundings—the bricks and mortar of the building you're in, or the actual dirt you are standing on—emit invisible vapors that can change your personality, behavior, and intelligence.

That's why, for example, you read so much about "bad schools" or "failing schools." The thing to be explained is that schools whose students are overwhelmingly non-Asian minorities—blacks and mestizos—get much worse results on academic tests than schools whose students are majority white and East Asian. This has been so for decades, defying even extravagantly expensive efforts to change it, like the Kansas City fiasco of the 1990s.

Parsimonious explanation: innate differences in behavior, intelligence, and personality between the races.

Magical explanation: Bad schools! The bricks and mortar of these schools, the asphalt of their playgrounds, are giving out invisible noxious vapors that enstupidate the kids!

Bob Weissberg tossed and gored the whole "bad schools" flimflam in his 2010 book Bad Students, Not Bad Schools, which I recommend to your attention.

Another aspect of the Magic Dirt theory is the current popularity of economist Raj Chetty's researches on social mobility. Analyzing millions of individual tax returns from the 1990s, then the returns of those individuals' now-adult children fifteen years later, Chetty found there's more social mobility in some places than in others. Who woulda thunk it? Sample quote:

Parsimonious explanation: Those places have different proportions of the various races, so race differences in average behaviors cause different outcomes.

A very cynical person—not me, you understand, but a hypothetical extreme cynic—might surmise that Prof. Chetty's research is funded by the real-estate industry as part of their plan to reclaim America's cities for upscale whites by driving out minorities and scattering them to distant towns and suburbs—so they can improve themselves by living on better dirt, you see?

Magic Dirt theory is a key component of immigration romanticism, too. Sure, Mexico and Central America are messed-up places, and presumably their inhabitants played some role in messing them up. If we just move thirty or forty million of those people to the U.S.A., though, our Magic Dirt will transform them into civic-minded Jeffersonian yeomen!

Our hypothetical extreme cynic might again wonder if there isn't some commercial interest at work behind the scenes there. Central Americans work for very low wages—especially when they're here illegally and dare not complain.

Magic Dirt: the explanatory power of it is truly wonderful. Perhaps we can use it to elucidate String Theory, or the Mystery of Consciousness.

I wouldn't be surprised if the Higgs boson is implicated somehow…