The really striking feature of the June 8 U.K. election was the relative success of the Labour Party under its leader Jeremy Corbyn.

This crazy old Lefty, who never saw a commie dictator or an anti-British terrorist he didn't want to kiss up to, and who won the endorsement of the British Communist Party for Thursday's election, somehow got forty percent of Brits to vote for him, five days after anti-British terrorists ran amok in the nation's capital. What's up with that?

To a person of my generation, who grew up in the Cold War, visited European communist countries, and lived for a year in communist China, Corbyn's affection for the twentieth century's greatest political blight is incomprehensible. Corbyn is, in fact, of my generation—he's four years younger than me—which makes it double incomprehensible. How did he miss noticing what a despotic horror show communism was?

Well, there is such a thing as being blinded by ideological passion, we all know that. Still the question remains: Why did forty percent of Brits vote for this whiskery old fool?

The polls show two big gaps between Tories and Labour in the voting: an enthusiasm gap, and an age gap [Election turnout: Labour gains seats where voter numbers increased more than 5 per cent, By Elizabeth Stromme and Ajay Nair, Express (UK), June 9, 2017]

A lot of people who normally wouldn't bother to vote, did so on Thursday; and they voted Labour. Where turnout increased more than five percent, Labour won.

And a lot of people who were not registered to vote, did so. Most of these were young voters registering for the first time, and again they leaned heavily towards Labour.

Enthusiasm and youth. Well, the enthusiasm goes with Mrs. May's total lack of charisma and her bungling on the campaign trail.

She put on her angry face and told her countrymen that she was very upset and something or other would be done. The Brits must "deny safe spaces to the extremists," and, quote, "assert the superiority of British values." She said there needed to be "some difficult, and often embarrassing, conversations."

Can't you just see the jihadis trembling with fear? "Forget about trying to fit that suicide belt, Achmed. The Brits are going to make us have embarrassing conversations. We can't fight against that!" 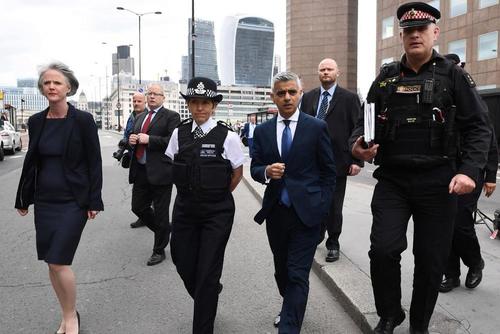 Meanwhile, the defenders of law and order hastened to warn Brits that they would crack down with maximum force on anyone who blamed Islam for the attack. London's Mayor, Muslim-supremacist Sadiq Khan, snarled that

Just as the police will do everything possible to root out extremism from our city, so we will take a zero-tolerance approach to hate crime. If you witness a hate crime, please report it to the police. If you commit a hate crime, you face arrest.

Significantly, in the subsequent public quarrel between Khan and the President of the United States, Donald J. Trump, Prime Minister May sided with Khan.[ May Condemns Trump’s Attack on Khan as She Backs London Mayor, BloombergNews, June 5, 2017]

But as for the youth: What do young Brits know about the Cold War? What do they know about the horrors of Lenin, Stalin, and Mao? The artificial famines and mass killings, the slave-labor camps and torture chambers, the crushing of dissent and the endless official lying?

They don't know anything, of course. Their school history lessons didn't tell them anything about communism. The great evils of history, they were told, were British imperialism and the slave trade. Of twentieth-century totalitarianism, all they know is Hitlery-Hitlery Hitler Hitler Hitlery-Hitler.

There's more than that going on, though—something deeper. Corbyn, like Donald Trump in the U.S.A. and Emmanuel Macron in France, is seen as an outsider—someone not part of the political establishment. 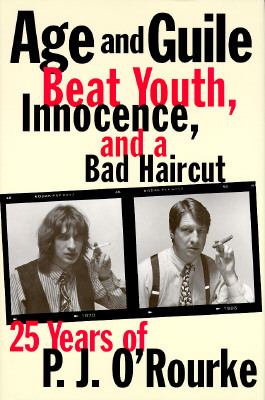 That's perfectly bogus: Corbyn has never had a job outside politics. It's bogus in Macron's case, too: Macron was actually a cabinet officer in French governments. He had done some private-sector work, though, so the degree of bogosity there is less than Corbyn's. Trump is the genuine article, a true outsider.

Appearance counts for everything in politics, though. As political as Corbyn has been all his life, he was a member of the Awkward Squad. He was never a political conformist and he never served in government. A great many Brits must have voted Labour on that basis: for a party led by a sort-of outsider, a person of principle.

The principles Corbyn is actually a person of are crazy, anti-human principles; but at least he's not just a wind-up political bot, quacking out meaningless slogans in a threadbare political diction, like, well, Theresa May.

There is a deep, and I think rising political dissatisfaction all over the Western world. Last November's election here in the U.S. was an expression of it. Sixty-three million Americans told the established political class: We don't want you, we don't trust you, we don't like you. We'll take a gamble on something different.

You've heard many, many times, I'm sure, that the political divide today is not Right versus Left but Nationalist versus Globalist. 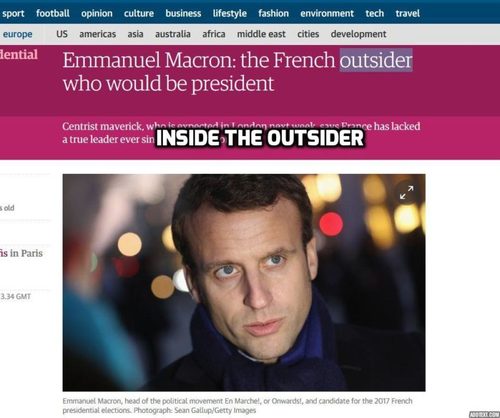 That's a part of it; and God knows, I wish it were more of it. The victory of globalist Macron over nationalist Le Pen in France shows, however, that there's more in play.

Sure, Marine Le Pen is an outsider, too. She's been around a while, though, while Macron was new, with a political party he'd invented himself out of whole cloth the year before. He was perceived as more the outsider.

Yes: nationalist v. globalist is part of it. So is age and experience v. youth and a bad haircut.

I suspect, though, that a bigger factor than either is the divide between those willing to go on giving power to our established political class and those who would be happy to see them swinging from lamp-posts along Whitehall, the Champs Élysées, or Constitution Avenue.

John Derbyshire [email him] writes an incredible amount on all sorts of subjects for all kinds of outlets. (This no longer includes National Review, whose editors had some kind of tantrum and fired him. ) He is the author of We Are Doomed: Reclaiming Conservative Pessimism and several other books. He’s had two books published by VDARE.com: FROM THE DISSIDENT RIGHT (also available in Kindle) and From the Dissident Right II: Essays 2013. His writings are archived at JohnDerbyshire.com.