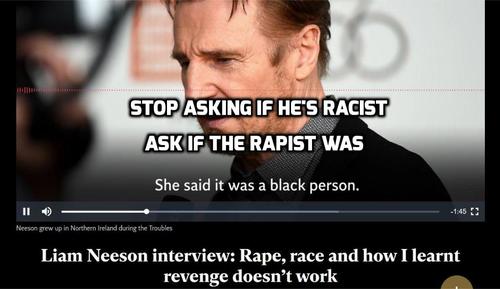 Adapted from the latest Radio Derb, available exclusively on VDARE.com. See, earlier, by John Derbyshire: Are We At Peak Anti-White?

February is, of course, Black History Month. So far, just one week in, the reminders are piling up. I have logged the following outrages that have black Americans cowering in fear in their tarpaper shacks.

If you’re interested, I’d respectfully encourage you to read the entire article and then decide what you think about Disney’s choice to revive stereotypes from the 1930s. https://t.co/LDLmyZPwfT

There are certain things in life that make no sense whatsoever and prob never will... Adidas celebrating black history month with this shoe is one example pic.twitter.com/HI5198i4gV

My first question, contemplating this nonsense: Are there  enough grown-ups in the Democratic Party to fend off the party's radicals?

Strike that! My second question: are there enough grown-ups in the United States to avert our apparently remorseless slide down into babbling infantilism?

And look at the implicit anti-whiteness on display in these stories. The merest, most trivial slight is taken to be outrageously offensive to the fragile sensibilities of blacks, even if from decades ago, while viciously anti-white comments go unremarked—will, in fact, get you a job on the New York Times editorial board, as it did for Sarah Jeong. (See Vox Explains Why You Can't be Racist Against Whites, by Steve Sailer.)

I've been a fan of Political Science Professor Eric Kaufmann since reading his book The Rise and Fall of Anglo-America a dozen years ago. (See his VDARE.com debate with Kevin MacDonald.) Now here is Professor Kaufmann this week, writing in National Review: How 'Asymmetrical Multiculturalism' Generates Populist Blowback.[February 6, 2019]

And, yes, Kaufmann can fairly be categorized as Alt-Lite. He stays well clear of live rails—doesn't touch race realism for example.

But he has an interesting mind, and a nice turn of phrase: "Asymmetrical Multiculturalism," for example.

At multiculturalism's heart … lies a contradiction: White majorities are compelled to be cosmopolitan, urged to supersede their ascribed identity. Minorities are enjoined to do the reverse.

You nailed it, Prof! Sanctified minorities get a month of their own. Cherishing their precious, nursed-and-petted "identities," they shriek and swoon at the most trivial imagined slight, and everyone rushes to soothe their wounded feelings.

The astonishing thing to me is that so many whites have put up with this silly nonsense for so long.