Is ISIS Faithful to Islam? THEY Think It Is!

"We are not at war with Islam," said John Kasich after the Brussels massacre, "We're at war with radical Islam."

Kasich's point raises a question: Does the Islamic faith in any way sanction or condone what those suicide bombers did?

For surely the brothers and their accomplice who ignited the bombs in the airport and set off the explosion on the subway did not do so believing they were blasting themselves to hell for all eternity.

One has to assume they hoped to be martyrs to their faith if they slaughtered infidels to terrify and expel such as these from the Islamic world and advance the coming of the caliphate of which the Prophet preached.

Kasich's word, radical, comes from the Latin "radix," or root.

And if one returns to the roots of Islam, to the Quran, does one find condemnation of what the brothers did—or justification?

Andrew McCarthy was the prosecutor of the "Blind Sheikh" whose terrorist cell tried to bring down a World Trade Center tower in 1993, and plotted bombings in the Holland and Lincoln tunnels.

The U.S. government depicted the sheikh as a wanton killer who distorted the teachings of his faith.

Yet, McCarthy discovered that Sheikh Omar Abdel Rahman was no imposter-imam, but "a globally renowned scholar—a doctor of Islamic jurisprudence who graduated from al-Azhar University in Cairo, the seat of Sunni Islamic learning for over a millennium."

Seeking to expose the sheikh as a fraud who had led his gullible followers into terrorism, against the tenets of their faith, McCarthy discovered that "Abdel Rahman was not lying about Islam."

"[T]he Blind Sheikh's summons to jihad was rooted in a coherent interpretation of Islamic doctrine. He was not perverting Islam," writes McCarthy in the Hillsdale College letter Imprimis. McCarthy goes on:

"Islam is not a religion of peace. ... Verses such as 'Fight those who believe not in Allah,' and 'Fight and slay the pagans wherever ye find them, and seize them, beleaguer them, and lie in wait for them in every stratagem of war' are not peaceful injunctions...."

In its formative first century, Islam conquered the Middle and Near East, North Africa and Spain with sword and slaughter, not persuasion and conversion.

Undeniably, there are millions of Muslims in America who love this country and have served it in every walk of life, from cops, firemen and soldiers, to doctors, scholars and clergy.

Yet when "moderate, peaceful Muslims" were called to testify as defense witnesses, says McCarthy, they could not contradict the Blind Sheikh's claim that he had correctly interpreted the Quran.

The questions that arise are crucial.

When we call Islam a "religion of peace," are we projecting our own hopes? Are we deceiving ourselves? Are the Muslims we respect, admire and like, as friends and patriots, assimilated and "Americanized" Muslims who have drifted away from, set aside, or rejected many core beliefs of the Quran and root teachings of their own faith?

Are they simply secularized Muslims?

When the Afghan regime we installed sought to cut off the head of a Christian convert, was that un-Islamic? Or does Islam teach that this is the way to deal with apostates?

Is the hate spewing forth from the Ayatollah toward Americans and Jews un-Islamic? Is the Saudis' cutting off of heads and hands of adulterers and thieves and suppressing of women un-Islamic?

Or is that what the Quran actually teaches?

Have the Islamists of al-Shabab in Somalia, Boko Haram in Nigeria, Hezbollah in Lebanon, al-Qaida and ISIS in Syria and Iraq—who daily die fighting in the name of Islam—misread their sacred texts?

Are they all heretics who fail to understand the peaceful and loving character of their Islamic faith?

Or is the West deluding itself? Is it possible we are the ones misreading the sacred books of Islam and what the triumph of Islam would mean for our civilization—because we lack the courage to face the truth and do what is necessary to avoid our fate?

Islam is rising again. Of its 1.6 billion adherents worldwide, many are returning to the roots of their faith, seeking to live their lives as commanded by the Prophet, the Quran and Sharia.

That would surely contradict the cherished beliefs of Western liberals.

But, then, as James Burnham reminded us, "Liberalism is the ideology of Western suicide." 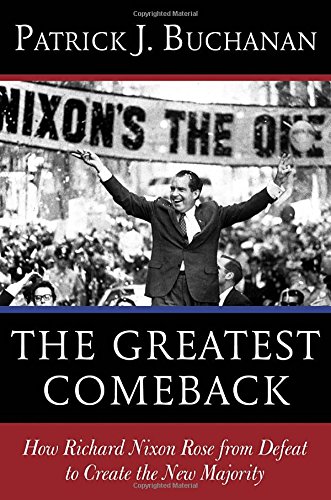