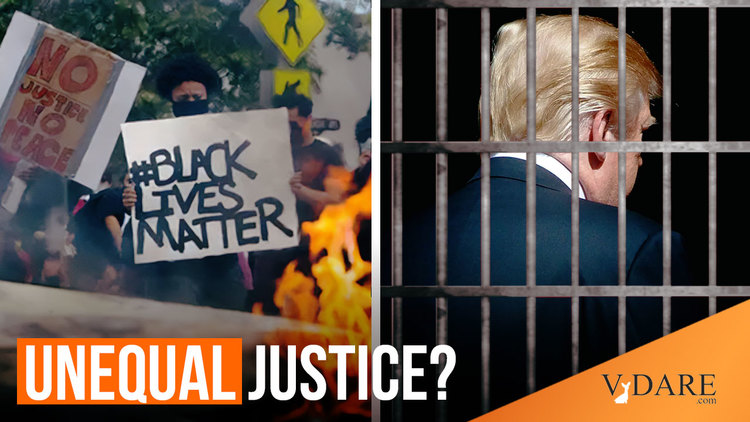 Inmates Are Running The Democrat Asylum—And They Want To Criminalize ALL Opposition, Not Just Trump

The FBI shocked America this week by raiding Donald Trump’s Mar-a-Lago. This unprecedented move astonished Republicans and conservatives and united them behind Trump. Even the average Fox News Talking Head sees the raid as an outrageous abuse of power [Supporters, GOP lawmakers rally behind Trump amid FBI search, CBS News, August 10, 2022]. But Trump is not the only victim of America’s ongoing  communist coup. The Biden Regime increasingly uses its legal powers at the bidding of its hysterical coalition of activists, who demand that it imprison their enemies. American patriots must awake to the danger posed by the communists’ control of the Department of Justice.

The @FBI raid on President Trump was approved by Director Wray, who also claimed that the illegal FISA warrants used to spy on Trump were constitutional.

Today’s raid is outrageous and unjust, but predictable.

The GOP/GAP must revolt against the FBI and curtail its abuse of power.

Democrats’ reflexive reaction has long been to indict, convict, and, if possible, jail Trump. They were discussing impeachment as early as April 2016—before Trump was nominated! Then they ramped up the Russia Collusion Hoax—and impeached Trump, twice but for completely different pretexts.

It’s obvious to everyone that the primary purpose of the January 6 commission is to find the smoking gun to indict POTUS 45. President Biden and other powerful Democrats have pressured Attorney General Merrick Garland for months to prosecute Trump. Garland  reportedly resisted these calls and claimed that the Department of Justice was trying to follow the law [Garland Faces Growing Pressure as Jan. 6 Investigation Widens, by Katie Brenner et al., New York Times, April 2, 2022]. But the Trump Mar-A-Lago raid suggests that he caved. Democrats got what they wanted [Democrats are pressuring Merrick Garland to make an anti-Trump case he doesn’t have, by Andrew C. McCarthy, New York Post, July 27, 2022].

Even before the Mar-A-Lago raid, however, federal agents staged unnecessary intimidating raids against Trump allies—such as lawyers John Eastman and Jeffrey Clark—for the “crime” of disputing the 2020 election.

Democrats and Leftists also pushed Garland to press over-the-top charges against J6 participants, and to punish savagely the ordinary protesters who did little more than tour the Capitol without authorization—just like the feminist protestors who tried to obstruct Justice Kavanaugh’s confirmation. Garland also followed orders and charged the (Alt Lite, multiracial) Oathkeepers and Proud Boys with the very rare and hard-to-prove charge of “seditious conspiracy” [Proud Boys leader Tarrio, four others, charged with seditious conspiracy, by Carrie Johnson, NPR, June 6, 2022].

In April of 2021, DOJ indicted the three white men involved in Ahmaud Arbery’s death on federal “hate crime” charges. The feds claimed the three white men confronted and killed Arbery because he was black—even though Arbery, incredibly, attacked one of the men and tried to wrestle his shotgun away.

The three white men (Gregory McMichael, his son Travis, and their neighbor Roddie Bryan) agreed to a plea deal with the feds after a state court convicted them. The deal placed them in a safer federal prison. But Arbery’s family and black activists were outraged, and forced federal authorities to rescind it [Judge Rejects Plea Deal for Man Who Killed Ahmaud Arbery, by Russ Bynum, Associated Press, January 31, 2022]. They insisted on putting the white men in a state jail—where they faced death threats from black inmates. (The McMichael Family website is here, a link to donate to support them is here.)

They got their wish with the federal convictions of all three men. All will serve time in dangerous state prisons surrounded by angry black inmates. Only one avoided a life sentence. William Bryan, who merely recorded the incident, received 35 years in jail for a hate crime conviction on top of a life sentence from the state court.

The Arbery family and activists were, needless to say, thrilled. And so was the DOJ. Garland issued an extraordinary statement after the sentences were handed down, claiming that ”protecting civil rights and combatting white supremacist violence” was his agency’s founding purpose. It seems that this Cultural Marxist agenda is its sole purpose at the moment [Georgia Dad, Son Sentenced to Life for Hate Crimes in Ahmaud Arbery Death, by N’dea Yancey-Bragg and Raisa Habersham, USA Today, August 8, 2022].

But, in addition, DOJ is now prosecuting BLM’s enemies who (unlike the McMichaels) have been cleared by state and local authorities. Thus recently DOJ indicted four Louisville KY officers in the death of Breonna Taylor, a black woman killed during a police gunfight with her boyfriend. She became a BLM cause célèbre, on a par with Floyd and Arbery. However, the officers involved in her death were cleared of any wrongdoing.

This enraged BLM activists and they demanded the feds intervene. Sure enough, they did. The DOJ just filed federal civil rights charges against the four officers on the obviously specious grounds that they served a faulty drug warrant against Taylor’s boyfriend.

The message is clear: the Biden Regime’s DOJ will punish police if they run afoul of minority activists.

It should be observed that the woman overseeing many of these investigations is a radical Black activist herself—a woman who, among other things, tried to get VDARE.com kicked off the Internet in 2020. Assistant Attorney General for the Civil Rights Division Kristen Clarke wrote in college that whites are biologically inferior to blacks and has previously supported defunding the police [I Prosecuted Police Killings. Defund the Police—But Be Strategic, by Kristen Clarke, Newsweek, June 11, 2020]. Empowered by Biden, she can now make her dreams come true.

Minority activists pressure the feds to persecute cops and whites, but they also demand authorities protect illegal aliens. Much of Biden’s immigration policy has been also shaped by ethnic lobbies. These activists demanded that Biden eliminate “Remain in Mexico.” He complied. They told the president to scrap Title 42, one of the few enforcement mechanisms the administration kept in place. He complied. They urged the administration to halt deportations. He complied.

Pretty much everything immigration-related is done with minority activists in mind; the American national interest is ignored. All that matters is that Hispanic Treason Lobbyists are happy—and they want the weakest immigration policy imaginable.

And if Leftist or minority activists demand it, the feds will even punish their own people for doing their jobs. Thus the Department of Homeland Security disciplined four border agents after they were pictured using horses to round up Haitian migrants trying to cross the border. Left-wing activists demanded consequences. The Biden Regime agreed and promised they would pay. The Regime additionally barred all Border Patrol agents from using horses.

For the Biden Regime, the real criminals aren’t illegal aliens, but border agents who do their jobs—because it impedes the Great Replacement [Border Patrol proposes disciplinary action for horse-mounted agents who clashed with Haitians, by Rick Jervis and Rebecca Morin, USA Today, July 8, 2022].

Good news is, more and more Republicans notice this travesty. Many now see the FBI as nothing more than the Political Police of the Democratic Party and want the agency defunded. At bare minimum, Republican leaders such as House Leader Kevin McCarthy want hearings to address the DOJ’s abuses. This reaction signals  that the majority of Republicans are willing to do something about Unequal Justice [‘Defund the FBI’? GOP leaders sharpen criticism of FBI, DOJ after Mar-a-Lago search, by Alex Roarty, Miami Herald, August 9, 2022].

Curtailing the federal government’s abuses against law enforcement in general and White Americans in particular must be a priority for the GOP if it retakes Capitol Hill in November.

The Mar-A-Lago raid has the fortunate effect of disabusing Americans of any positive feelings toward the FBI. The federal agency is nothing more than America’s Stasi. Republicans must act and bring these “public servants“ to heel.

If they don’t, they will be the next ones raided and arrested.