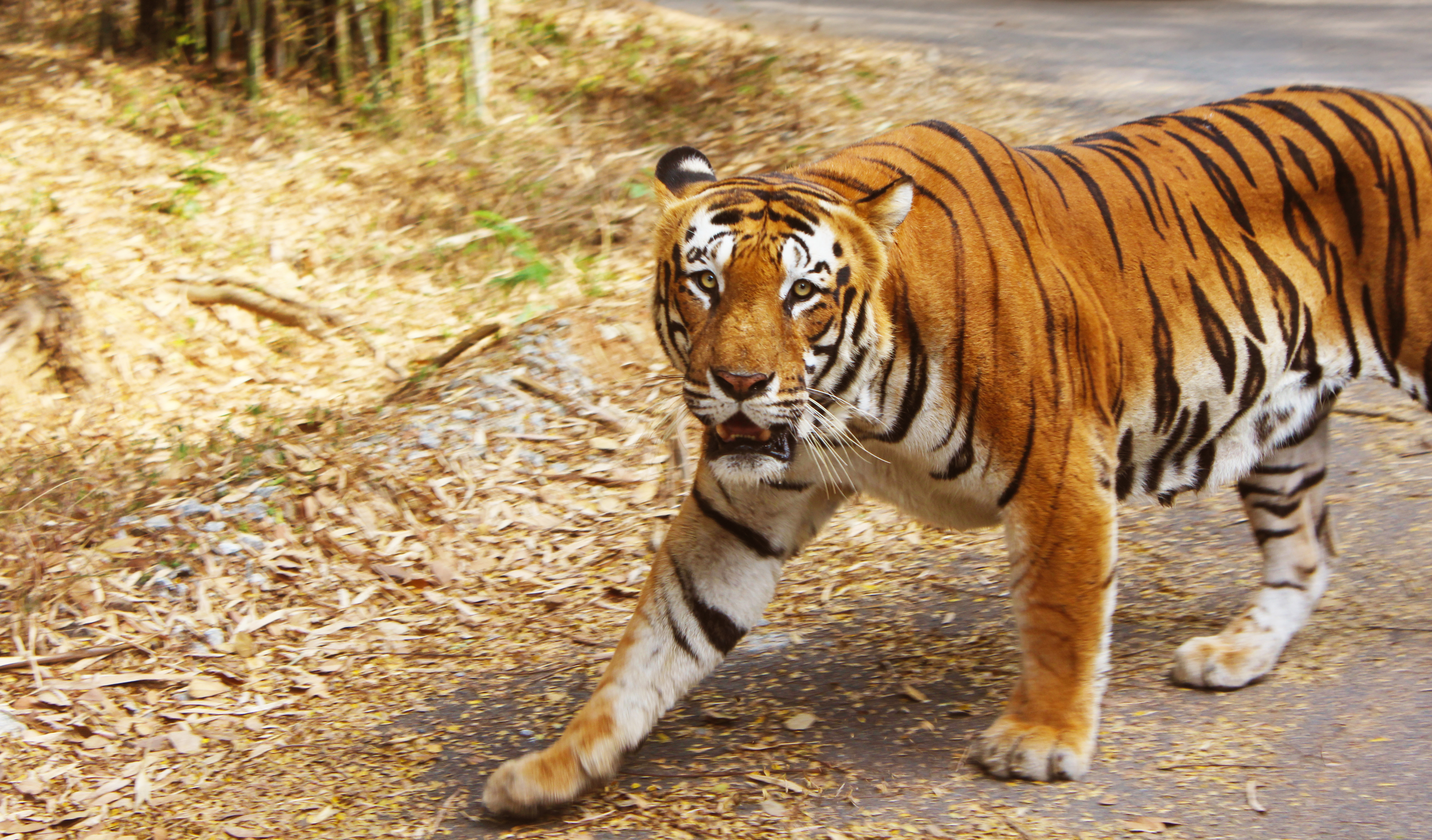 Has the Asian Tiger Gone Tiger?

When Montecore, one of two white tigers in the Las Vegas act of Siegfried and Roy, turned and almost killed Roy on stage, the reaction was that the tame and complacent beast had gone berserk.

Seems our Asian tiger is going tiger as well.

Sharply escalating its clash with Japan over ownership of the Senkaku Islands, Beijing has established an air defense identification zone over the islands and a huge stretch of the East China Sea. Before entering its ADIZ, says Beijing, all planes must now notify China.

The United States responded by flying two B-52s through the zone. Japan and South Korea sent fighter jets through, also without permission. China then sent a squadron of fighters over the islands.

While America is not a party to the dispute over who owns the islands, under our security treaty, we are obligated to come to Japan's defense if islands administered by Tokyo are attacked.

And since Richard Nixon returned Okinawa in 1972, Tokyo has administered the uninhabited Senkakus, which were first claimed by the Japanese Empire in the late 19th century.

China's contends that all territories acquired by the Japanese Empire were forfeit and should have been vacated with the Japanese surrender in 1945. Before Japan's seizure of the islands, says Beijing, they had been Chinese territory.

Yet, now, with naval vessels of both nations plying the waters around the islands and fighter jets overflying these rocks, it is hard see either the China of Xi Jinping or the Japan of Shinzo Abe backing down before a clash occurs.

And should that happen, we are in it.

Clearly, China precipitated and pushed this crisis. Since the new century began, it has been asserting long-dormant and extravagant claims of national sovereignty.

China has laid claim to all the Paracel and Spratly islands and virtually the entire South China Sea, parts of which, and the resources beneath, are claimed by Vietnam, Malaysia, the Philippines and Brunei.

In 2001, a Chinese fighter crashed a U.S. surveillance plane 80 miles off Hainan island, forcing it down, whereupon China held the crew captive and stripped the plane of its intelligence equipment, until it got an apology from the Bush administration.

China has also laid claim to virtually the entire East China Sea, which is bordered by South Korea as well as Japan. It has declared the Yellow Sea and Taiwan Strait off limits to the U.S. Navy.

China also occupies Indian territory taken in war half a century ago, though it has lately muted its claim to vast tracts in Russia's Far East along the Amur and Ussuri rivers.

China and Russia fought a border war there in 1969.

What is the China of Xi Jinping about?

With Maoism and Marxism a dead faith, the Communist Party is no longer able to invoke world revolution to justify its monopoly on power. Xi Jinping's party needs to ground its claim to absolute and permanent power on some other animating force.

China is rooting its new claims in the old standbys—history, tribe, and nation—the natural recourse of rising powers.

With corruption rampant, and glaring economic equality between its billionaires and its hundreds of millions subsisting on $2 a day, China needs a cause to divert the masses and keep them united—behind the leaders and against those the leaders designate as enemies.

The Chinese people are being told they have enemies who seek to deny their country its place in the sun. Some use the Dalai Lama to effect a breakaway of Tibet. Others encourage Muslim Uighurs to split off Xinjiang and create an East Turkestan.

The dilemma for China is that in stoking nationalism with claims of sovereignty over all adjacent seas, Beijing risks uniting its neighbors against it. China could end up isolating itself, as Asian neighbors turn to the United States for protection.

Push Japan hard enough and China may effect a change in its constitution, Japan's rearmament, and another look by Tokyo at nuclear weapons.

Pushed too hard, the U.S, and Japan, China's largest trading partners, could shift their reliance on goods to Southeast Asia.

As for America, we might want to reflect on the decision to throw open our markets to Chinese goods and to incentivize U.S. companies to shift factories, technology and jobs to a rising China

How wise does that look, now that the Asian tiger feels strong enough to begin to push the United States out of the Western Pacific, its sovereign seas, and its sphere of influence?

How will this all end? This week, China is sending its first probe to the moon—as Congress debates an increase in food stamps.

Patrick J. Buchanan needs no introduction to VDARE.COM readers; his books State of Emergency: The Third World Invasion and Conquest of America,  and  Suicide of a Superpower: Will America Survive to 2025?  are available from Amazon.com