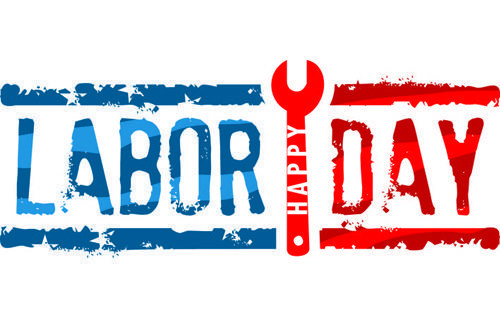 We were going to do a Labor Day piece on the history of immigration and labor, starting with Thomas Jefferson's plan to avoid importing manufacturing workers, by using Great Britain and Europe as maquiladoras:

While we have land to labor then, let us never wish to see our citizens occupied at a work-bench, or twirling a distaff. Carpenters, masons, smiths, are wanting in husbandry: but, for the general operations of manufacture, let our workshops remain in Europe. It is better to carry provisions and materials to workmen there, than bring them to the provisions and materials, and with them their manners and principles. The loss by the transportation of commodities across the Atlantic will be made up in happiness and permanence of government.

Going on to the Molly Maguires in the Pennsylvania coalfields, (a cross between the UMW and the IRA), continuing with Booker T. Washington's plea that employers not use imported labor to replace his people, who were desperate for better employment:

To those of the white race who look to the incoming of those of foreign birth and strange tongue and habits for the prosperity of the South, were I permitted I would repeat what I say to my own race, "Cast down your bucket where you are."

A. Phillip Randolph, who organized the Brotherhood of Sleeping Car Porters', was of the same opinion.

We could point out that IWW organizer Joe Hill, who murdered an American storekeeper and was executed for it, was a Swedish immigrant. (We frequently get asked if we wouldn't be less annoyed at mass immigration if it was white immigration; the answer is "Not if they're like Joe Hill.")

Then there were the murderers of Frederick Parmenter and Alessandro Berardelli. Never heard those names? You've heard of the men who killed them. Eugene Debs called them "two of the bravest and best scouts that ever served the labor movement."

Those murderers were immigrant labor organizers, too.

But the Center for Immigration Studies has gotten in ahead of us, and produced a piece of real scholarship which may do more good than our usual flying leap at liberal icons. (See above.)

Professor Vernon M. Briggs, Jr. has written a piece on "American Unionism and U.S. Immigration Policy " which should be read by everyone interested in the struggle between immigrant labor and the American working man.

Here it is, and don't we wish President Bush could read it before he goes to Detroit and Wisconsin to suck up to organized labor.

But before we go off to well deserved rest (at double-time and a half), we'll leave you with our new VDARE Labor & Immigration Archive,  all the pieces we've done to date on the effects of immigration on labor and vice versa.