Guilty But Free As A Bird 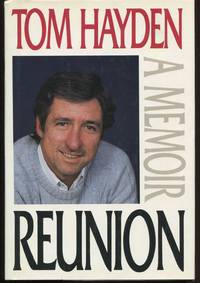 Wordsworth wrote of the Happy Warrior. Tom Hayden can reasonably claim to be the Happy Student Radical, American version, what each of his innumerable 1960s confederates might have wished to be.

Hayden wrote, in 1962 at the age of 22, the manifesto of Students for a Democratic Society, perhaps the key institution of the just-emerging New Left. He was an 'outside agitator' in the still-segregated South, one of the only two whites to be jailed in Martin Luther King's first large-scale campaign of civil disobedience. He 'organized' in the black ghetto of the northern city of Newark, New Jersey, which promptly erupted in the worst race riot of the decade. He went to Hanoi as a 'peace' campaigner, returning triumphantly with American prisoners of war in tow. He was one of the 'Chicago Seven' convicted in a sensational trial of conspiring to disrupt the 1968 Democratic Convention.

And then Hayden married a film star, Jane Fonda. He was elected to a seat in the California State Legislature and became a member of the entrenched liberal Democratic establishment there. His sprawling autobiography was indulgently received when it first appeared in America last year. In itself, Hayden's story and its reception is evidence of the success of the American New Left's 'long march through the institutions' in the age of Reagan and Bush. The upheaval of the 1960s decisively shaped the values of a significant proportion of America's political and intellectual elite including book reviewers.

But one of the inadvertent merits of Reunion is its revelation of how the student radicals were always dependent upon the indulgence, even the tacit incitement, of their elders. The SDS manifesto was called the 'Port Huron Statement' after the lake resort, loaned by labour union sympathizers, where it was adopted. Hayden went straight from the meeting to the White House, where he briefed court historian Arthur Schlesinger, who promised to tell President Kennedy. Six years later, Hayden was secretly consulting with Robert Kennedy's political rivals, President Johnson and Vice President Humphrey. The approbation of actresses is only the most glamorous of the gifts showered upon this fortunate generation.

Nevertheless, Hayden's memoir is obviously a carefully-crafted bid for complete rehabilitation. On the face of it, this is a formidable task. The plain fact is that Hayden and his fellow radicals served as a fifth column during the Vietnam War. They allied themselves with a foreign totalitarianism against American troops in the field.

Some of his exculpatory techniques may puzzle or bore a British audience. He exploits the sentimentality that is a part of American public discourse, emphasizing his reconciliation with his long-estranged father, an example of the 'reunion' of his title, and his belated discovery of family life (lost again since the book first appeared: he and Fonda have now separated).

Another ploy is a sleight-of-hand detectable only by the careful reader. Thus Hayden consistently refers to the Communist armies of Vietnam as 'the Vietnamese'. He cites the dismissal of conspiracy charges against New Left defendants as eventually in his own case without explaining that this was invariably on narrow technical grounds exploited by the movement's endless supply of aggressive, grandstanding lawyers. When cornered, as when he has to deal with the boat people and the Cambodian holocaust, he directly admits the undeniable but then moves smartly on. Only a tenth of Hayden's tome is devoted to the years after the fall of Saigon and that includes his relationship with Fonda. He does say that revolution has now lost 'much of its romantic quality' for him. Somehow, this seems hardly adequate.

Hayden's basic method, however, is suppression. Contemporaries have said he was not a moderate during the Columbia student strike, as he implies here, or during the Chicago Seven trial Abbie Hoffman, a co-defendant, described him as 'the Stalinist of the group' and denounced his book as vote-catching opportunism. Interestingly, Hayden avoids explaining what exactly the many Communists he admits were involved with the early SDS were doing there, although he is very sensitive to, and critical of, the conspiratorial tactics of two other Marxist factions, the Progressive Labor Party and the anti-Stalinist Trotskyites.

Occasionally, Hayden is just too clumsy. After arguing that he had nothing to do with the Newark riot and that the police and National Guard were responsible for many deaths, he casually remarks: 'I had been fascinated by the simplicity and power of the Molotov cocktail during those days in Newark.' And he reveals that he provided the design sketch that the New York Review of Books made into its cover, a notorious high point in intellectual radical chic. It is hard to know what to make of this telling self-condemnation. Perhaps Hayden momentarily forgot that throwing Molotov cocktails is not an American sport.

Similarly, it is jarring to read Hayden's bald statement that the Red Family, the Berkeley commune he founded, was 'discovering' Kim Il Sung's official philosophy of juche (self-reliance) in 1970, when it took the doubtless-justified step of expelling him for 'male chauvinism'.

Some much-needed perspective on Hayden's history has recently been provided by the far superior Destructive Generation: Second Thoughts About the Sixties by Peter Collier and David Horowitz, two former New Leftists whose subsequent political odyssey has been rather more complete. Collier and Horowitz quote Hayden as telling them in 1970 that 'civil war' was imminent. He was stockpiling arms and reportedly trying to get the Black Panthers to shoot down a police helicopter.

Hayden claims to have been shocked when he heard Bernadine Dohrn, a leader of the Weathermen faction, exalt the Manson cult's murders of actress Sharon Tate and others as an example of what must be done to bourgeois society right down to pushing a fork into a victim's stomach. Collier and Horowitz point out that this famous incident actually occurred at the 'Michigan War Council', the meeting at which the Weathermen prepared themselves for going underground to begin 'military action'. And Hayden gave a rousing speech.

It is easily forgotten that people died because of the New Left and not just in Indo-China. Hayden was much closer to the edge than he admits. Years later, back above ground and living legally, Dohrn's common-law husband gave Collier and Horowitz a summary of their lives which may be equally appropriate for Hayden: 'Guilty as hell, free as a bird America is a great country.'